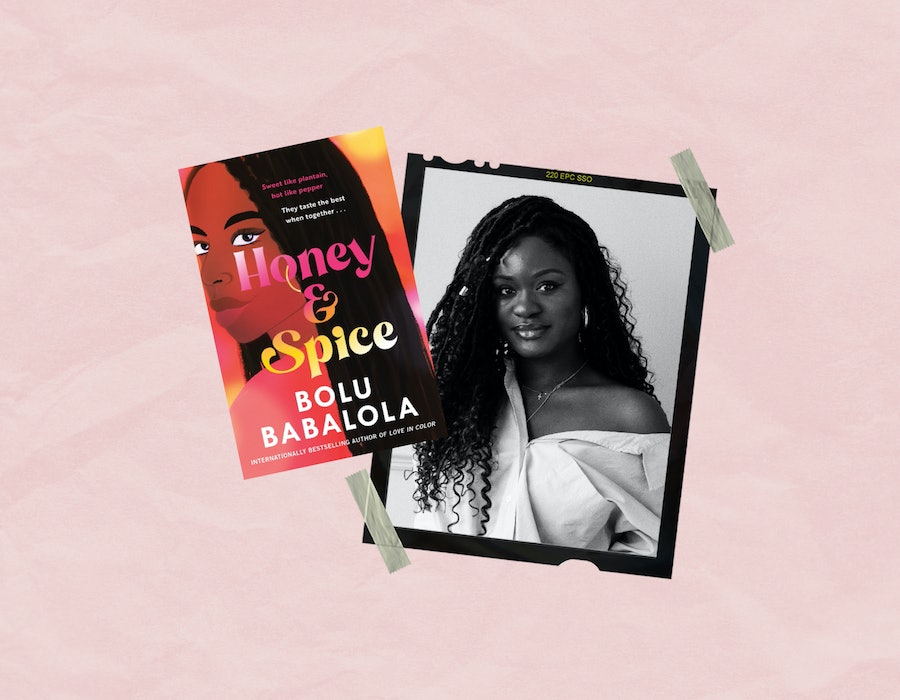 I hit a very firm, warm wall, my nose squishing against the soft cotton of a slate-gray shirt. “Shit! My bad — ”

The voice was low and smooth, thick like honey sunk to the bottom of a tumbler of cognac. I looked up—but not enough because I found I’d only reached his nose: it travelled down his face narrowly and then curved out, drastically, majestically. I mean, it was quite enough to look at, but I thought I’d try again. I tilted my head a little further up till I hit black quartz gazing at me, glinting.

He was looking at me like he knew me. That was weird for a number of reasons, including but not limited to the fact that I knew everybody in the Black caucus of Whitewell College. I knew each clique, subgroup, and faction and, granted, it was the third week of second year so there was a bunch of new people, but even so. I flicked through my mental Rolodex of mandem and came up blank. He wasn’t part of the Nigerian Princes (sons of Nigerian politicians), the Faux-Roadmen (studying pharmacy at a redbrick university is not the same as dealing, sweetie), the Future Shiny Suits Who Read (a group that could include any of the above, but who usually studied something finance-related, sought to work in the city, wanted an educated girl who knew her place; quite fine and included My Guy). Nor the Water into Wine (at the clerb) Bible Study Boys . . . nothing. Looking at his face seemed to actively contribute to my mind blankness, which was bizarre because my mind was never blank unless made purposely so. Like when My Guy was trying to talk to me about The 48 Laws of Power one time.

He blinked and cleared his throat even though when I heard his voice the first time it didn’t sound like it could get any clearer. “Uh, don’t sweat it — ”

Funny he should mention that, because I was. My skin was tingling. This was intriguing. I didn’t really sweat, and when I did (like the time I went on the elliptical for two hours while watching Beychella on my phone), it was like this, a slight prickle.

“I don’t sweat. But thanks.” I started to move past him to the lift, encouraging him to do the same, toward his destination, his destiny, away from me, when he stopped suddenly, turned around, his dark brows furrowed.

I cast a gaze across the hall, partly to obnoxiously demonstrate the fact that no one else could have just said that and also to double-check that nobody was coming out or coming in. I knew every Blackwellian who lived on My Guy’s floor and timed my visit knowing that two of them were at Bible study, one at football, and another at a friend’s birthday dinner. There was nobody. I wouldn’t be seen. I looked back at him, hitched a shoulder upward.

He nodded, his eyes squinting, concentrating the light, the corner of his plush mouth quirking up. “Sweating is a regular biological human function.”

“So, you’re saying you’re not a regular human.”

I smiled, sliding my head to the side. “Do I look like a regular human to you?” Trick question. He would stumble or leave. Stumble and leave. It was fun, tangling my words around their ankles, without them realizing, and then watching them trip.

He inhaled deeply, like he was considering the question. He stepped back a little and assessed me, flicking a quick gaze down me that felt like he was striking a match against my body. Something flared under my skin. His eyes rose to meet mine again.

“Nah. Definitely not regular.” He smiled, and my pulse stuttered. “Just not used to seeing another superhuman about, so had to double-check. It makes me feel less lonely, so thank you.”

Uh-huh. I held still. That wasn’t supposed to happen. I knew this game, this game was mine, and normally I knew how to lose them. I’d expected to lose him. In fact, I’d wanted to lose him, to shake off whatever had been clinging on to me in the two minutes we had interacted, the gliding of energy on my skin that was making me fizz (I knew having a latte past three p.m. was a bad idea, I am mad sensitive), but not only had he followed me, it was like he already knew where I was going. It was like we were going the same way. He shot me a half smile, sloping, something that managed to be tiny and also have the power to elevate his face, soften the steep angles. The sharp glare of the industrial lights in the hallway had nothing on it. It made its way to the pit of my belly and tugged.

Our eyes stayed on each other for a few seconds longer, as I attempted to figure out what the hell was happening, when a door clicked open somewhere in the near distance. Both of us jumped as if we’d been interrupted, as if there had been anything to interrupt, and turned to the direction of what would have been a disturbance, as if there was anything to disturb.

Zuri Isak stood at the door to flat 602 (I’d just left flat 601) in a crop top and leggings, curls glossy and loose. Cute, casual. Purposely cute and casual. Zuri wasn’t meant to be here. She was meant to be at her friend Nia’s birthday dinner at Sakura in town. I knew this because there was a social media countdown designed to make people who weren’t invited feel like they were missing out on the Groupon dinner, at a place where sugar daddies took their babies to dinner. Anyway, this was particularly interesting because Nia and Zuri had recently undergone a power shift in their clique whereby Nia had usurped Zuri as Queen Bee by organizing a group trip to Barcelona to stay at her stepdad’s villa over the summer while Zuri was visiting family in Michigan. Nia could have easily reorganized it for when Zuri returned but she didn’t want to do that. It was a power play. A coup. And judging by the light mascara, dab of lip gloss, and smidge of blush — I flicked my gaze over to Fellow Superhuman, only just now noticing that he was holding a bottle of rosé in his hand — something told me that Zuri skipping the birthday dinner to Netflix and chill was also a power play.

Zuri nodded at Fellow Superhero, who definitely wasn’t as lonely as he made out to be. “Hey you! I didn’t hear you knock so thought I’d come check — ”

He walked toward the open door. “Sorry, the lift took its time — ”

She wasn’t suspicious — I wasn’t a threat; I was never a threat. I was known as The One Who Didn’t Date — but that was precisely why my presence there was curious. I didn’t have a clique and I lived with my best friend. Weren’t nobody for me to visit. I’d thought this through, though. I had an alibi in a girl (not a member of the Black caucus) I had a political communication module with, and who also happened to live in flat 604.

“I was just picking up some notes from Ilana.” I patted my satchel. “Missed a lecture today. Cramps.”

I briefly wondered if the detail was overkill but Zuri had stopped listening halfway through my sentence anyway. Her hand was already curving around Fellow Superhuman’s sturdy arm and she was looking up at him, her long lashes batting. “Cool. Awesome. I’m just ... going over a tutorial too. Can’t wait for your next show!”

She pulled him into her flat, but not before he threw me an inscrutable look. I shook my head, smiled, and pressed the lift button. Yeah, something was gonna be studied that night. A relief, really. My understanding of fuckboiology had fallen out of whack for a second. It was nice to have it reset. Whoever he was, he was just like the rest. That was comforting.

'Honey and Spice' by Bolu Babalola
More like this
10 Must-Read New Books Out This Week
By K.W. Colyard
The Biggest Differences Between 'Bullet Train' & The Book It’s Based On
By Arya Roshanian
'The Sandman’s Ending Is A Departure From Neil Gaiman’s Comic Book Series
By Kadin Burnett
50 Books About (& Inspired By) Greek Mythology
By Morgan Leigh Davies
Get Even More From Bustle — Sign Up For The Newsletter