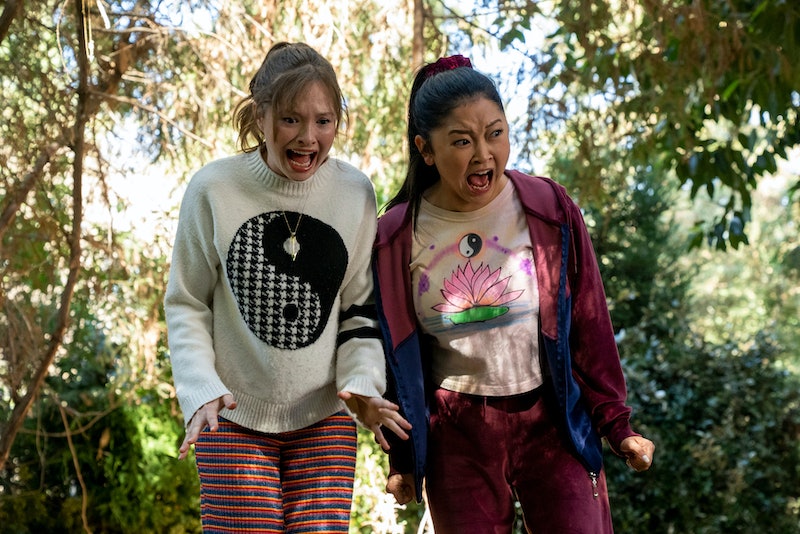 Lana Condor as Eriku Vu, and Zoe Colletti as Gia in 'Boo, Bitch'

Major spoilers for Boo, Bitch Season 1 ahead. The spookiest time of year may be months away, but that hasn’t stopped Netflix from dropping a new supernatural comedy in the middle of summer. Boo, Bitch offers a refreshing take on what happens when you wake up as a ghost. To All the Boys’ Lana Condor stars as Erika Vu, a high school senior who meets her untimely demise and must settle any unfinished business to move on into the afterlife. Throughout its eight-episode season, the coming-of-age story is darkly funny, and its surprising twist will leave viewers curious enough to wonder if Boo, Bitch could return for a Season 2.

Will Boo, Bitch Get Renewed?

Netflix has not announced a second season of Boo, Bitch. The streaming service bills the show as a limited series, which means there is a good chance that Boo, Bitch will only be one season long. The show also doesn’t end on a major cliffhanger and ties all of his narrative threads together in the finale. Erika discovers she’s alive and that it was her friend Gia (Zoe Colletti) who died and was the ghost. While Boo, Bitch does reach a resolution by the end of its first season, it does leave some room for a new chapter in Erika’s or another character’s life. And if the series becomes a big hit — like Condor’s To All The Boys I’ve Loved Before — Netflix may convince the show’s creators and cast to come back for another installment.

When Will Boo, Bitch Season 2 Premiere?

Until Netflix green lights a second season, Boo, Bitch’s potential return date is as mysterious as death itself. But if the streaming service were to give the series a speedy renewal, a Season 2 would likely arrive in 2023 at the earliest. If Netflix waits several weeks or months to renew the show, audiences shouldn’t expect Season 2 until late 2023 — perhaps in October, which would jive with the spooky high school premise.

Who Will Be In The Boo, Bitch Season 2 Cast?

If viewers do get a Season 2, it isn’t clear if Lana Condor will be back in a starring role, but she may still appear in the show. Not only is she the biggest name attached to the project, but the entire conceit of Boo, Bitch revolves around her character. However, Season 2 can easily tell a new ghostly story centered on another friend duo, or it might just pick up on Erika’s life in college. After all, she might run into another ghost or Gia might return to help guide her on a new journey of self-discovery. But remember, this is all speculation.

Still, it’s possible that Condor and the rest of the cast, including Scary Stories To Tell In The Dark star Zoe Colletti, Mason Versaw (Gossip Girl), Aparna Brielle (A.P. Bio), Tenzing Norgay Trainor (Liv and Maddie), and Jason Genao (On My Block), could also return for a second season.

This post will be updated as more Boo, Bitch Season 2 details become available.

More like this
The 'Freeridge' Cast Shared Their Hopes For A Potential Season 2
By Grace Wehniainen
Netflix Shut Down 'Bridgerton' S3 Rumours About A “Very Dark” Storyline
By Bustle
Everything To Know About 'Cobra Kai' Season 6
By Brad Witter
'The Crown' Season 6 Has Suspended Filming "Out Of Respect" For The Queen's Death
By Bustle Staff
Get Even More From Bustle — Sign Up For The Newsletter
From hair trends to relationship advice, our daily newsletter has everything you need to sound like a person who’s on TikTok, even if you aren’t.