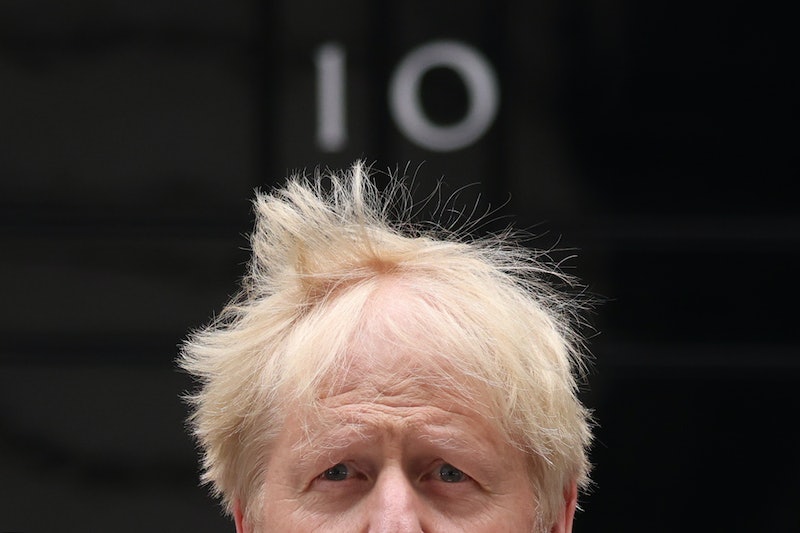 Following a record number of cabinet ministers resigning, Prime Minister Boris Johnson has agreed to follow suit and resign as the leader of the Conservative party. Despite remaining adamant that he’d stay in office, Johnson conceded to calls from his party to step down as Prime Minister. In a public address broadcast live outside No. 10, Johnson confirmed that he’ll continue to serve as the leader of the party and nation until a successor takes over in the autumn. While Johnson has been criticised for numerous scandals during his premiership, it was the recent alleged sexual harassment allegations against former party whip Chris Pincher that tipped ministers over the edge.

Downing Street initially claimed Johnson hadn’t been briefed about the allegations on Jul. 1, but later confirmed on Jul. 4 that he had, in fact, been alerted of the situation, per the Independent. This change in narrative sparked uproar within Johnson’s government, leading to former Health Secretary Sajid Javid and former Chancellor Rishi Sunak sending letters of resignation on Jul. 5. Many more cabinet ministers followed suit, and continued to do so during Prime Minister Questions and as Johnson faced parliament’s Liaison Committee.

As dawn broke on Jul. 7, cabinet ministers continued to resign including Northern Ireland Secretary Brandon Lewis and newly appointed Education Secretary Michelle Donelan, who had only been in her role for 36 hours, per Sky News. Defence Secretary Ben Wallace and the newly appointed Chancellor Nadhim Zahawi officially withdrew their support for the PM, but didn’t resign from their posts.

In the end, it took over 50 resignations and a conversation with Sir Graham Brady, the chair of the backbench 1922 committee, for Johnson to concede defeat. Now, the majority have taken to Twitter to lap up the chaos that has unfolded in British politics over the past few days from calls for Larry the Cat to be reinstated as the country’s leader to thoughts on MP Nadine Dorries’ state of mind.

With all that in mind, here are the best memes and tweets reacting to Boris Johnson’s resignation.

More like this
Watch Jacinda Arden’s Devastatingly Honest Resignation Speech
By Sam Ramsden
Twitter Has *A Lot* To Say About The "Single Penalty”
By Sam Ramsden
Rita Ora Finally Opened Up About Marrying Taika Waititi & Their "Perfect" Wedding
By Sophie McEvoy and Catharina Cheung
Twitter Has No Chill As The 'Love Island' Villa Descends Into Chaos
By Darshita Goyal
Get The Very Best Of Bustle/UK
Sign up for Bustle UK's twice-weekly newsletter, featuring the latest must-watch TV, moving personal stories, and expert advice on the hottest viral buys.