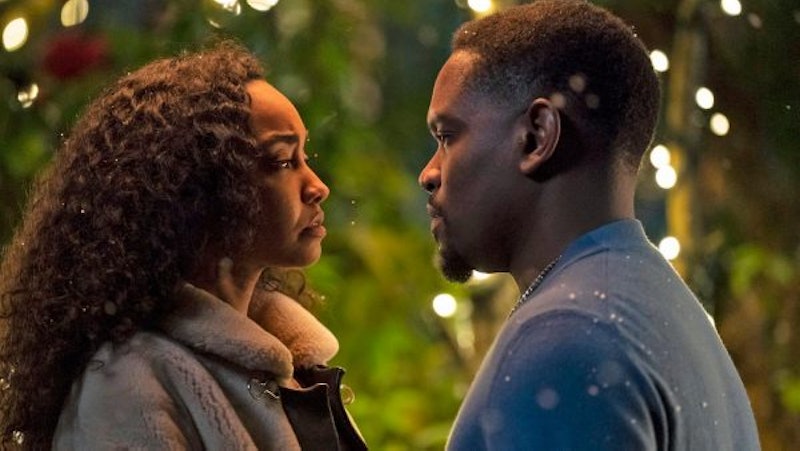 The forthcoming festive rom-com Boxing Day follows the story of a man who returns home for Christmas with his new fiancée in tow. However, as with most family reunions, it isn’t long before chaos ensues. The film marks Little Mix star Leigh Anne Pinnock’s acting debut, and if you’re looking forward to what promises to be a Christmas cracker, here’s everything you need to know about Boxing Day.

Boxing Day centres on the character of Melvin, a British author living in the States who brings his new fiancée home to London for the holidays to meet his British-Caribbean family. As is the case with many holiday films (and in real life, let’s be honest), Christmas brings with it a bit of family chaos but ultimately a theme of togetherness that leaves viewers with that festive feel-good factor. Boxing Day appears to follow suit.

Speaking to Deadline, the film’s director Aml Ameen, who also leads the cast of Boxing Day, said it was an “honour” to bring “Black British Culture to the world in this universal holiday rom-com. It’s long been a dream of mine to capture films that reflect the wonderfully multicultural city that raised me while sharing stories from the diary of my life.”

In the festive trailer, released on Oct. 6, viewers see Melvin returning home to London with his new fiancée, Lisa, in tow. The couple comes face-to-face with Melvin's ex-girlfriend and global superstar, Georgia (Pinnock) – making the trailer Pinnock’s formal acting debut. Watch it in full below.

I May Destroy You's Ameen, who will make his directorial debut with Boxing Day, stars as the character of Melvin. Per Digital Spy, he is joined in the film’s cast by How to Get Away with Murder's Aja Naomi King as Melvin’s fiancée, Lisa; Academy Award-nominee Marianne Jean-Baptiste; Small Axe’s Sheyi Cole and Robbie Gee; and, as mentioned, Little Mix’s Pinnock as Melvin’s ex-girlfriend and global superstar, Georgia.

Speaking to Digital Spy, director and lead star Ameen explained that he was "hell-bent on finding my Julia Roberts from My Best Friend's Wedding or Notting Hill" for the role of Georgia — which eventually went to Pinnock.

"I wanted someone with the characteristics of those roles. I was looking for someone who could sing too. My writing partner, Bruce Purnell, said that I had to check out this girl and showed me Leigh-Anne. I didn't know Little Mix at the time," he added.

As noted in the first official trailer for Boxing Day, which was released on Wednesday, Oct. 6, the film will be released in cinemas on Dec. 3 in the UK.

Commenting on the film’s trailer to Digital Spy, Ameen pointed out a nod to Love Actually, which he included in the film due to his love of the genre.

“I love Love Actually, I love Notting Hill, I love My Best Friend's Wedding, Crazy Rich Asians and My Big Fat Greek Wedding… We're honouring those films that came before us but putting a modern flair on things.We're empowering people to challenge some of those iconic moments, like the nod to the Love Actually scene,” he added.

This article was originally published on Jan. 7, 2021