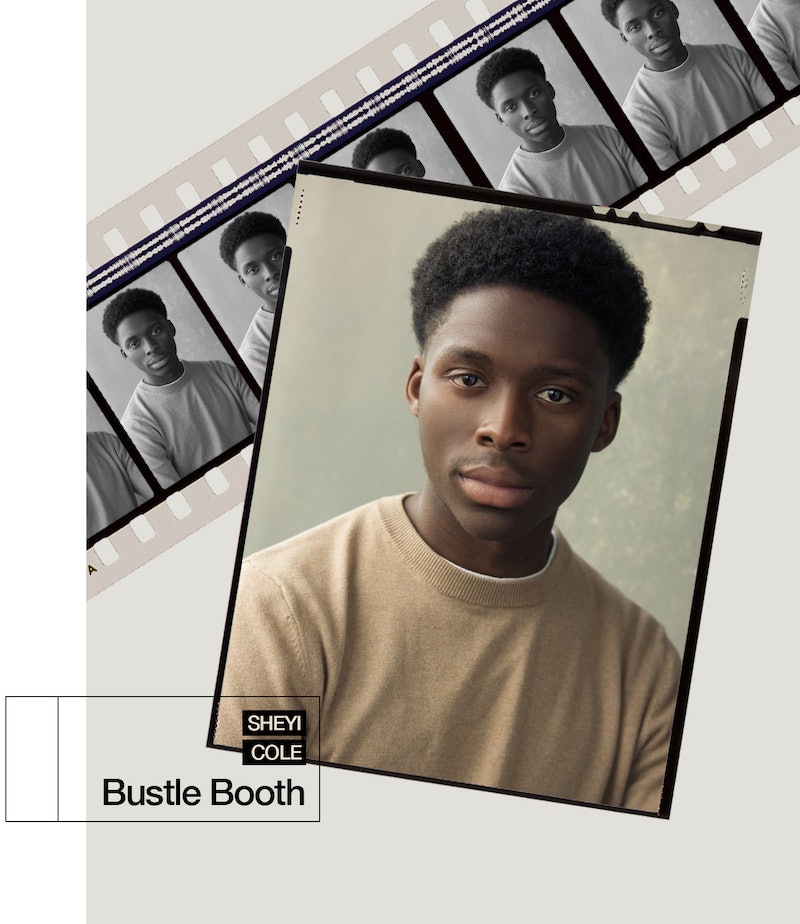 "Terrifying, terrifying, terrifying," says Alex Wheatle star Sheyi Cole of the experience of seeing himself on screen for the very first time. This role – the leading man, no less, in one of the five Small Axe films, written and directed by Academy Award-winning director Steve McQueen – is Cole's on-screen debut. "But it's not even about me," he says with a smile. "There's such a bigger picture, and once you get over that, you go 'right, this is the story we're trying to tell,' and then that pressure is kind of off you."

The story he's referring to is a poignant one: that of Alex Wheatle, the acclaimed British novelist and founder of the Crucial Rocker sound system. The biopic is not told in a linear way, though. Nor does it really bring us up to the current day. Instead, we meet Wheatle as a young man, finding his place in the world.

That feeling is something Cole can relate to. The London-born actor is in his third year at London’s Guildhall School of Music & Drama and shouldn't have even been looking for roles. "Drama schools have a certain culture where we are not allowed to actually audition, but I'd had a year out and I told my agent I wanted to be a bit cheeky and keep auditioning," he says with a grin. "She was all game for or it and luckily this audition came through in my first year, and I kept on the low-low. Went and did what I had to do, and got the job!"

That drive and determination is just one of the many similarities between the real Wheatle and Cole, explains the actor. “There were so many things to do with the environment where Alex grew up, in the foster home, and where I grew up,” he explains. Both grew up near Croydon, though decades apart and in very different homes: Wheatle spent most of his childhood in the notorious Shirley Oaks children’s home. But it is Wheatle's ability to adapt, to survive, and their shared love of music, that bonded the two men. "It was incredible to meet him," says Cole. "He was open about his experiences and his family, as well. It was a lovely collaboration." The real Wheatle even showed Cole how he would dance to music in his youth.

For many, the Small Axe films serve as an education for the parts of history we aren’t taught in school; from the Mangrove 9, to the Brixton riots. And it was no different for Cole. “Historically, I had no clue at all about the New Cross fire,” he admits. The tragic 1981 fire killed 13 young Black people in a house party in South East London. No one was ever charged for the crime, and the incident led to Black People's Day of Action. “That in itself was a big eye-opener for me.”

And what of the future? Cole is hopeful, and excited: “I think what a great way to start. I really just want to build on that and continue,” he says. “It’s only the start for young British Black actors... So let's not take our foot off the gas. I’ve got big dreams.”

Get to know more about Sheyi in his Bustle Booth questionnaire below.

I barley drink coffee, but when I do it has to be Latte with oat milk.

Morden Family and The Boys on Amazon Prime.

Seeing my friends working hard and succeed in the goals they have set for themselves.

“I remember him, he’s was pretty cool.”

Alex Wheatle, part of Small Axe, is coming to BBC One and iPlayer on Sunday Dec.6.