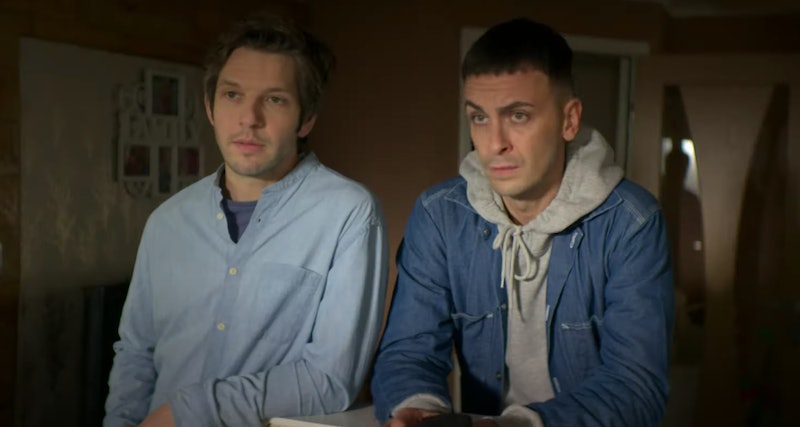 Hulu is bringing another British comedy across the pond with Brassic, which follows Vinnie, who has bipolar disorder, and his best friend Dylan as they get into all kinds of trouble. The first six episodes are set to stream starting July 31, and Season 2 of Brassic could follow soon after. It's already been filmed and aired in the UK in May.

The Sky One series has been so popular, a third season was commissioned in February, before Season 2 came out, per the Radio Times. Afterward, o-creator Joseph Gilgun thanked viewers for making him feel less alone, since the show is loosely based on his own life. "It's very relieving to know your life story isn't incredibly boring," he joked at the time.

Fellow co-creator Danny Brocklehurst told the British outlet BT that Season 3 was supposed to begin filming in August for a 2021 release date, but that coronavirus is likely to impact that schedule. "Unfortunately for us, social distancing is incredibly difficult on a TV set, because it takes about 40 or 50 people to make a TV show, some of whom need to be close together, some of whom might be hugging or kissing, and you can’t really film with masks on," Brocklehurst said. "Filming is supposed to be this August, so theoretically it could still happen, but realistically it will encounter some sort of delay ...There's really no point making predictions."

In the meantime, American fans will be waiting for Brassic Season 2 to hit Hulu. There was almost a year delay between when Season 1 aired in the UK to when Hulu licensed it for American audiences, but with Season 2 already wrapped, it could only take a handful of months.