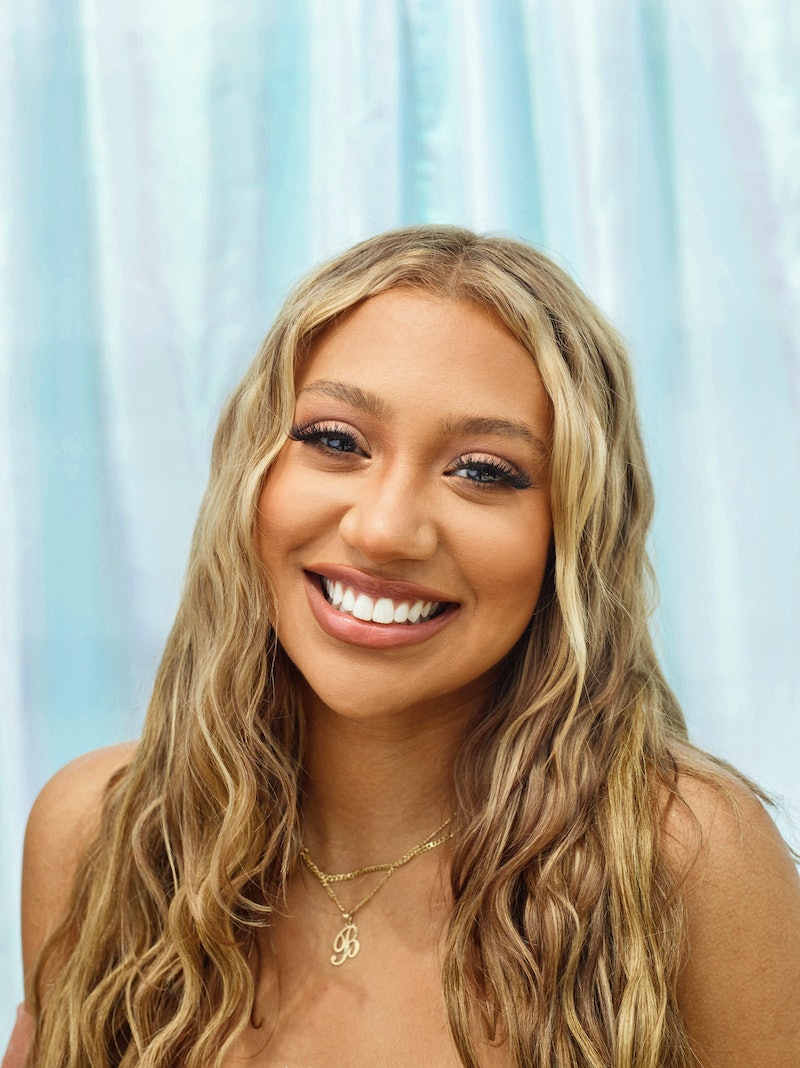 HBO Max’s new reality series Sweet Life: Los Angeles follows a group of seven ambitious, 20-something Black friends as they pursue their dreams in South L.A. while navigating the highs and lows that come with chasing success. Among them is 26-year-old Kalamazoo, Michigan native Briana “Bri” Jones, who — unlike her castmates — only moved to the West Coast in 2018.

As such, Bri’s still adjusting to life in Los Angeles, and she’s thus far been focused on her professional aspirations over romance. “I'm the only one who has a shot, so I'm going to cheers to being single,” she says in the trailer for the show, which premieres its first three episodes on Aug. 19. That may be about to change, though: the trailer also shows her flirting with streetwear CEO Jordan Bentley.

Here’s everything else to know about Bri ahead of the show.

HBO Max describes Bri as a healthcare professional. According to her LinkedIn page, she graduated from Western Michigan University in 2017 with a bachelor’s degree in industrial and organizational psychology. After working in multiple roles, including as a patient financial advocate in Michigan, Bri joined non-profit healthcare provider Kaiser Permanente as an Outside Utilization Analyst in May 2018. Her duties include educating physicians, patients, and hospitals on covered benefits and charges, as well as supervising ground and air transportation.

Motivated by her pride in skincare and an “essential need to find organic products that worked well for sensitive skin,” Bri recently created an organic body butter line called Buttrd By Bri. Her company’s website notes that she began formulating the product as a hobby and “way to implement a little extra self love into her days,” but that it’s become “an essential key to her routine and lifestyle.” Bri currently offers two products — a “basic buttr” and “bedtime buttr” — which retail for $15 each.

Bri doesn’t post much on Instagram. As of publication, her page included less than 20 posts only dating back to March 2020. Most recently, she’s been promoting Sweet Life: Los Angeles and celebrating her new West Coast adventures. “The way my life has changed in the 3 short years I’ve lived in LA is unreal!” Bri captioned a July 27 post thanking Sweet Life: Los Angeles creator Issa Rae and HBO Max. “The last few months have been life changing and I can’t wait to show you all a little piece of me. Thank you for accepting me LA!!”

After seeing the Aug. 10 Sweet Life trailer, as well as a billboard for the series in Inglewood, Califronia, Bri shared that she was “cryingggg” and felt “so blessed” to be part of a show she couldn’t wait for everyone to see.

Bri also joined Twitter in May, joking that she felt “like an elder” trying to learn to use the social media platform. As on Instagram, Bri mostly uses her feed to express her excitement about Sweet Life, tweeting on Aug. 10 that she “watched this trailer like 72626522782 times fr and i will continue to do so,” and also celebrated with a Saweetie McDonald’s meal.

Although Bri’s other posts don’t give a whole lot of insight into her life, they do reveal that she’s a Scorpio and Handmaid’s Tale fan who’s traveled to New York City, Las Vegas, San Diego, London. Sweet Life: Los Angeles is sure to shed some more light on Bri in the coming weeks.