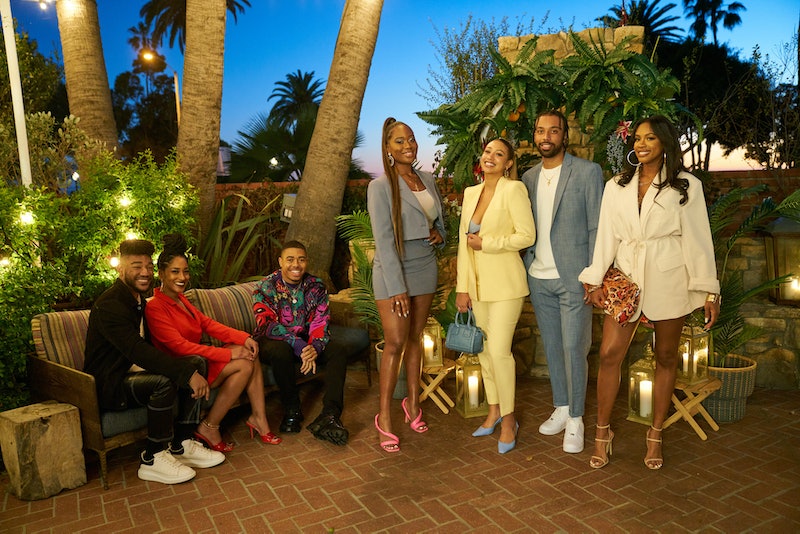 Ever since Issa Rae created and starred in HBO’s Emmy and Peabody-winning comedy-drama Insecure, partially based on her critically acclaimed web series Awkward Black Girl, the network can’t seem to get enough of the multi-hyphenate. While the series is currently preparing to air its fifth and final season, Rae is working on several projects for HBO as an executive producer, including the Emmy-nominated A Black Lady Sketch Show and forthcoming comedy Rap Sh*t, which she also created. While she’s known for her work in the world of scripted television, Rae’s next project will see her take on the reality genre in HBO Max’s Sweet Life: Los Angeles. Here’s everything we know about the unscripted series, including its plot, cast, trailer, and release date.

In a 2017 video for The New Yorker, Rae laid out her pitch for a 90210-esque series featuring an entirely Black cast. “I don’t think since Moesha have we followed the lives of Black teens,” she said. “So, like, where’s our Gossip Girl?”

Though Sweet Life appears to be a bit more reminiscent of Baldwin Hills and Laguna Beach than the aforementioned titles, it seems Rae got her wish. Sweet Life: Los Angeles will offer viewers a fresh, honest look at the lives of young Black adults residing in South Los Angeles while they attempt to build their careers. Per its press release, the series will follow a group of 20-somethings who are “ambitious childhood friends” living authentic — and sometimes messy — lives as they transition into true adulthood and navigate the happiness, romance, and struggles that come along with it.

Rae, who’s executive producing the show through her Horrae company, said in the press release: “We're so proud to present a grounded and fun slice of young Black L.A. life. We hope the HBO Max audience will relate to and fall in love with this group of friends as much as we have.”

Born and raised in Watts, Los Angeles, 26-year-old Des Vignes rose through the cutthroat ranks of the fashion industry before making the jump to launch her own clothing brand. Striving to promote body positivity and sustainability, Des Vignes also makes time to connect with her roots by mentoring young women of color in her hometown, per Entertainment Weekly.

A former UCLA basketball player, Smith has lent his image to campaigns for Nike, Adidas, ESPN, and Sports Illustrated and currently hosts the podcast Basketball Adjacent, per EW. But the 25-year-old Los Angeles native has ambitions beyond sports, as he currently works as an entertainment marketing specialist at Westbrook, Inc.

Raised in Inglewood, real estate investor and entrepreneur Scott’s life goals are to promote Black culture, business, and entrepreneurship in South LA as the head of a PR firm and eventually “Buy Black the Block” by purchasing 100 properties in local Black communities, per EW. Until she gets there, the 25-year-old is working as a PR professional in financial services.

Bentley launched his fashion brand Hypland as a teenager in LA. Now he’s 25 and CEO of the multimillion-dollar company, one of the fastest-growing streetwear brands run by a Black man, per EW. With his success, Bentley hopes to prove that young people can turn their passions into careers as entrepreneurs.

As the founder and director of operations of House Party Creative, an events agency, Burns lives her passion of bringing Black and Brown creatives, entrepreneurs, and influencers together to connect in curated professional spaces, per EW. Raised in LA, the 26-year-old also leads #RealBlackGiveback and Real Black Greatness, two charitable initiatives she founded during Juneteenth 2021.

Raised in South Central, Compton co-owns the record label Lost Sound and works as an artist manager in the music industry, per EW. The 27-year-old was named a Community Hero in 2019 by the Los Angeles Dodgers for his work in modeling, fashion, and social media.

Jones is the only new member of the Sweet Life friend group. Raised in Kalamazoo, Michigan, the single 26-year-old has only lived in LA since 2018, per EW. But chances are she’ll fit right in, as she’s an entrepreneur who founded an organic body butter brand called Butterd By Bri.

HBO Max released the official trailer for Season 1 of Sweet Life: Los Angeles on Aug. 10, and it features the group of successful 20-somethings immediately hitting it off, hanging out on yachts, ATVs, and in restaurants. “I love my group of friends. We’re all striving to be the best,” says one of the young professionals. It seems a couple of the cast members get closer than expected, as the trailer teases a potential marriage proposal to come in Season 1.

Of course, as expected on any reality show, the second half of the trailer dives into the drama that’ll go down this season, and the cast is seen arguing over relationships, business, and success. “This is just a taste of what we can achieve,” another cast member says.

Season 1 of Sweet Life: Los Angeles is set to premiere with its first three episodes on Aug. 19 on HBO Max. Then, three more episodes will arrive on Aug. 26, the final three will drop on Sept. 2, and a reunion special will be released on Sept. 9.