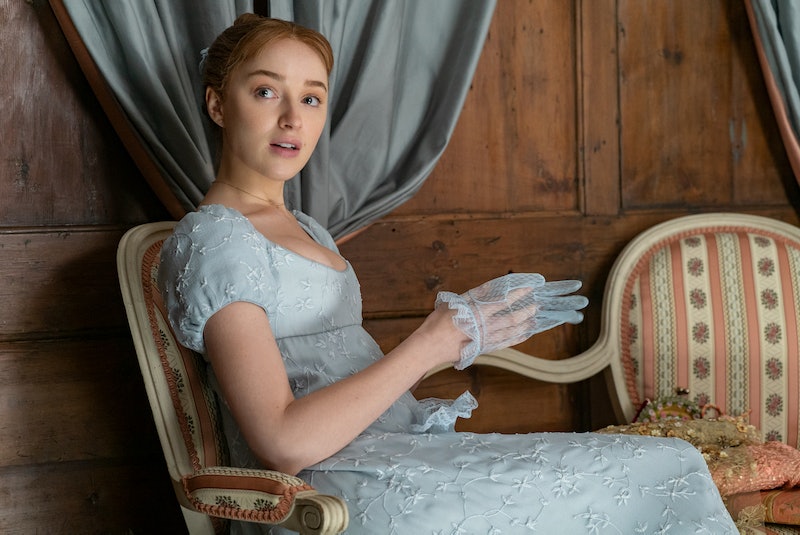 Netflix's sexy period drama Bridgerton has made certified stars out of its leading cast members, including Phoebe Dynevor who plays Daphne Bridgerton — the fair lady who enters an intense romance with the Duke (played by Regé-Jean Page). After the series global success all eyes are on the pair and fans want to learn more about Bridgeton's actors. Turns out, Phoebe Dynevor's Mum is a well-known Coronation Street actor.

From the looks of their family Instagram photos, the resemblance is pretty uncanny, much like the acting talent.

Sally has been on the popular soap since 1986 and has seen a host of dramatic storylines, most notably, in 2009 where she discovered her character had breast cancer. Shortly after the acclaimed storyline aired, Sally was herself diagnosed with the illness, but she has now made a full recovery.

Earlier this year, Sally was awarded an MBE in the 2021 New Year Honours List for services to drama.

Clearly, it's easy to see where Phoebe Dynevor gets her acting skills.

The 25-year-old has been acting from a young age, first starring in the BBC One school series Waterloo Road when she was 14. Per IMDB, she has since had leading roles in major television series such as Snatch (2017-2018), The Village (2014) and Younger (2017-2019), however, it was Bridgerton where she really made her name.

Bridgerton's very steamy scenes between Daphne and the Duke have become a huge talking point but how do you even broach the subject of sex scenes with your mum — even if they're a huge TV actor? Apparently, the actor managed to keep the show "PG13" when she watched Bridgerton with her grandparents. Risky move...

Speaking to Drew Barrymore on her talk show, she confessed: "Yes, I did [watch with my grandparents] but only because, and I find it really hard to watch myself, but I had to if they were going to watch it."

She added: "So I had to stand there with the remote ready at any given point to fast forward for them not to see any of the things I didn't want them to see. We were good, we got through it. It was PG-13 for my grandparents."

More like this
Twitter Is Burning As Phoebe Dynevor Reveals Daphne’s 'Bridgerton' Exit
By Sophie McEvoy
Wait, Is 'Happy Valley' Not Actually Over?
By Darshita Goyal
'The Last Of Us' Has Officially Been Renewed For Season 2
By Darshita Goyal
Michaela Coel Has Some *Thoughts* About The Nepo Baby Discourse
By Maxine Harrison
Get The Very Best Of Bustle/UK
Sign up for Bustle UK's twice-weekly newsletter, featuring the latest must-watch TV, moving personal stories, and expert advice on the hottest viral buys.