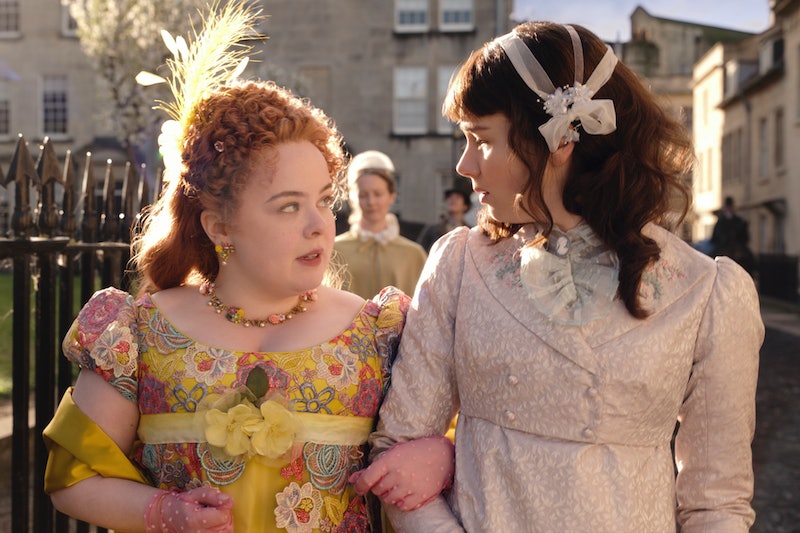 Season 1 of Netflix’s steamy regency-era drama Bridgerton was undoubtedly a phenomenal success when it was released in December 2020, in large part for its raunchy scenes and that shocking plot twist during the finale (spoilers ahead).

As fans of the show will remember, Penelope Featherington, played by Derry Girls star Nicola Coughlan, was unveiled as the mysterious gossip columnist Lady Whistledown at the end of the season. However, Nicola Coughlan has recently revealed that Bridgerton Season 1 almost had a different ending.

Speaking on Netflix’s Tudum talent panel to promote the upcoming second series, Coughlan said that the Bridgerton creators at Shondaland were unsure whether to unmask Lady Whistledown so soon. “They didn’t know they were going to reveal it in Season 1,” said the actor, adding that “they had changed back and forward a few times.”

Fans may also be surprised to learn another character was lined up to be teased as Lady Whistledown, and an entirely different ending was filmed.

“It was a reshoot in July, so they had filmed a different ending. They were going to make it seem like it was Cressida Cowper,” said Coughlan, via Digital Spy.

“It was only after getting cast that then I found out, and I found out on an internet fan forum, because I realised that there was this huge, huge fandom behind these books,” she said. “It was like this whole other world opened up, but they were like, ‘When Penelope is revealed as Lady Whistledown...’ and I went ‘What?’”

She added: “Getting cast in a Shondaland Netflix show was major, but that’s so much more major than I ever could have imagined.”

Speaking about the second series of Bridgerton, Coughlan shared that what happens to Penelope Featherington (aka Lady Whistledown) next will be “very satisfying” but couldn’t reveal much more.

The first look of Bridgerton Season 2 was revealed earlier this week, and while a fixed launch date is yet to be confirmed, Netflix announced that fans can expect it in 2022.