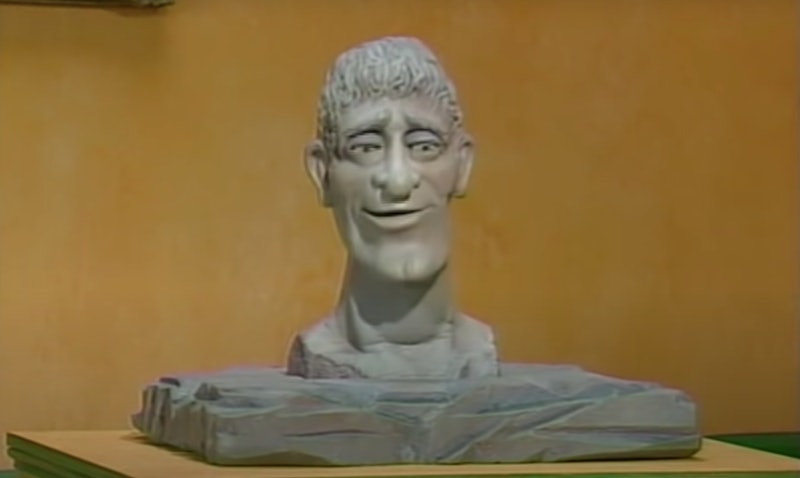 Every now and again there's nothing more comforting than a good old dose of nostalgia. For millennials, this tends to involve revisiting some of our favourite TV shows from the '90s and early noughties. But, have you ever put aside time to really study some of our generation's most-loved shows? Well, if you ever get around to it, you may soon realise that some of concepts are just... totally bizarre. In a way that flew straight over our heads amid the bliss of our youth. And to prove this theory, I've gathered together a list of eight British kids shows that would make absolutely no sense today.

Generation-defining shows such as the Jacqueline Wilson-inspired series Tracy Beaker, Neil Buchanan's Art Attack, the slapstick CBBC game show Dick & Dom in Da Bungalow, and many, many more, were staples of our after-school and Saturday morning telly. But despite their popularity way back when, the shows we were once obsessed with have absolutely not stood the test of time. In fact, show them to a kid in 2020, and you'll feel more ancient than you ever have done before.

In the era of social media and smart phones, reflecting on what was once deemed acceptable and entertaining can be something of an eye-opening experience — and if you ever fancy trip down memory lane, here are TV shows from your childhood that simply don't translate into the modern era.

More like this
15 Piping Hot Behind-The-Scenes Secrets From 'Great British Bake Off'
By Emily Dixon and Darshita Goyal
The 'GBBO' Mexican Week Controversy, Explained
By Sam Ramsden
'Survivor' Is Finally Coming Back To UK Screens
By El Hunt
Joey Essex Has Signed Up For 'Dancing On Ice'
By Darshita Goyal and Sam Ramsden
Get The Very Best Of Bustle/UK