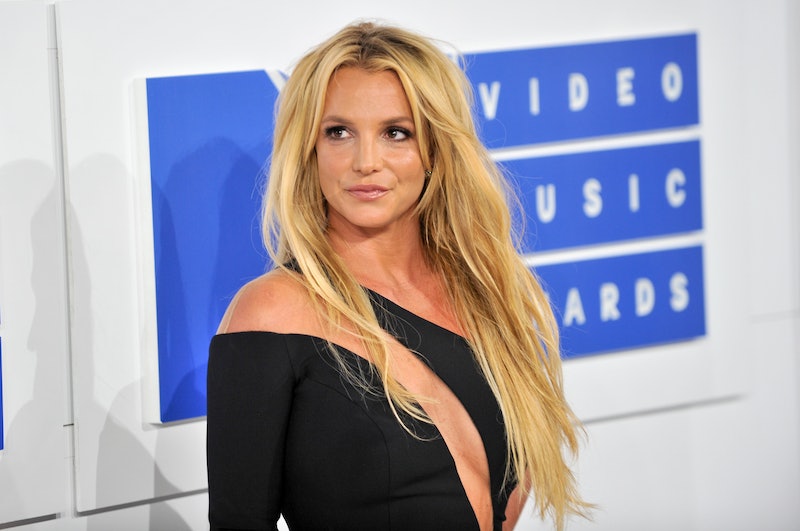 Britney Spears is making moves. On Monday, July 26, the pop star’s new lawyer, Mathew Rosengart, filed a petition to remove the pop star’s father as conservator of her estate. Jamie Spears has retained control over the “Toxic” singer’s finances for the past 13 years of the “abusive” legal arrangement. According to CNN, this petition seeks to oust him as conservator entirely and replace him with Jason Rubin, a CPA at Certified Strategies Inc. in Woodland Hills, California.

“Less than two weeks ago, we pledged that after 13 years of the status quo, my firm and I would move aggressively and expeditiously to file a petition to suspect and remove James P. Spears,” Rosengart told Variety and other outlets on Monday outside of Los Angeles Superior Court. “It is now a matter of public record, and I announced to Judge Penny this afternoon that we have done so, in less than two weeks. We look forward to litigating the matter in court.”

Per CNN, the petition calls it an “objectively intelligent preference” to replace Spears’ father with a “highly qualified fiduciary” such as Rubin. According to the accountant’s website, he has been practicing forensic accounting since 1993, has “managed complex trust portfolios,” and “has experience in working on financial elder abuse litigation.” Per his LinkedIn, his company has had “substantial experience in trust administration, conservatorships and probate estates.”

Should Rubin replace Spears’ father, he would gain control over the singer’s more than $2.7 million in cash assets and $56 million in non-cash assets. Per the court filing, this would relieve the entertainer from the “increasingly toxic” arrangement with her father, who Rosengart said has been “stripping his daughter of her dignity, autonomy, and certain fundamental liberties.” Rosengart also wrote that Jamie Spears is “guilty of misfeasance or malfeasance,” having paid himself $16,000 per month from Britney’s estate, plus $2,000 per month for his office expenses.

The “Oops!...I Did It Again” singer spoke candidly about her father’s stranglehold on her life during her emotional testimony in court last month. She recalled an incident in 2019 where she was allegedly held at a mental health facility against her will after attempting to change a dance move at rehearsals for her canceled Las Vegas residency. As a result, her therapist was called, her medications were switched, and she was not allowed to leave the facility for a month. “Not only did my family not do a goddamn thing, my dad was all for it,” she said.

Elsewhere in the testimony, the pop star compared her father to a sex trafficker, revealing that he made her work every single day without any days off. “He loved the control he had over me, one hundred thousand percent,” she said. Later, she added her father, her management, and anyone involved in the conservatorship “should be in jail.” “I just want my life back,” she continued. “And it’s been 13 years. And it’s enough. It’s been a long time since I’ve owned my money.”

Rosengart, who stepped in as Spears’ new attorney weeks after her court-appointed attorney resigned from the case, seems to agree that the time to free Britney is now. “I once again want to thank Britney Spears for her courage and her fortitude,” Rosengart said on Monday afternoon outside of the courthouse. “I want to thank her fans who have been incredibly supportive of her on social media and otherwise, throughout the country and throughout the world. She deserves it and she appreciates it.”

More like this
Britney Spears Shares Unknown Details Of Conservatorship In New Voice Notes
By El Hunt
How To Apply For 'Survivor' & Tips On How To Get Cast
By Meg Walters
Here’s Everything You Need To Know About Operation London Bridge
By Bustle UK
10 Photos Of William, Harry, & Their Cousins Honoring The Queen Together
By Stephanie Topacio Long
Get Even More From Bustle — Sign Up For The Newsletter