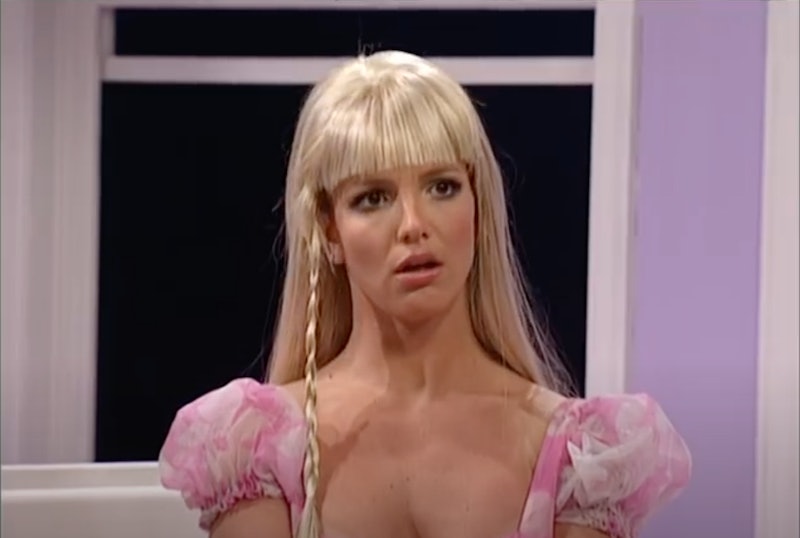 Britney Spears is known as a chart-topper and Grammy winner, but in an alternate universe, she could’ve also been a sitcom star. She’s proven her comedic chops on Will and Grace, How I Met Your Mother, and Jane the Virgin, but these days, she’s showing off her comedy skills on Instagram. Spears posted a new video titled “Sessions with Ashley” on Jan. 18, presumably marking the debut of a series of skits, complete with the singer belting out a catchy intro jingle.

The skit follows Ashley, played by Spears, who is seeing her therapist, also played by Spears, for the third time in one month. “We need to start taking things a little bit more seriously here,” the unnamed therapist warns. “I’m here to help you, but you need to give me the tools to help you with your relationship with Earl. Earl has a sickness, and your bowel movements are obviously getting in the way of showing him your affection toward him.” Yes, you read that right: Ashley’s bowel movements are preventing her from having a healthy relationship.

Ashley goes on to describe her recent date with Earl, who has a drinking problem and who took her to the opening night of Cats, where they met the cast during intermission. But then nature called. “I think I had too much to eat with my hamburger, and I’m actually a little bit allergic to fried food,” she said, before pretending to cry. “Sorry, I need to take a moment.”

“I had to run away, I went to the bathroom, and I just sh*t on myself everywhere,” she continued, sobbing. “I couldn’t stop it and it was the nerves of being with him. He makes me so scared because I just want everything to go right and all of a sudden, I just let go and I just sh*t everywhere. How does that make me feel? Well, it makes me feel way better in my belly once I just sh*t everywhere, but the embarrassment factor of just letting go like that is really too much to handle.”

Spears made it clear on Instagram that the video was not based on a true story, captioning her post, “No, I never pooped on myself !!! This is a skit !!!”

This isn’t the first time that Spears has poked fun at therapy, which she said she was forced to receive under her 13-year-long conservatorship. In December, Spears played both a therapist and her unenthused patient in another self-made skit posted to Instagram. “As much therapy as I’ve had to do against my will … being forced to pay and listen to women telling me how they are going to further my success... it would only be fair for me to dedicate my life to skits to the wonderful therapist,” she captioned the post.

What these skits prove is that Lorne Michaels needs to get Spears to host Saturday Night Live again immediately. She’s hosted the variety show twice, in 2000 and 2002, and appeared once again as the musical guest in 2003.

Many stars have portrayed Spears on the show over the years, including Amy Poehler, Jennifer Aniston, Jessica Simpson, and Chloe Fineman, but Spears hasn’t appeared since then.

More like this
Britney Spears Shared The Real Reason She Shut Down Her Instagram Account
By Brad Witter
Britney Spears Shares & Deletes Photos Of Justin Timberlake From 22 Years Ago
By Jake Viswanath
20 Years Ago, J.Lo Was Supposed To Kiss Madonna With Britney At The VMAs
By Jake Viswanath
Jameela Jamil Defends Sam Smith After Trolls Body-Shamed Them
By Jake Viswanath
Get Even More From Bustle — Sign Up For The Newsletter
From hair trends to relationship advice, our daily newsletter has everything you need to sound like a person who’s on TikTok, even if you aren’t.