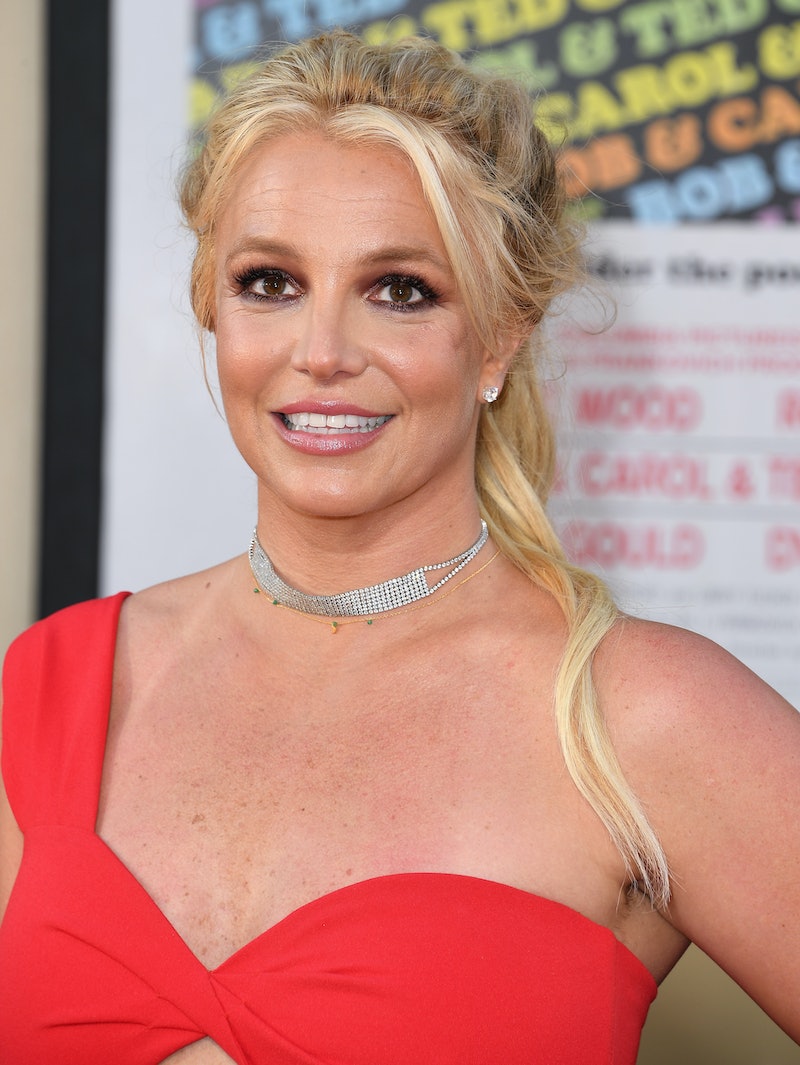 Since it aired on Feb. 5, Hulu's The New York Times Presents: Framing Britney Spears documentary has sparked a flurry of conversation about the pop star's health and wellbeing, especially when it comes to the conservatorship she's been under since 2008. The film chronicled Spears' 2007 public breakdown and how it led to her conservatorship, and it also featured interviews with many people who were close to her at the time, from past assistants to paparazzi. Spears hasn't directly commented on the Hulu feature, though she has addressed the fact that she is currently not performing, which, per court documents, is a result of her father's control over her estate.

On March 1, however, Spears posted a bright, colorful photo of a street in Cannes decorated with pink umbrellas alongside a caption that discusses her desire to focus on wellness and relaxation throughout 2021. "On all accounts of the craziness the past year, I feel like God’s tears have hit all of us with what the world has been through due to coronavirus," wrote the pop princess. "This new year should be a year of cleansing our inner selves with meditation, prayer, any kind of hobby that brings joy... and being conscious of what we put in our bodies as well!!! This all helps us to have a clear mind, body, spirit, and offers so much more clarity in our everyday lives!!!!"

She continued, "This year I devote myself to lots of tea and healing!!!! I’m working on allowing myself to not be so strong all the time and to know it’s ok to cry. I pray for deep healing this year for all of us and I hope we can all inspire each other !!!! Again… BE KIND - PASS IT ON AMERICA!!!!"

In the comments, fans took note of Spears' nods to "tea" and "healing," and many of them wrote that they're also "devoted to the tea," seemingly referring to information about the singer's legal situation. Her post comes just two weeks after news broke that Netflix is also working on a documentary about her, directed by filmmaker Erin Lee Carr.

The day after her post about "healing," she took to Instagram again to share a rare photo with her sons, Jayden and Sean. In the sweet caption, she expressed that they're "so big now" and discussed the difficulty of watching your sons grow up as a mother.

"I’m extremely lucky because my two babies are such gentleman and so kind that I must have done something right," she wrote. "I haven’t posted pictures of them for some time cause they’re at the age where they want to express their own identities, and I totally get it. But I went out of my way to make this cool edit, and guess what ... They’re finally letting me post it!!!"