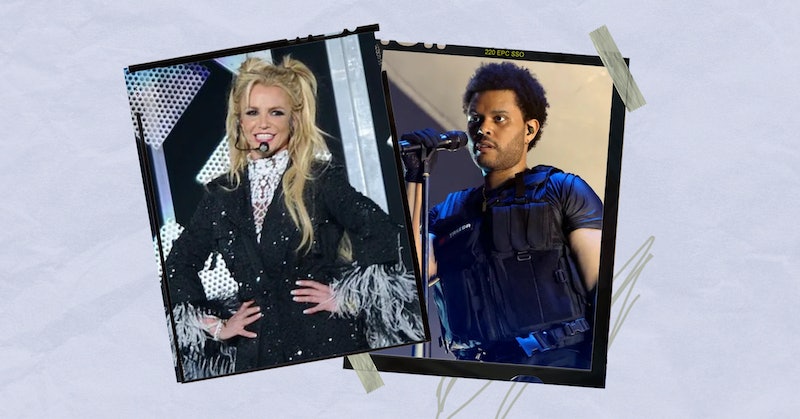 Britney Spears is America’s ultimate idol, so it would only make sense for her to appear on The Weeknd’s upcoming HBO Max series The Idol. Now, there’s more evidence that it might happen. On May 24, Spears revealed that she met The Weeknd and Euphoria creator Sam Levinson on Instagram, as reported by Just Jared. “Here’s me today meeting the director of @euphoria today and @theweeknd,” she wrote, sharing a clip of the trio posing and smiling. The “Take My Breath” singer left a red heart emoji, while Spears’ fiancé Sam Asghari wrote, “New character in [Euphoria]?” in the comments before the post was deleted. Maybe she revealed too much?

In November 2021, just days after her 13-year conservatorship was finally terminated, Spears announced that she was appearing in a new project called The Idol in an Instagram post. “I just shot a movie titled “THE IDOL,’” she wrote in the cryptic caption. “It’s guaranteed to have hits and a lot bright pics to put in my beautiful family’s faces !!!!! I hope you guys are having a merry ole jolly time cause I sure am !!!!” Fans theorized that she may have been referring to The Weeknd and Levinson’s project, which was in production at the time, although she called it a “movie” when it’s actually an HBO series.

The Weeknd and Levinson are co-creating The Idol, in which the singer will star as a self-help guru who develops a complicated relationship with an up-and-coming popstar played by Lily-Rose Depp. In April, HBO announced that production on The Idol was being put on hiatus due to changes in creative direction, which has so far resulted in director Amy Seimetz and cast member Suzanna Son stepping down from the show.

It also wouldn’t be shocking if Spears was actually angling to appear on Euphoria. The “Gimme More” singer has expressed her fandom for the Emmy-winning HBO show before. In March, Spears revealed that Euphoria actually helped soothe her anxiety, even though it usually has the opposite reaction for fans. “For MENTAL AWARENESS WEEK a little while ago I watched this insane amazing show @euphoria,” she wrote. “Watching this and being entertained by these crazy plots I suddenly felt all my anxiety go away. The show was like meditation !!!!” Maybe Spears could bring Euphoria the peace and lightheartedness those characters desperately need.