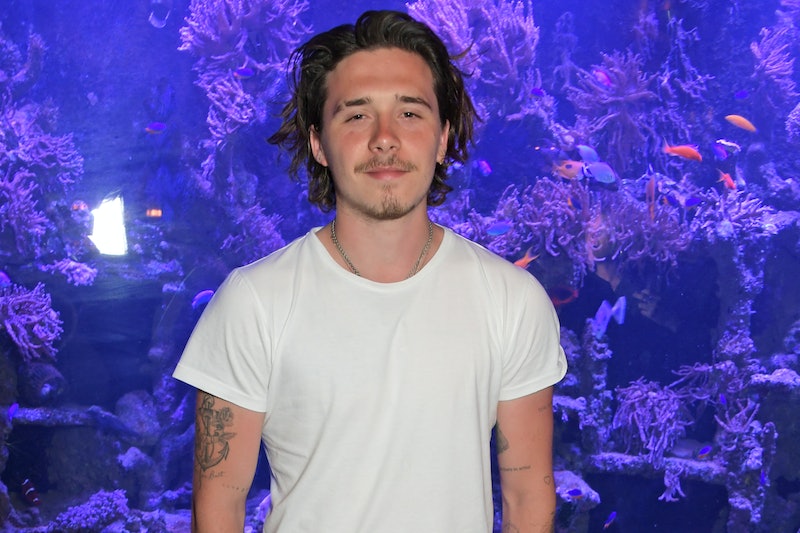 Brooklyn Beckham debuted his cooking skills live on television and the internet had a lot to say about it.

Per The Sun, Beckham donned his chef hat during a segment on the Today Show in the U.S. on Oct. 6, during which he prepared an English breakfast sandwich. Speaking to hosts Hoda Kotb and Carson Daly, Beckham outlined the sandwich’s “special” recipe, which consisted of slices of English bacon, country sausages, eggs, soft white bread, with a finish of ketchup.

Throughout the cooking segment, Beckham also discussed how he got into his culinary stride during lockdown, revealing that cooking is something he “loved doing.”

“I've always loved food and obviously when lockdown hit I just really started to get into it... My fiancée [Nicola Peltz] started filming me and I started posting it and it's just something I love doing,” he told Kotb and Daly.

Despite his enthusiasm, many watching at home weren’t quite so convinced of Beckham’s kitchen skills.

“Brooklyn Beckham (son of David & Victoria) came on Today Show to share his (new) passion for cooking. He made a breakfast sandwich. With a ketchup drizzle,” wrote one Twitter user, while another commented, “It’s a sausage, bacon and egg butty, it’s not Master Chef.”

During his Today Show appearance, Beckham also disclosed that the now infamous English breakfast sandwich recipe has existed in his family for generations, adding that it was “taught” to him by his great grandmother.

While preparing the dish, he also went on to share some helpful tips for those watching at home, which included cutting the sausages down the middle and poking the egg yolks with his finger to ensure they’re properly cooked.

Per The Sun, Beckham’s cooking segment debuted amid reports that he is currently in talks with social media giants Youtube and Facebook to release his very own online cooking series. The career move arrives just a few years after the release of Beckham’s 2017 photography book What I See — which enjoyed similar reviews to his recent culinary venture.