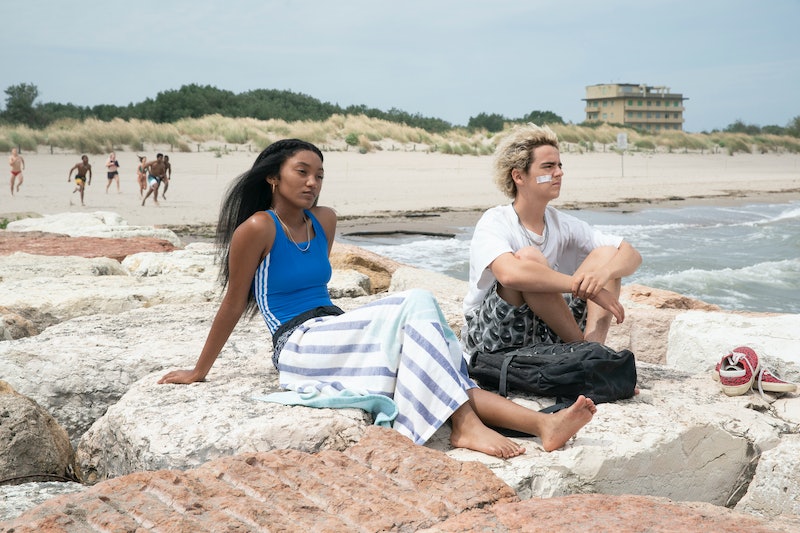 The exploration of young love, friendship, and identity are at the heart of BBC Three's latest offering, We Are Who We Are. With Call Me By Your Name director Luca Guadagnino at the helm, the new series centres around two American teens living on a U.S. military base, and promises to immerse viewers in "all the messy exhilaration and anguish of being a teenager." Has your interest been piqued? If so, here's everything you need to know about the coming-of-age drama.

As the Radio Times reports, We Are Who We Are is co-produced by HBO and Sky, and was recently acquired by the BBC. The story largely focuses on the chronicles of introverted Fraser and super-confident Caitlin, both of whom reside within the confines a U.S. military base in Italy. The series follows the teens as they begin to explore friendships, love, and ultimately, themselves — and is brought to audiences by director Guadagnino, who is perhaps most notable for his 2017 adaptation of Call Me By Your Name.

The drama marks the director’s first venture into television, and discussing the new series, Guadagnino shed light on what We Are Who We Are hopes to illustrate.

"We are attempting to portray the here and now of two families, few generations, many exciting people. To see the world from their perspective it is what I am delighted to share with UK audiences. To do so thanks to the prestigious and remarkable BBC is an accomplishment and a soothing encouragement," he told the BBC.

As it stands, an official UK airdate is yet to be announced. However, the BBC's Head of Programme Acquisition, Sue Deeks, promised viewers have a lot to be excited about.

"We are so delighted that this beautifully observed drama will be enjoyed by BBC viewers — it really is very special," she commented, discussing the broadcaster's newest acquisition.

More like this
Watch Helena Bonham Carter Revive A Soap Legend In Gripping 'Nolly' Trailer
By Bustle UK
Our First Look At 'Vardy V Rooney: A Courtroom Drama' Doesn’t Disappoint
By Bustle UK
Jamie Dornan Just Shared A Major Update About 'The Tourist' S2
By Orla Pentelow
'I Am Ruth' Will Hit Close To Home For Parents With Teenagers
By Maxine Harrison
Get The Very Best Of Bustle/UK