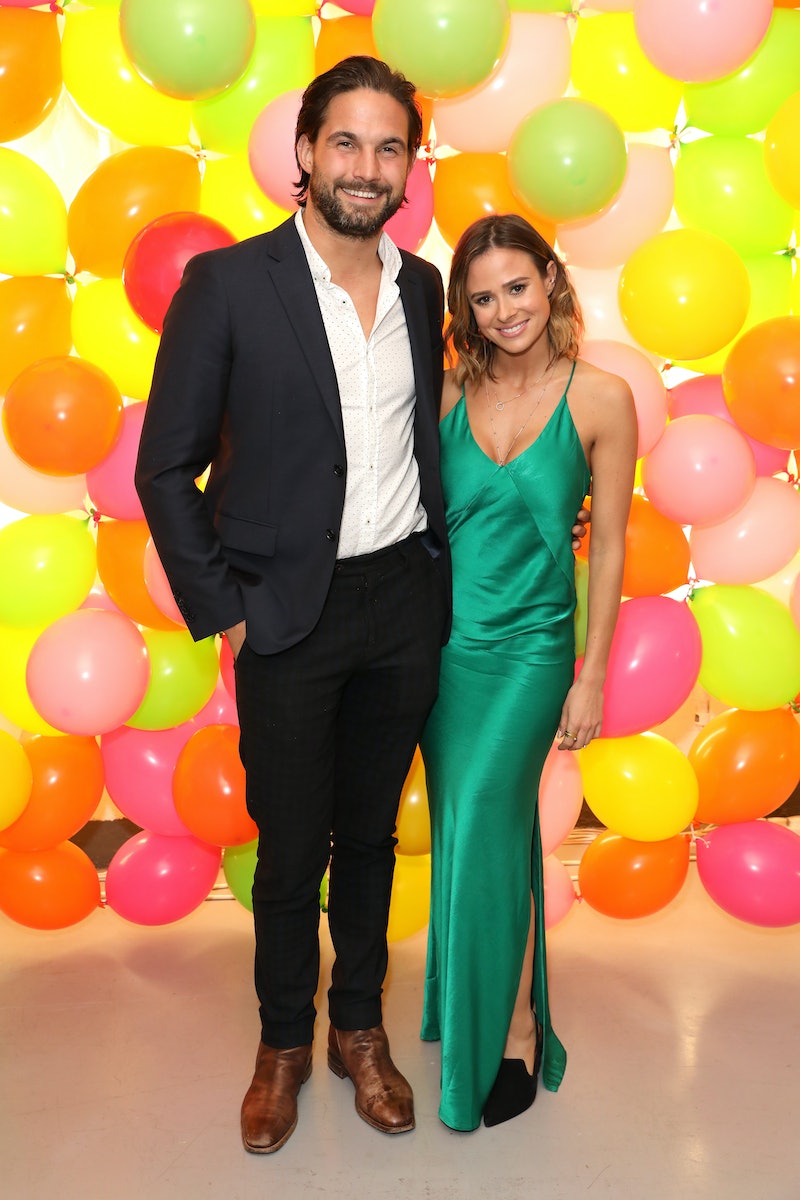 Love Island stars Camilla Thurlow and Jamie Jewitt have welcomed a baby girl. The couple shared the good news in an adorable Instagram post on Tuesday, which revealed the baby's name and confirmed Thurlow given birth in the early hours of Oct. 27.

Thurlow's post read: "Nell Sophia Jewitt, 4:32am, 27th October, 6lb 5oz. There may be a thousand new photos on my camera roll, but none of them could ever do justice to the way you have lit up our lives."

Jewitt also shared a touching Instagram tribute to his newborn daughter. "After all of life’s ups and downs I can honestly say this morning brought on a monumental change of perspective. From this day forward I promise to be the very best version of myself for you and your mum and do my best to give you both everything you could possibly ask for."

The pair's relationship timeline dates back to July 2017 when they first met on Love Island. After suffering her fair share of heartache, Thurlow finally coupled up with Jewitt and the two quickly became a firm favourite among fans.

Since leaving the villa, the couple have gone from strength to strength. They've been involved in a number of charity campaigns including A Drop in the Ocean in August 2017 and Walk For Syria in June 2018. They moved into a house together with their two adorable puppies, August and Gus, in February 2019.

News of Thurlow's pregnancy was shared with fans in May this year via a cute video montage involving both sides of the family. "So @camillathurlow and I have managed to make something pretty special and we're not talking about the video... #october2020#17weeks," Jewitt wrote on Insta.