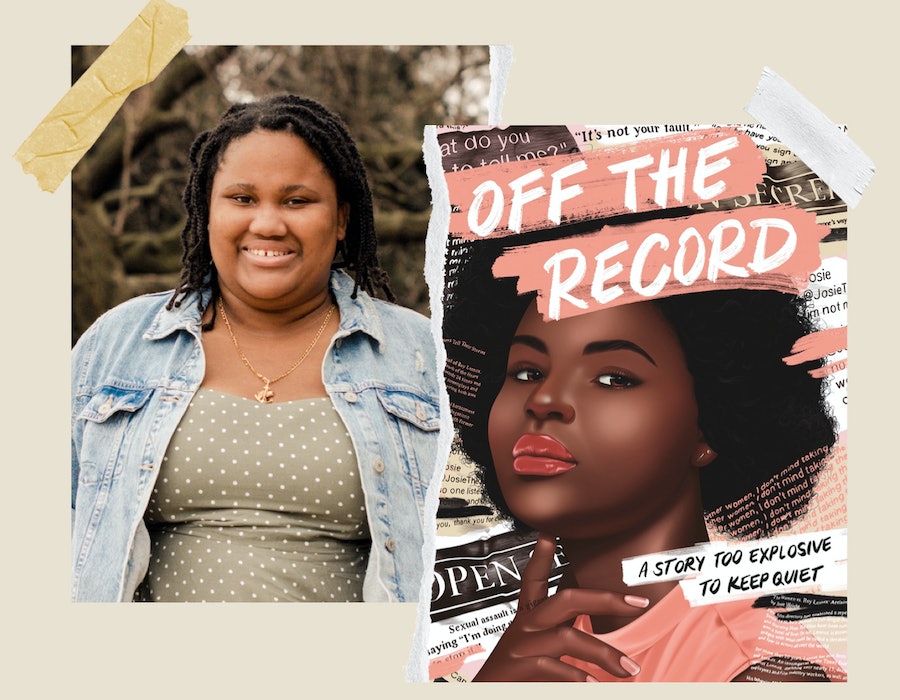 At 21, Camryn Garrett is something of a veteran journalist. The YA author and and NYU film student began her career at 13, interviewing celebrities for TIME for Kids; she’s since written for the likes of MTV and the Huffington Post. Now, Garrett’s on the other side of the interview mic, telling everyone about her sophomore novel Off the Record, which centers on teen reporter Josie.

“A lot of Josie’s experiences come from my experiences,” Garrett tells Bustle. But the author’s never been faced with the type of investigation that Josie takes on: a #MeToo exposé of a famed filmmaker whom Josie herself had once admired.

Garrett didn’t just want to address the ongoing effort to oust abusive men from positions of power — she wanted to reckon with the work they leave behind. Harvey Weinstein’s takedown was an inspiration, “but also people like Woody Allen and Roman Polanski,” Garrett says. They didn’t get in trouble the way that Weinstein did, so how do we face their art?”

Below, the author talks about representation in YA, the pitfalls of Twitter, and what’s next for her.

Your books make readers feel really seen: Josie self-identifies as fat and has anxiety, and Simone from your first book, Full Disclosure, is HIV-positive. Did you feel like your experiences were represented when you first began reading YA?

No. [Laughs.] Reading YA was like escapism. A lot of the books I read didn’t even have Black characters, and I didn’t expect them to. These were romances and books about rich kids going to the beach and falling in love. I didn’t really expect to see characters like me until I got a little older, so I decided to write books about my experiences so that teenagers like me could see them.

You’ve said that Off the Record is the most personal book you’ve written. Why is that?

[Josie is] a teen journalist and that was something that I did... So a lot of experiences that she has on this press tour I took from experiences. And then she has issues with anxiety and her weight, and those are things that I have had to explore, so it was very personal for me.

What do you want readers to take away from Off the Record?

I want readers to know that even if you’re really anxious or shy, if you don’t feel like your voice is important, you can still have an impact. Even if you don’t have a story to tell, you can help people who have been through things like the women in this book. You can support them. You’re not completely powerless, even if it feels that way.

You’re really active on Twitter. Can you talk about your relationship to social media and how it pertains to you as an author?

It’s kind of complicated. I first joined Twitter really young, and I got involved in a YA community when I was 14 or 15. It was really important to me, but as the years have gone on, more and more people have left because they’re like, “Twitter sucks. It’s toxic, and it’s bad.” For a while, I didn’t understand what they meant, but I see it way more now.

A lot of authors are moving to Instagram and TikTok right now. Do you use those apps, or are you considering using them if you leave Twitter?

I think I’m more likely to use Instagram than TikTok. I don’t want to be rude, but TikTok involves this theatre-kid energy that I don’t have. You have to be able to be clever and perform. That’s why I write, because I don’t have that. [Laughs.]

So you’re studying film right now. What are your post-university plans?

I really want to write and direct. I really admire how Miranda July writes books and also does films, so I’m hoping that I can do something like that. Not immediately after university, but hopefully a few years out.

Camryn Garrett’s Off the Record is available now.

This interview has been condensed and edited for length and clarity.