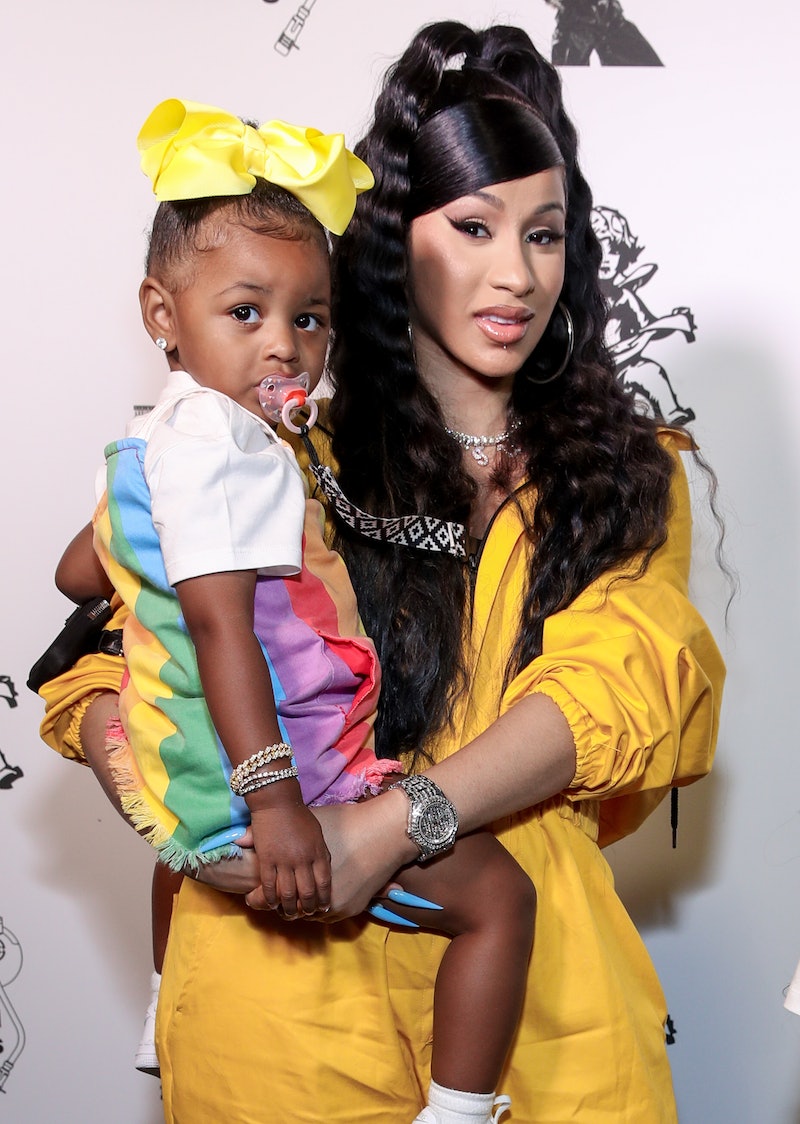 Can a mom get a moment? After Cardi B's 2-year-old daughter, Kulture, interrupted her Instagram thirst trap, the "WAP" rapper shared the video anyway. "I can’t even be sexy In peace," she joked in the caption, adding a facepalm emoji to the Thursday, Nov. 21 post. The video showed the Grammy winner mugging for the camera in a racy corset top, before her daughter with Migos rapper Offset appears in the frame. "Mommy?" Kulture calls, prompting Cardi to give the camera a look and then turn it off.

As of publication, the post had already racked up more than 14.1 million Instagram views. After all, many of her followers felt her pain. One user wrote they were "rolling on the floor cuz this so relatable," adding that the look on Cardi's face was "priceless." Another commented that Kulture "run that house."

That fan wasn't exactly wrong. After calling Kulture "such a sweet and funny person" in an August Radio.com interview, Cardi admitted that the "terrible twos" tantrums had already begun. "She wants to eat ice cream. It can be like 11 o'clock and it's like, 'You want ice cream right now? I know how you get when you eat ice cream or a certain type of candy.' She just gets too hyper," the "Bodak Yellow" rapper explained. "I'll be like, 'Oh my gosh. I'm dealing with a me'... She has this look where I'll be like, 'You are up to no good.'"

Although Cardi filed to divorce Offset in September, claiming their marriage was "irretrievably broken" and there were "no prospects for a reconciliation," according to People, the pair got back together the following month. At the time of their split, People reported that Offset had been unfaithful again, but Cardi denied those rumors in a Sept. 18 Instagram Live. "I got tired of not seeing things eye to eye," she told her fans. "When you feel like it's just not the same anymore, before you actually get cheated on, I’d rather just leave. Nothing crazy, out-of-this-world happened, sometimes people really do grow apart."

In another Instagram Live in October, she explained their reason for reconciling was due, in part, to it being "really hard not to talk to your best friend," per Vibe. Plus, as she added in true unfiltered Cardi fashion, "It's really hard to have no d*ck."

Apparently, it's about as hard as it is to be sexy in peace when you have a 2-year-old.