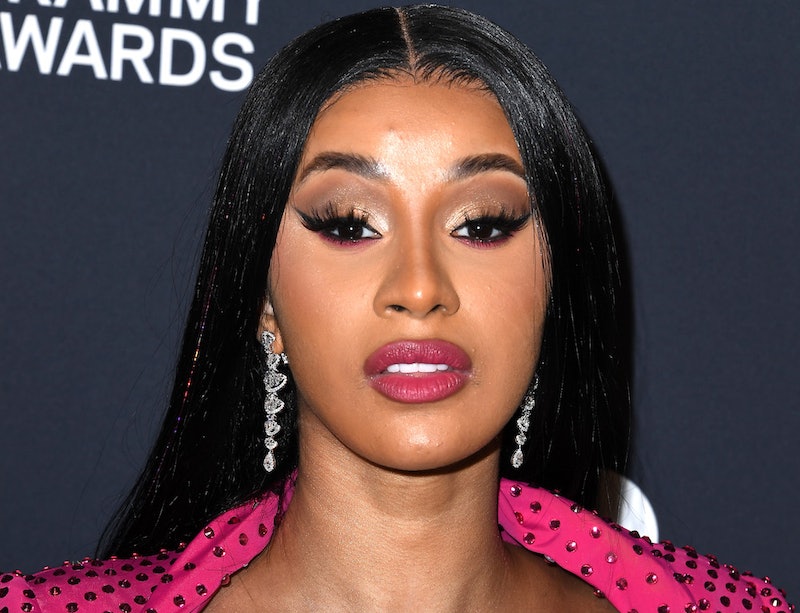 Cardi B wants her male counterparts to go harder for Breonna Taylor. In a new cover interview with Elle published on Aug. 11, Cardi called on more male rappers to speak out about Breonna Taylor. The Black 26-year-old emergency medical technician was fatally shot eight times in her own home by Louisville Metro Police Department officers Jonathan Mattingly, Brett Hankison, and Myles Cosgrove in March, and the public has been campaigning for justice ever since. However, Cardi feels she hasn't seen enough men step up to the plate.

“[I saw] Breonna Taylor’s name everywhere, but I didn’t really know her story,” Cardi told Elle, explaining why she feels so strongly about the case. “What they did to her is really f*cked up… What’s the excuse?” She demanded accountability and continued, “Why is the cop not in jail? Wasn’t what he did a crime? It’s a crime! And no apology. No video of the cop coming out crying, ‘I f*cked up.’... Nothing. I don’t even know how her mom still holds her head up.” Cardi then called on male rappers to “stick up” for Taylor. “A woman like Breonna Taylor, she was young,” she said. “She looked like she was listening to your music. She looked like she was your fan. You should stick up for her.”

Cardi also addressed reports that authorities sent Taylor's mother, Tamika Palmer (who filed a lawsuit against the officers in May), to the hospital despite knowing that Taylor’s body remained in her home. “Imagine how frustrated her mom was, crying, probably hysterical — the cops call her saying her daughter is in the hospital, and her daughter is not even there,” Cardi said. “Then the person who’s supposed to protect her is asking her mom, ‘Do you know anybody who [would] want to hurt Breonna Taylor?’ when you guys know who killed her.”

Cardi B has been calling for justice for Taylor all summer. In June, she shared a video of Palmer talking about her daughter’s death on Instagram and urged her followers to “keep fighting” for Black lives. “Imagine if this happens to your friend [or] your sister,” Cardi wrote, in part. “Don’t let Kentucky Police Department get away with this shit,” she continued in all caps, adding that the three police officers need “to go to jail.”