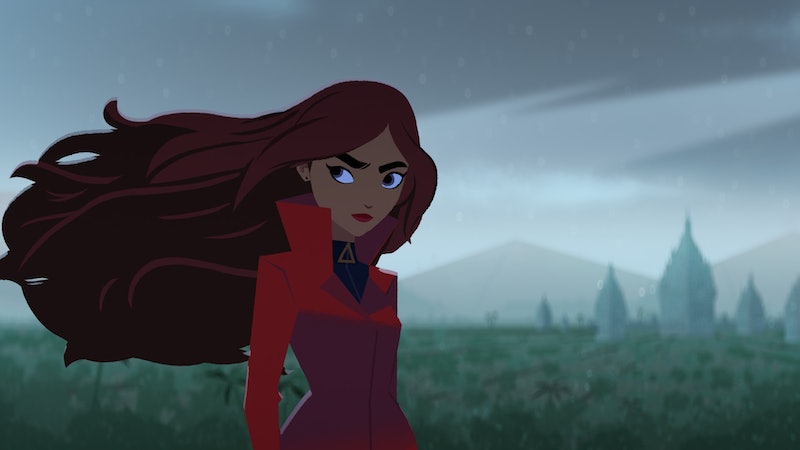 Where in the world is Carmen Sandiego? She's heading back to Netflix on Oct. 1 for a third season. But with such quick 24-minute episodes, it won't be long before fans turn their attention to Carmen Sandiego Season 4.

The show hasn't yet been renewed for a fourth season, but that's not unusual. Season 3 was announced in April 2020, six months after Season 2 premiered. If Netflix follows the same pattern, Season 4 news should arrive by April 2021, with an October 2021 premiere date. It's also possible that in the interim, there will be another Carmen Sandiego special like the interactive 30-minute episode Carmen Sandiego: To Steal or Not to Steal released in March 2020 between Seasons 2 and 3.

The benefit of Carmen Sandiego is that it's animated, which means it likely won't be affected by any potential coronavirus shutdowns. Depending on how things shake out for the rest of Netflix's live-action programming, new episodes could come even sooner than October 2021. Of course, it's also possible that Netflix won't choose to renew the series, but people were very excited about the Season 3 news, so things look promising. And since Season 3 sees Carmen looking for her mother, a fourth season could explore that relationship if and when Carmen tracks her down.

More like this
Here’s Why Danny Masterson’s Hyde Isn’t In 'That '90s Show'
By Brad Witter
Netflix Shut Down 'Bridgerton' S3 Rumours About A “Very Dark” Storyline
By Bustle
Everything To Know About A Potential 'Lockwood & Co.' Season 2
By Gretchen Smail
Everything To Know About 'Cobra Kai' Season 6
By Brad Witter
Get Even More From Bustle — Sign Up For The Newsletter
From hair trends to relationship advice, our daily newsletter has everything you need to sound like a person who’s on TikTok, even if you aren’t.