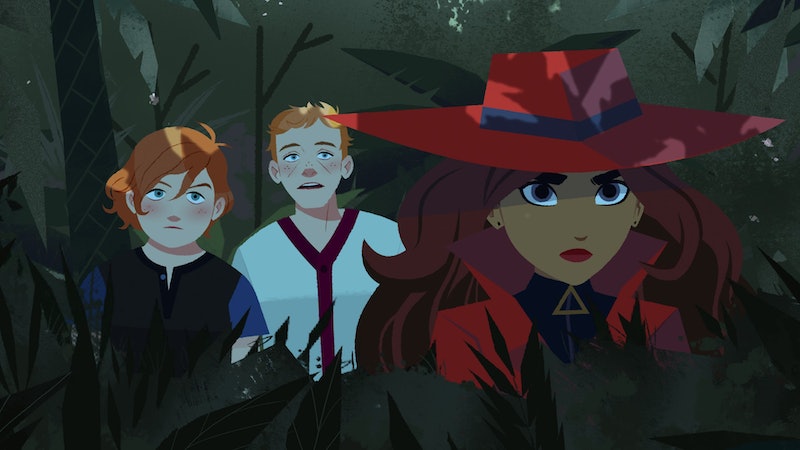 Your favorite red-hat wearing sleuth's animated journey is coming to an end. In December, Netflix announced that Carmen Sandiego Season 4 will be the show's last. But there's still more Carmen content to look forward to: there's at least one live-action Carmen Sandiego movie in the works and potentially more down the line.

Gina Rodriguez, who voiced Carmen in both the series and last year's Carmen Sandiego: To Steal or Not to Steal animated interactive short film, is slated to play the character in the film. The Jane the Virgin alum, who also serves as a producer for the project, gave Collider an update in September saying that "ideally [they] would be able to create multiple films," though they're currently focused on the first one.

"It is really imperative to us to create this iconic character ... that we didn't know much about, and give her a really solid story that we all fall in love with," said Rodriguez, who also helped launch an accompanying Carmen Sandiego book series. "So that's the unique challenge that we are working on, but I'm really excited and hopeful because it's coming together great."

While promoting the Netflix series' Season 1 premiere, Rodriguez told Entertainment Weekly that she believed adults would also "enjoy the nostalgia" of the new Carmen Sandiego, though she also felt "blessed" to introduce Carmen to a new generation. "It's just lovely to revive that character but also put her in the context of a multi-dimensional, complex woman which we need to see more [versions] of," Rodriguez said.

It tracks, then, that that actor wouldn't be ready to let Carmen go after just four seasons — no matter where in the world her adventures may take her.