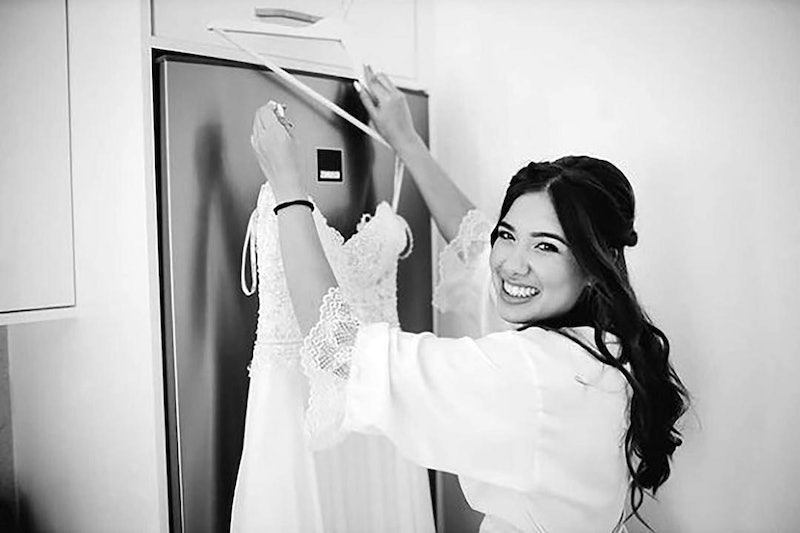 The story of Caroline Crouch, 20, a British woman in Greece who was found dead next to her 11-month-old baby girl, is set to be the subject of a new Channel 5 documentary, Caroline: The Murder That Fooled the World. The story rocked the public and worldwide press last year, after Caroline Crouch’s husband Babis Anagnostopoulos admitted to murdering her, despite initially insisting she had been killed by home invaders. With her father currently awaiting trial in a maximum-security prison, what happened to Crouch and Anagnostopoulos’ baby daughter, Lydia?

Anagnostopoulos, 33, was found bound and gagged by Greek police, after he alleged that three intruders had tied him up and killed his wife, along with the family dog, whilst breaking into their home in Athens. The former helicopter pilot's story fell apart after detectives uncovered data from Crouch's smartwatch which showed her heart stopped beating hours before the alleged burglary took place. Anagnostopoulos later admitted he had suffocated his wife with a pillow, before “panicking” and staging the fake robbery because he wanted to make “one last attempt so that [Lydia] might at least grow up with her father,” he said in his police testimony.

Following Anagnostopoulos’ arrest, there was a custody dispute over baby Lydia. Anagnostopoulos’ parents were initially taking care of Lydia after her mum’s death. It’s understood that the paternal grandparents wanted to maintain this arrangement and continue caring for Lydia. However, Caroline’s parents, Susan and David, who live in Greece, sought legal sole custody of their granddaughter. In June 2021, a temporary sole custody order was granted to Caroline’s parents, with the Anagnostopoulos family ordered to hand over the child. In October, the court made this custody agreement permanent. While Lydia will be raised solely by Susan and David, her paternal grandparents have been granted visitation rights.

More like this
Turns Out George Clooney Is A Huge Fan Of This Classic British Game Show
By El Hunt
'The Last Of Us' Has Officially Been Renewed For Season 2
By Darshita Goyal
Everything To Know About The 'Daisy Jones & The Six' TV Series
By Maxine Harrison and Brad Witter
These 5 Words In 'The Last Of Us' Ep 2 Have A *Major* Impact In The Future
By Sophie McEvoy
Get The Very Best Of Bustle/UK
Sign up for Bustle UK's twice-weekly newsletter, featuring the latest must-watch TV, moving personal stories, and expert advice on the hottest viral buys.