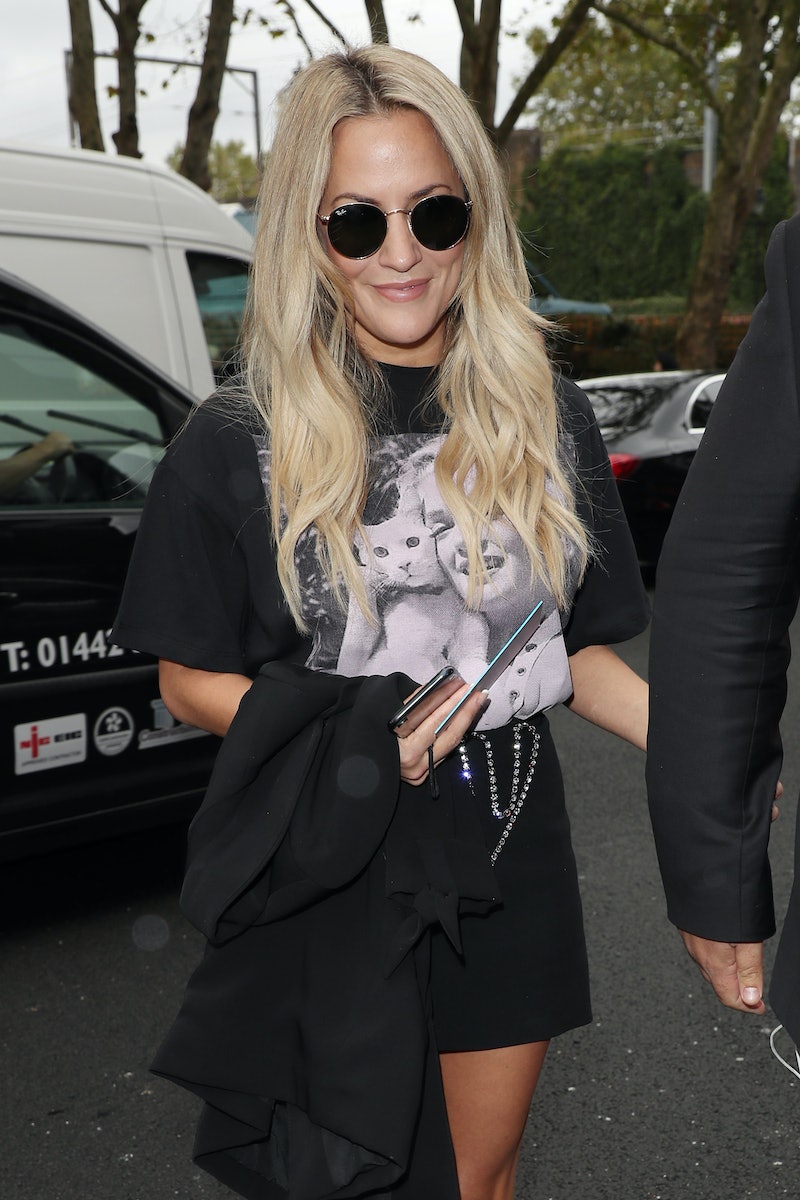 Trigger warning: This piece contains details about suicide as do many of its outbound links.

When former Love Island host Caroline Flack was found dead at her home in Stoke Newington, London, earlier this year, it sent shockwaves around the UK. Following an inquest into the presenter’s death, a coroner has ruled that the reason Caroline Flack took her own life was that she had learnt she was facing trial for allegedly assaulting her boyfriend Lewis Burton in December 2019.

Speaking at Poplar Coroner Court in London, Mary Hassell said: “I find the reason for her taking her life was she now knew she was being prosecuted for certainty, and she knew she would face the media, press, publicity – it would all come down upon her.”

Hassell also commented on Flack’s long-term struggle with “fluctuating mental ill health” that was exacerbated by the stress of fame, adding that Flack, 40, had been through “struggles” in the past: “In spite of the fact she may have led – to some – a charmed life, actually the more famous she got, the more some of these difficulties increased – she had to deal with the media in a way most of us don’t.”

The two-day inquest heard how sections of the media had been “hounding” the presenter over the alleged assault and that Flack's mental health had deteriorated following her arrest, according to the coroner. “Her trauma was played out in the national press and that was incredibly distressing for her,” Hassell said. It was found that Flack had killed herself after an "exacerbation and fluctuation" of ill health and distress.

The inquest heard Flack had struck Burton while he slept, charges which she had pled not guilty to following the incident in December 2019. Burton himself had not supported the assault charge, and remained by Flack’s side throughout the proceedings. In a statement, he said that the TV presenter “was not in a good place” the last time he had seen her. “The media were constantly bashing her character” and “writing hurtful stories,” Burton added.

Following the inquest, Flack’s mother, Chris, and her sister, Jody, issued a statement thanking the coroner for the compassion given in the inquest: “She treated Caroline with dignity and respect and allowed us to ask questions and finally get answers to things that have been giving us sleepless nights ever since Caroline felt she had no choice but to take her life rather than face the humiliation of a show trial.”

The hearing put pressure on the Metropolitan Police to explain the decision to charge the TV presenter with assault. Given a lack of previous convictions, the inquest heard the Crown Prosecution Service (CPS) initially wanted to issue a caution against Flack for her actions, but withdrew it after the Metropolitan Police said it believed it was in public interest to bring an assault charge.

The presenter's mother told the court she thought her daughter had been “seriously let down by the authorities” and in particular the CPS for pursuing the assault charge. Chris said she “fully appreciates” that domestic violence cases need to be taken seriously, but added: “I don’t believe Caroline was treated as anyone else would have been.”

Giving evidence at the hearing, Detective Inspector Lauren Bateman denied treating Flack differently because of her celebrity status. “I was not biased and I treat everyone the same,” said Batement at the inquest. “In my opinion, at that point, the case wasn’t suitable for a caution."

Bateman added that Flack had not shown remorse for her actions and “there was no clear admission of guilt.” At the time of the incident, Flack had admitted to making a “flicking gesture” with her phone, which led to Burton sustaining a head injury and calling emergency services. However, Bateman said “it was unclear what she was admitting to and what she was saying happened,” which is why an assault charge and prosecution was recommended, the inquest heard.

A CPS spokesperson said: “We know this has been an extremely difficult period for the family and friends of Caroline Flack and our thoughts remain with them at this time. We are grateful for the opportunity given by the coroner to provide detailed background into our handling of the case. It is our sincere hope this has assisted the coroner and Ms Flack’s family in understanding our decision-making.”