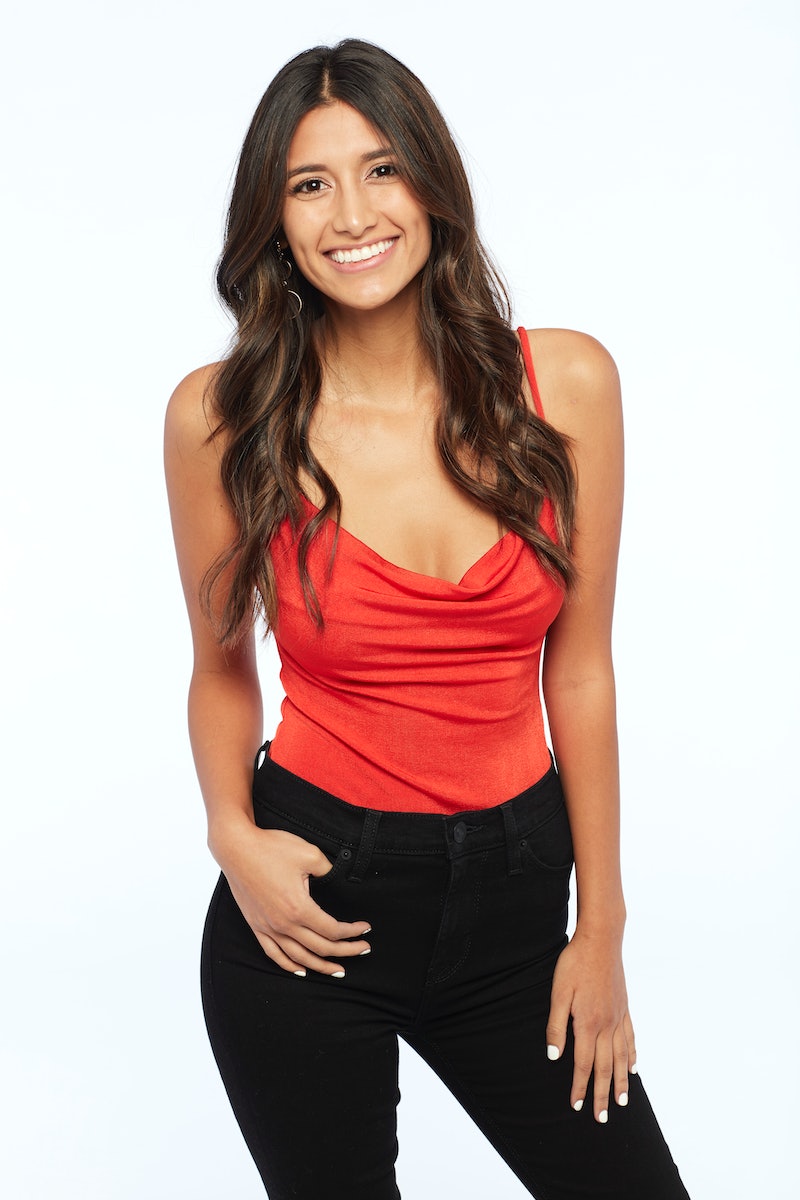 During a live video announcing Matt James' Bachelor contestants, Chris Harrison teased that Casandra Suarez made a "very bold" outfit choice on night one akin to Alexis Waters' dolphin/shark costume. But off-screen, the 25-year-old is more likely to be wearing sweatpants with no makeup on. According to Casandra's official ABC bio, her "confident, laid-back" approach is what guys like about her; they feel like they "can take her anywhere and don't have to worry about entertaining her."

Though she's "found it hard to find the one" in the past, Casandra is "willing to take a chance if it means finding forever love" with Matt. Here's everything to know about her ahead of the Season 25 premiere.

After earning her master's degree in social work from the University of Southern California, Casandra has been working as an ER social worker at San Diego's Scripps Mercy Hospital since December 2020, per her LinkedIn page. She also has over four years of experience in the mental health field and hopes to one day become a licensed clinical social worker.

"Only 4% of Latinas have a master's degree or higher and today, I'm proud to be one of them," Casandra, who's bilingual, posted on Instagram in August. "The little Mexican girl who grew up on the 'east side' only dreamed of this life I’m living."

Dating back to 2012 during her undergrad years at San Jose State University, Casandra's Instagram posts provide almost a decade's worth of snapshots of her life. In recent months, she's posted about her college graduation, sharing her reason for choosing the social work career path. "As someone who experienced childhood trauma and dealt with waves of anxiety and depression for many years, I didn't know if I could be successful in the mental health field," she captioned an August post, in part. "How could I help guide others on the right path when I was so lost myself? But I can honestly say these past 2 years helped rid any doubt I had."

Elsewhere on Instagram, Casandra poked fun at Chris Harrison for calling out her "bold" outfit choice in a Dec. 13 post, writing, "Sometimes I make bold decisions and sometimes those decisions are public." And she announced a move: though Casandra's Bachelor bio says she's currently living in Newport Beach, she posted in September that she was leaving the California city after what she called the best two years of her life. Her Instagram bio lists her as being based in San Diego...which is notably on the other side of the United States from Matt's home in New York City.

Casandra's bio says that she's a "loyal, compassionate, and caring" partner — as long as you don't eat food off her plate. Joining The Bachelor is the biggest risk she's ever taken for love, but she believes she and Matt will have a lot in common and will find a genuine connection.