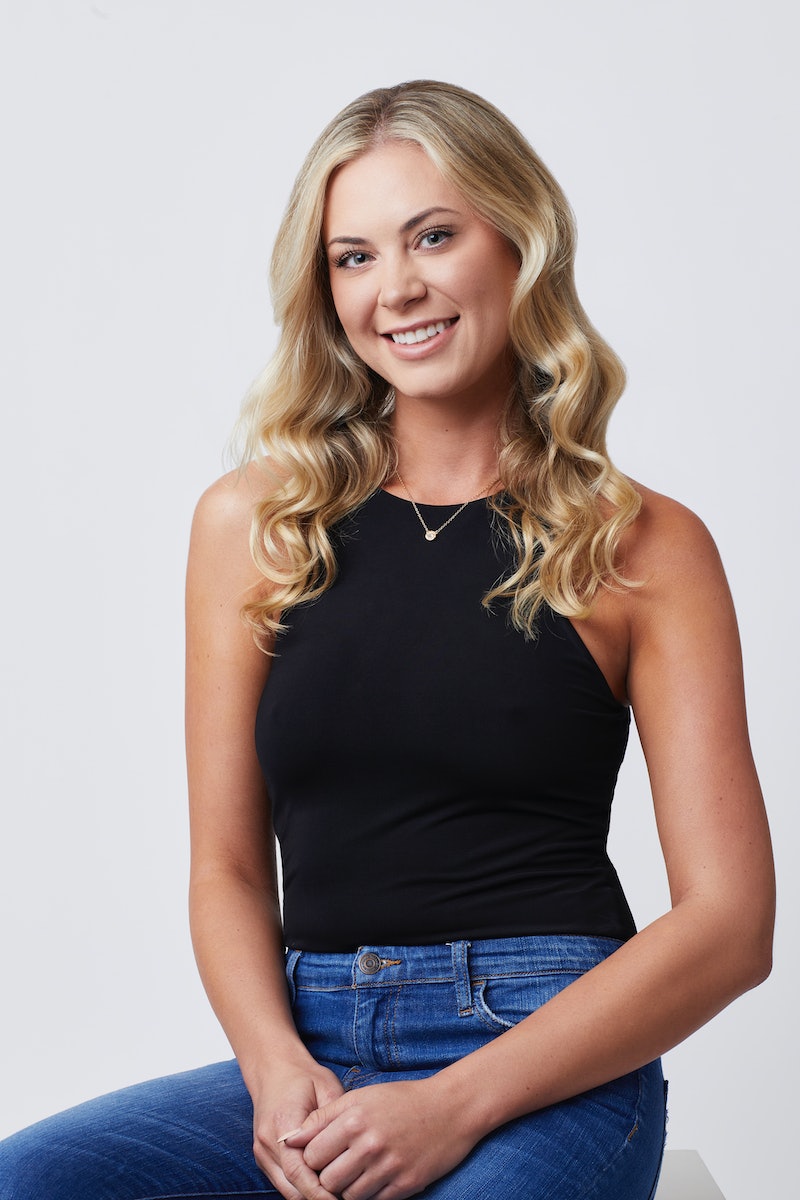 Despite making an endearing entrance on a child-sized Range Rover, Bachelor contestant Cassidy Timbrooks quickly lets the other women know she’s not on the show to play around. Rather than help her fellow castmates set up for a kids’ birthday party during the season’s first group date challenge, Cassidy instead opts to pull Bachelor Clayton Echard aside for a poolside makeout. “I don’t care if the girls are a little miffed,” the 26-year-old Los Angeles resident says in a preview clip shared by E!. “Ultimately, I’m here to date Clayton.”

The other women are, indeed, miffed. “I think it’s disrespectful, and I would gladly tell her that right to her face,” one woman says. But Cassidy doesn’t seem to care. “As of this day, I think Cassidy might be a frontrunner,” she declares to the cameras in third person.

Her rise to the top may be short-lived, though. In a teaser shared on The Bachelor’s Twitter account, a cryptic voiceover previews that a “secret side piece is revealed,” and Cassidy is heard telling a fellow contestant that there was a guy she’d been “hooking up with, on and off” before joining the show. During a one-on-one conversation with one of the other women, Clayton learns that Cassidy may have even FaceTiming with the man “right before” she met him, which assumedly won’t bode well for her time on the season.

Before the drama plays out, here’s everything to know about Cassidy.

In her LinkedIn bio, Cassidy says she’s worked in the guest service field for 10 years. She graduated from Arizona State University in 2016 with a degree in general business administration and management and subsequently moved to the Boston area, where she worked as a bartender.

In 2019, she moved to LA and briefly continued bartending. In March 2020, she began her current job in the fire protection and low voltage security industries as an executive regional recruiter for Titanium Recruiting, Inc. On her LinkedIn, Cassidy notes that she is the “direct contact for Titanium’s partnered clients throughout Canada and the American Midwest.”

Though Cassidy’s Instagram is filled with plenty of outdoor photoshoots — many poolside or at the beach — her most heartfelt posts focus on her family. She’s mentioned her stepmom, Marilee Timbrooks, and three brothers, Thaddeus, Garrison, and Calvin Timbrooks on her page. In September 2020, Cassidy also revealed that her dad, Tyrus Timbrooks, had been diagnosed with brain cancer and only had a few months left to live. He passed away the next month in Surprise, Arizona at age 58.

“Those of you who know me well know that my father hasn’t been a part of my life for quite some time,” she captioned an Instagram post on the day he passed away, in part. “I have harbored a great deal of grief and resentment in my heart for years that has made my progression into adulthood, at times...let’s go with turbulent. That said, I am positively humbled with gratitude that the opportunity to be in my fathers home, breaking bread with his family, and sitting beside him on the couch during the last few months of his life was one that I had. ... I will regret, probably forever, allowing my pride to stop me from reaching out to him so many dozens of times over the years.”

Elsewhere on her page, Cassidy hinted at her interest in joining The Bachelor. She posed with roses in January 2021, writing that “no man is worth the aggravation. And in March, she revealed that she’d deleted her dating apps “to find love the old fashioned way” — ie on reality TV. “I truly wish my dad, the bachelor fan he was, was here to see this,” Cassidy wrote on Dec. 15. “I met a wonderful man and dozens of talented, amazing women and I’m so excited for you all to see the journey unfold.”

Other fun facts about Cassidy: she has a matching tattoo with her mom, is a pro at driving stick shift, and doesn't like clubs because she hates waiting in lines.

What Cassidy Is Looking For

ABC describes Cassidy as a “bold, blunt woman who isn't afraid to say how she feels or do what she wants.” After spending her 20s “experiencing life to the fullest,” she’s figured out what she’s truly looking for in a partner: someone who can keep up with her fast-paced lifestyle, is attracted to her independence, wants to create a home, and can be a teammate who matches her adventurous spirit.