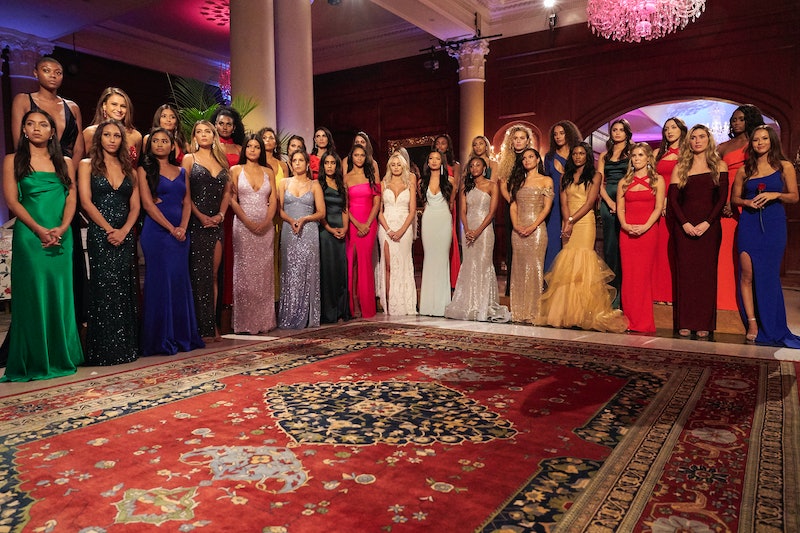 We haven’t officially met the next Bachelor yet — we’ll have to wait for Michelle Young’s Bachelorette premiere on Oct. 19 for that — but Clayton Echard is already making waves in Bachelor Nation. The tight end-turned-sales rep from Eureka, Missouri, was described as a “very personable” potential Bachelor by Tayshia Adams in a recent interview with Entertainment Tonight. “He was someone that really had fun with all of the dates,” the current Bachelorette co-host said. “I think if it is him, you’re in for a little treat.” Sources told Us Weekly and Variety that Clayton is the next Bachelor, and photos shared by E! seem to suggest promotional photography was happening in small-town Eureka.

ABC hasn’t confirmed those reports, of course, but that hasn’t stopped fans from speculating about Season 26, Clayton, and who might join him along the way. If Clayton is our guy, his Bachelor season will mark the return of the franchise’s flagship program — the first season since Rachael Kirkconnell’s racism controversy and rocky romance with Matt James shook up the fandom. So trust that this will be one to watch... as if everyone wasn’t already counting down the days till The Bachelor’s likely January premiere date.

Until ABC officially reveals the show’s next star, here is a potential list of Clayton’s Bachelor contestants based on “an early look at the women who may be on this season,” released Sept. 25 by the source itself, The Bachelor Facebook — plus additional information from recent murmurs.

Ency, 28, is from Burbank, California.

Elizabeth, 32, is from Highlands Creek, Colorado.

Jill, 26, is from Scituate, Rhode Island.

Salley, 26, is from Greenville, South Carolina.

Lindsay, 27, is from Warner Robins, Georgia.

Susie, 28, is from Virginia Beach, Virginia.

Breauna, 28, is from San Diego, California.

Kate, 32, is from Clarksville, Tennessee.

Rianna, 26, is from Mount Pleasant, Texas.

On Sept. 22, Reality Steve reported that Rianna Hockaday would be joining the contestants. Though her Instagram is currently private, Reality Steve writes that she is an ICU nurse. In her bio, Hockaday invites users to “ask me about Jesus, he’s my dude.”

Sarah, 23, is from Spartanburg, South Carolina.

Sierra, 26, is from Oklahoma City, Oklahoma.

Hailey, 26, is from Orlando, Florida.

Kira, 32, is from Greensboro, North Carolina.

Ivana, 31, is from Snellville, Georgia, and Enterprise, Alabama.

Melina, 27, is from Los Angeles, California.

Genevieve, 26, is from Rehoboth, Massachusetts.

Jane, 33, is from Los Angeles, California.

Rachel, 25, is from Chicago, Illinois.

Serene, 26, is from Oklahoma City, Oklahoma.

Cassidy, 26, is from Cave Creek, Arizona.

Tessa, 26, is from Stamford, Connecticut.

This appears to be the Lyndsey Windham that Reality Steve first reported on Sept. 22. Based on his findings, Windham graduated from Texas A&M in 2016. Her Instagram is private, but Bachelor Nation’s de-facto soothsayer reports that she is an employee at Uline, a shipping supply company.

Marlena, 30, is from Virginia Beach, Virginia.

Teddi, 24, is from Redlands, California.