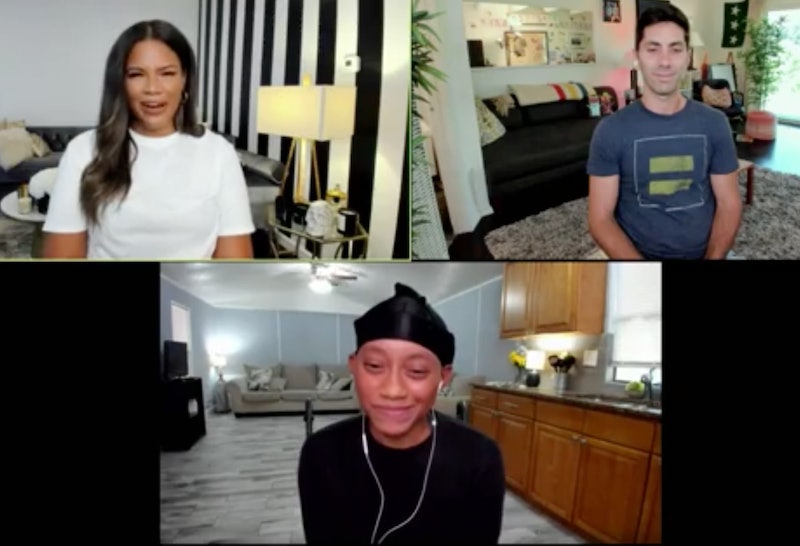 Catfish has never been short on drama, but Zay and Jayda's episode may be the messiest one to ever air on the show. It involved infidelity, a repeat Catfish, and a very tangled loved triangle. Let's get into it, shall we?

Zay, a barber from New York City, was unhappy in her marriage to wife Eris, so she started talking to a girl named Jayda on Instagram. She caught feelings fast, and ultimately confessed her disloyalty to Eris in the hopes of being with Jayda. The catch, though, was that Zay and Jayda had never video-chatted or even talked on the phone, which put Zay in quite the sticky situation.

Not only was Jayda a catfish, she was a mutual friend of Zay and Eris' named Makeda who Zay had actually already hooked up with. To make matters worse, Makeda claimed she'd also slept with Eris "two days after" sleeping with Zay, though it ended up being a lie to further stir the pot and "help" Zay leave her wife.

The real kicker? Makeda has been on Catfish before. She made a similar intervention in Season 6 hopeful Telizza's relationship, pursuing her as another woman in attempt to "save" Telizza from an ex-boyfriend. The episode was a big deal for Telizza, who hadn't previously come out as queer. At the time, Makeda said she never had romantic feelings for Telizza. You can watch their confrontation below:

Now, Makeda tells Bustle that she and Zay are "working on our friendship," which comes as quite the surprise given how angry Zay was at the end of their episode. On June 16, she posted a lengthy, but vague Facebook status about cheating.

"Cheating on your partner has less do with the person being cheated on and more to do with the person that is cheating," she wrote. "Never be mad at a person for cheating because they are fighting their own demons, Be more upset that You didn’t spend your life with a more healthier individual."

Zay tells Bustle that she and Eris continue to work on their marriage "day by day" and "the progress is coming along." She says she's still working as a barber and hopes to open her own shop soon. As for Makeda, she says they've "been in contact twice," adding, "She reached out to me to apologize for what she had done and that was really it."