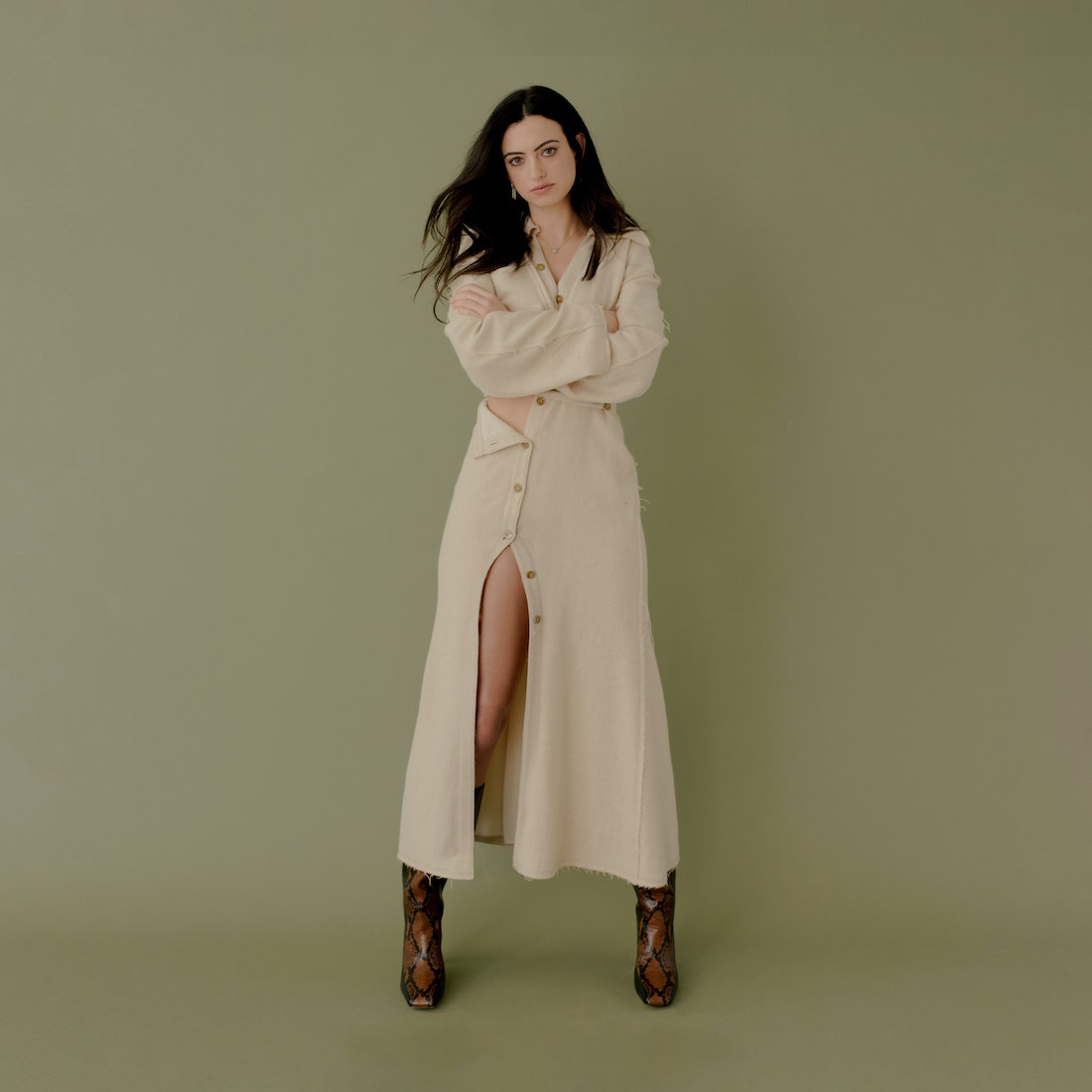 According to Cazzie David, there are five ways to get a quarantine boyfriend. The first is to pursue “someone you've met a few times or someone you meet on an app” — an unattractive option for the 26-year-old comedy writer, who inherited intense germaphobia from her father, Seinfeld co-creator Larry David. Cybersex is sanitary, but she believes “it takes a lot of brainwashing, and you have to be really confident that you’re hot.” Backsliding to an ex-boyfriend is "a really good choice for people who have anxiety about [their ex] being with someone else," David says, slipping into a professorial mode that makes our Zoom interview feel like a mock MasterClass in modern dating. “Then you have the people in your contacts you don’t really like, but they were the closest to you when you settled down for quarantine.” She chose this last technique when it became clear that finding a corona companion was paramount to her pandemic survival.

“I was really single before quarantine hit and I had seven guys I was texting — I’m always talking to people because I need male attention to continue on with my life — and I got to choose one to hang out with.” The man she elected to let into her pod was “not who I liked the most,” she explains, but, thanks to his adherence to public health protocols, “he was the safest for me to hook up with.”

David has, more or less, avoided being alone ever since she met her first serious boyfriend in high school: the Marlboro Reds-smoking, tender but tortured soul covered in amateur tattoos who appears in David’s new collection of essays, No One Asked for This, as a character sketch that codifies into her “type.” The relationship gave David her passion for lost boys — a “tragedy kink,” in her words — and it made her realize that coupledom is a port in the storm of her perpetually turbulent psyche.

Her first boyfriend experience was like “having a human embodiment of Xanax and being able to hug that person and actually feel oxytocin in my veins from it,” she says now. “As someone who needs constant reassurance and is totally [riddled] with anxiety, I need that.” David is momentarily distracted by an ant crawling on the ground of her mother’s house, where she’s now quarantining after what she calls a “near toxic” stint third-wheeling with her dad and his new wife. “My dad wants to be as safe as possible but he's so absent-minded that he isn't doing the precautions that he actually wants to be doing,” she explains of her choice to live and promote her book, out Nov. 17, far away from the newlyweds.

The essay collection is already all over the news thanks to David’s detailed recounting of her breakup with Saturday Night Live star Pete Davidson. She reveals that she found out Davidson had started dating pop star Ariana Grande one day after their breakup, while en route to her sister’s college graduation in Washington, D.C., via Twitter. “I think I probably left my human body. My dad held me as I shook uncontrollably in his arms for the entire flight,” she writes.

The end of their two-and-a-half-year relationship — which she calls a “hyperbolic,” “heightened,” and “catastrophic form of a regular breakup” — is the destabilizing event at the emotional core of David’s debut. But what feels truly revelatory about her telling of the story is that it doesn’t end with a newly enlightened David learning to love herself by being on her own, as the rules of empowering young women's essays dictate. No One is decidedly not the misanthropic millennial’s answer to Eat, Pray, Love; David does not discover that she’s fine going it solo only to have a great guy materialize, enraptured by her new, less needy energy. Instead, it ends with David in an inpatient mental health facility for issues exacerbated by the painfully public breakup, then immediately defaulting to her normal state of being obsessed with texting boys.

Following her breakup with Davidson, David went on a “very stereotypical rebellion” that involved “seeking out guys who had motorcycles and being very Bella in Twilight: New Moon.” “I may have used men in my life as a means to cope and feel better momentarily along with other things that I turned to,” she says now. She also wrote through it: columns for former Vanity Fair editor-in-chief Graydon Carter’s newsletter Air Mail; think pieces for Vogue; the essays that make up No One. Eventually, she and Davidson were on solid ground again. “We’re good friends,” she tells me. “I will always care about him. We’re super close and I was thankful that he was supportive of [the book]. It helped me a lot mentally.”

These days, she’s using new forms to explore her interest in the chaotic endings and manic beginnings of relationships. There’s “R u mad at me?” a DIY quarantine video project in which she unsuccessfully attempts to lock down a pandemic boyfriend, as well as a full-blown script for HBO Max, details about which are scarce. For David, the comedy of dating lies in the gap between our public personas and our private delusions. “We can all put on the front that we are happy to be single and it's fun and we're killing it, but anyone is susceptible to falling into romantic obsession,” she says. Faced with a new romantic prospect, she says, “Nothing else matters. They don't have a family, politics don't exist, nothing else exists except for the fact that this guy is or is not thinking about her and how to psychoanalyze that as much as possible until he does.”

Where she splits from the Seinfeld ethos is that her cynicism doesn’t extend beyond her own self-loathing. David doesn’t think it’s embarrassing that you’re single; it’s a personal issue. “I believe in happy endings,” she says, “just not for me.”