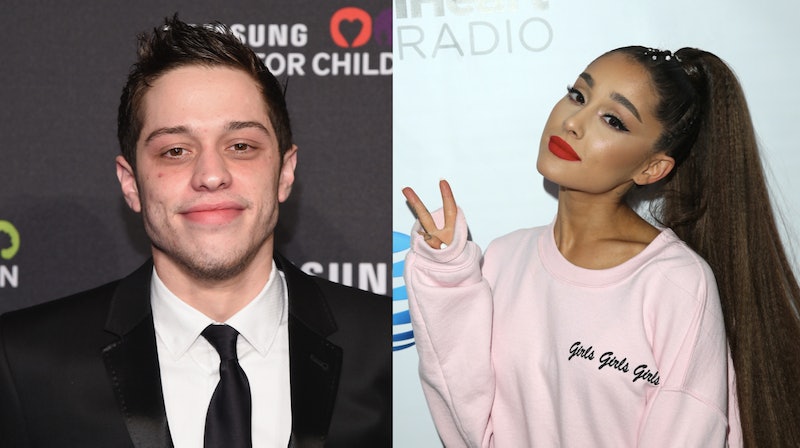 Seeing as how they might be engaged after just a month of publicly dating, now is as good a time as any to do a quick review of Ariana Grande and Pete Davidson's relationship timeline. Believe it or not, the couple likely first clicked as far back as 2016, but it'd take two years before they started showing love for each other all over the 'Gram. (Bustle reached out to Grande and Davidson's reps about the engagement reports, but did not receive an immediate response.)

The first time Grande and Davidson were snapped together was when Davidson popped in on Grande's opening monologue on the March 12, 2016 episode of Saturday Night Live. Could they have potentially met before then? Sure. This was the first documented point of contact, though.

Whether or not sparks flew that night remains to be seen, but both Grande and Davidson were in relationships with other people at the time, and both of them would remain in those relationships until May 2018. Slightly suspicious or sweetly serendipitous? TBD.

It's hard to believe that May 2018 was only a few weeks ago. Things between Grande and Davidson escalated really quickly in a short amount of time. In case you've missed any of the updates, here's a quick breakdown of their most important milestones.