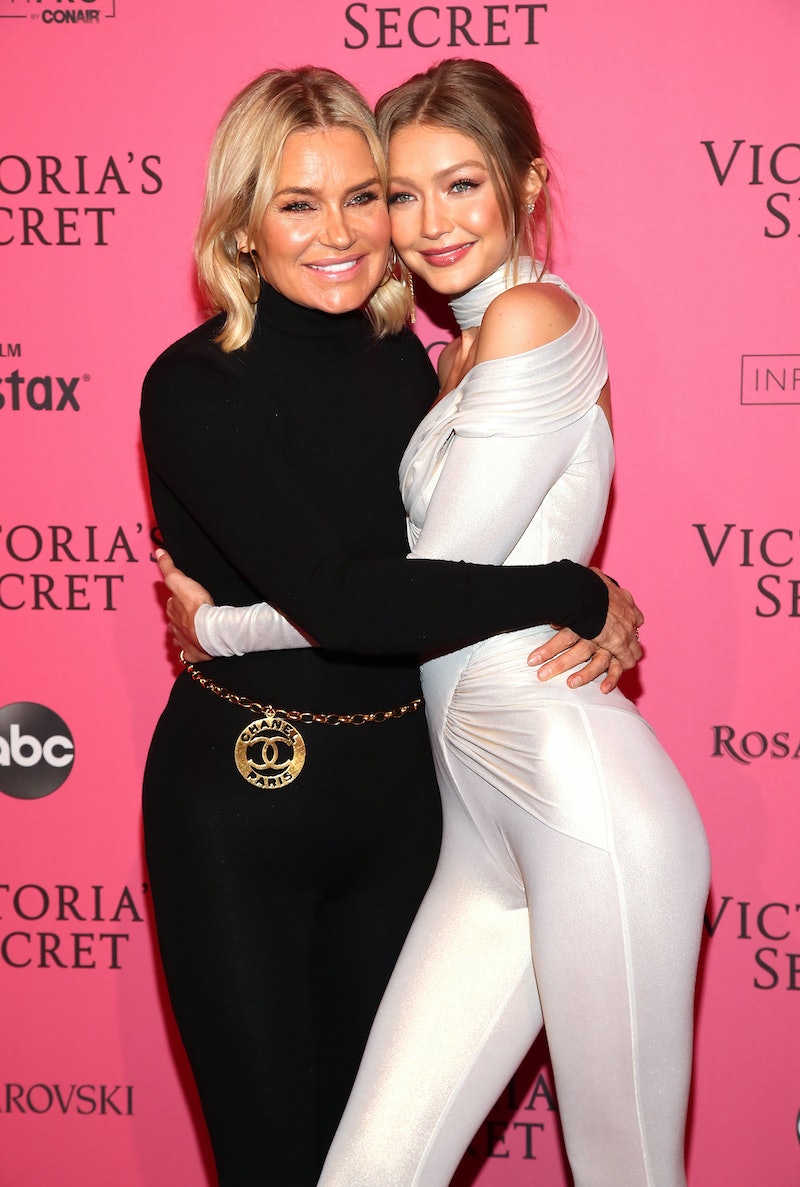 Actors, politicians, and musicians are all celebrating the mothers who raised them. On Sunday, May 9, numerous celebrities shared Mother’s Day tributes on social media, with many looking to honor the special role their own moms have had in their lives and to send well wishes to matriarchs everywhere. Major stars such as Gigi Hadid, Kristen Bell, Khloé Kardashian, and John Legend were among those who shared special messages about motherhood.

Instagram was flooded with throwback photos and heartfelt messages to celebrate Mother’s Day. Even celebrities who generally aim to keep their private life out of the spotlight couldn’t help but highlight the mothers who made them who they are on this special day. From celebs like Reese Witherspoon, who posted pictures of the “fierce and loving” woman who taught her everything, to those such as Kristen Bell, who just wanted to wish fellow moms a great day, the day did not go unnoticed. A few — such as former President Barack Obama, who shared a sweet picture of wife Michelle Obama to honor the day — were paying tribute to the mothers of their children and all that they do to help raise them.

The special connection shared between mothers and their children transcends fame, and celebrities took the opportunity to show their gratitude to moms with these moving posts.

Kristen Bell shared a fun post posing with a Muppet and wishing well to “anyone who holds and uses that magnificent mama energy.”

Priyanka Chopra shared a tribute to her mother, Madhu Akhouri Chopra, and her mother-in-law, Denise Jonas, saying the two are “incredible women who lead by example every day.”

Reese Witherspoon shared a rare photo of her “fierce and loving” mother Betty, who is “kind and strong.” It seems the mother-daughter duo have so much in common!

Gigi Hadid celebrated both her own mother, Yolanda, and the milestone of becoming a mother herself this year.

Kris Jenner, famously a “momager,” shared throwback photos of her whole family to celebrate Mother’s Day. Jenner also shared a few photos of her daughters with their own kids, including Kim, Khloé, Kourtney, and Kylie.

Khloé Kardashian had a tribute in return for mom Kris Jenner. “Without you were are nothing,” she wrote to the famous family’s matriarch.

J. Lo documented three generations of her family in a Mother’s Day slideshow on Instagram, posing with both her mother, Guadalupe Rodriguez, and her daughter, Emme.

The former POTUS thanked Michelle Obama for being an incredible mother to their daughters and looked to celebrate all “the moms who raised and sustained us.”

Miley Cyrus dedicated her SNL performance to mom Tish and posted a clip from the show shouting out her mother and godmother Dolly Parton.

John Legend shared a family portrait with Chrissy Teigen and their two kids, Luna and Miles, paying tribute to Teigen amid “a year that tested you in so many ways.”

Michelle Obama posted a throwback photo of her mother Marian Lois Robinson, thanking her for being a “guiding force in my life.”

Dan Levy shared an awards show photo with his mother, Deborah Divine, celebrating both his mom and “the fading memory of wearing hard clothes.”

JVN shared a slideshow of the special days spent with his mother amid the pandemic as well as a throwback photo from when he was a little kid.

Will Smith celebrated his mother and shared an unfortunate memory of her walking in on him with his girlfriend in high school, saying, “But, really you should’ve been asleep.”

A mom herself, Mindy Kaling reflected on motherhood and then wished a happy Mother’s Day to everyone.

Katherine Schwarzenegger got a special shoutout from husband Chris Pratt on her first Mother’s Day as a mom and third as a stepmom. Meanwhile, Pratt also acknowledged his own mother, saying he knew he was loved “every second” of his childhood.

Sofia Vergara wished a “feliz Mother’s day” to her mom and other special moms in her life.

Kevin Hart made sure to celebrate his wife, letting her know how lucky he and their kids are to have her.

Having “joined the magical club of motherhood,” Mandy Moore wrote about her joy as a parent. She also made sure to recognize anyone from whom Mother’s Day is a challenging holiday.

Ryan Reynolds wrote a touching message to wife Blake Lively, but he couldn’t resist mixing in on-brand humor as well.

Jill Tavelman was honored by daughter Lily Collins, who called her mom her “first role model and partner in crime.”

More like this
Demi Lovato, Jessica Chastain & More Stars Celebrated The 4th Of July By Protesting
By Jake Viswanath
Kris Jenner Drunkenly Toasts Khloé Kardashian’s 38th Birthday With This Speech
By Grace Wehniainen
Adele Says It Would Be “Wonderful” To Have Kids With Boyfriend Rich Paul
By Jake Viswanath
Rihanna Is America's Youngest Self-Made Woman Billionaire, According To 'Forbes'
By Hugh McIntyre
Get Even More From Bustle — Sign Up For The Newsletter