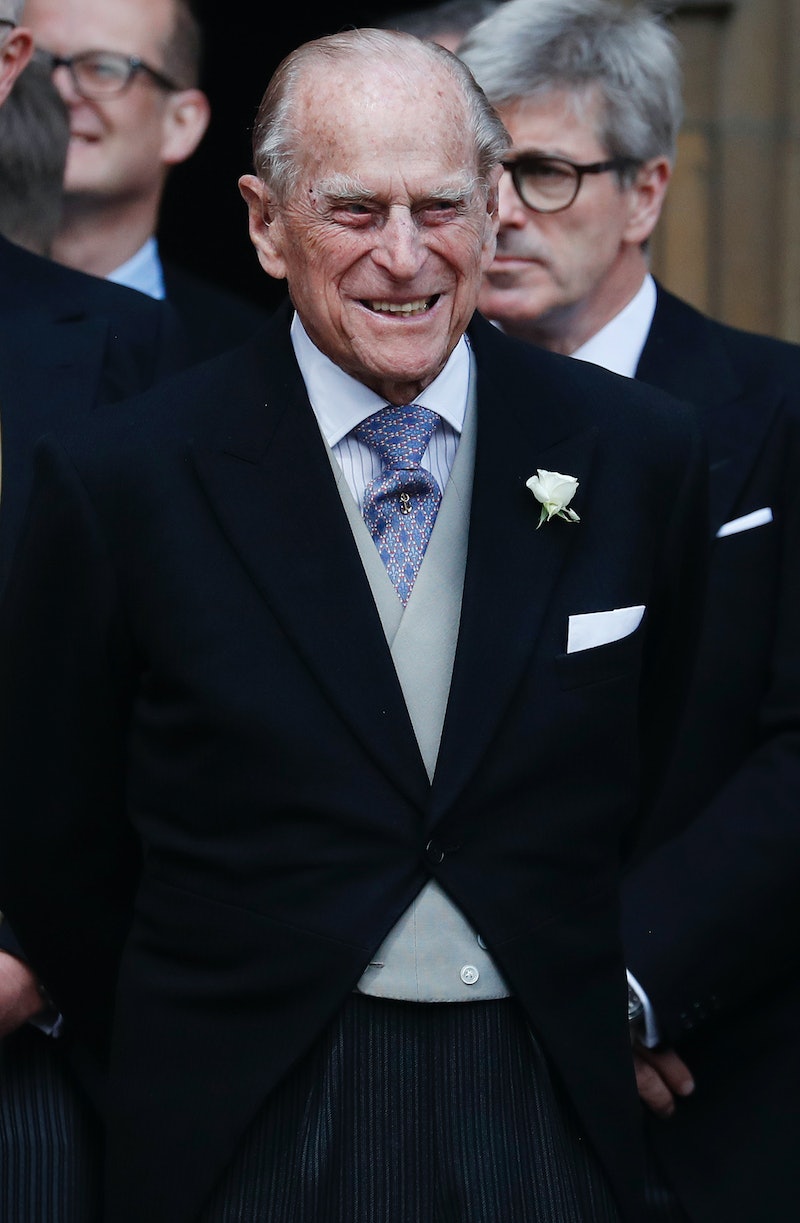 Public figures have shared tributes to Prince Philip, who passed away aged 99 on April 9. “His Royal Highness passed away peacefully this morning at Windsor Castle,” a statement from Buckingham Palace read. The Duke was honoured by many for his life of public service as part of the royal family and his efforts in the military during World War II. He was also praised for his support of the Queen to whom he was married for more than 70 years. The Duke of Edinburgh’s Award, founded by the Prince in 1956, was also credited for having motivated young people around the world.

Among those paying tribute to the Prince were British politicians including Prime Minister Boris Johnson and Leader of the Opposition Keir Starmer. Heads of Commonwealth countries also shared their condolences, with Justin Trudeau, Prime Minister of Canada and Scott Morrison, Prime Minister of Australia among the first to do so.

The British Prime Minister Boris Johnson honoured the Duke as both a private and public figure. Calling the Prince’s life “extraordinary,” the Johnson credited him for having inspired “countless young people” through his Duke of Edinburgh Award scheme and for being a “devoted husband and loving father, grandfather, and great-grandfather.”

In a statement posted on the White House website, The President of the United States Joe Biden and First Lady Jill Biden shared condolences on behalf of “all the people of the United States.” The couple remarked on the Duke’s devotion to “worthy causes” and “environmental efforts” and said they would be keeping the Queen and Prince Philip’s other family members “in our hearts.”

The Former President of the United States Barack Obama commented on Prince Philip’s actions “in service of something greater.” He added that the Duke had provided an “extraordinary example” to others and said his thoughts were with the Queen, the Royal family, and the British people.

Prime Minister of the Commonwealth country Canada, Justin Trudeau, wrote of the Duke’s “great purpose and conviction” in a statement shared to his Twitter page. He honoured the Prince for having contributed greatly to “the social fabric” of Canada and said the thoughts of the country’s people were with the Queen and the Royal Family.

The Archbishop Of Canterbury

Justin Welby, the Archbishop of Canterbury, praised the Duke’s “unfailing support and unstinting loyalty to Her Majesty The Queen” in a lengthy statement shared on social media. He also called on the British public to draw on the Prince’s example of “fortitude and deep sense of commitment to serving others” as the country recovers from the coronavirus pandemic.

The speaker of the U.S. House of Representatives, Nancy Pelosi, shared condolences on behalf of the U.S. Congress. She remarked on the Duke’s “inspiring ethic of dedicated service” and hoped the fact that so many people were mourning him would be of comfort to the Queen and the Royal Family.

The Prime Minister of Australia referenced the Duke of Edinburgh’s service to the Crown, the UK and the Commonwealth, of which Australia is a member. He also celebrated the Prince’s commitment to philanthropic work in the country stating he had been a patron or president of nearly 50 Australian organisations. On behalf of the country’s people, he sent “love and deepest condolences.”

The leader of the Labour Party was one of the first to share his condolences, writing on Twitter that Prince Philip and the Queen’s marriage had been been “a symbol of strength, stability and hope” including during the coronavirus pandemic. He also acknowledged the Duke’s “decades of service” to Britain.

The President of Greece, where the Duke of Edinburgh was born, shared her condolences on Twitter, and paid tribute to his decades of devotion and service. Her words were accompanied by a picture of the Prince as a child dressed in the uniform of a Greek Evzone guard, the service personnel who protect the Presidential Palace in Athens.

Scottish First Minister Nicola Sturgeon said she was “saddened” by the news of Prince Phillip’s passing and shared her “deepest condolences” to the Queen and her family alongside those of the Scottish government and the Scottish people.

President of Ireland Michael D. Higgins wrote of Prince Philip’s “unfailing commitment and devotion to duty” in a statement posted to his official website. He also shared his experiences of the Duke’s character, noting: “In the course of his long service he frequently brought an air of informality to otherwise formal occasions.”

London mayor Sadiq Khan shared his “deepest sympathies” with the Royal Family on social media. In a Twitter post, he wrote of the Duke’s 70 years of royal duties and expressed gratitude on behalf of Londoners for Prince Philip’s “contribution to our city and our country.”

This Morning host Schofield shared a brief tribute via Instagram stories where he noted that interviewing the “remarkable” Duke was a “terrifying” experience. “Farewell to a remarkable man, terrifying to attempt to interview but great fun to be with,” he wrote.

The former Countdown presenter and author shared an anecdote about the affection the Queen and the Prince had for one another. She wrote that she had seen them “flirting with each other madly and laughing” and offered her deepest condolences to the Queen.

According to The Athletic reporter Jack Pitt-Brooke, Tottenham Men’s Football Club manager Jose Mourinho interrupted a press conference with his reaction to news of the Prince’s death. He reportedly said: "I want to express my condolences to the Royal Family. To be very honest, I have a deep deep deep respect for the Royal Family. All my condolences. It's not just this country sharing this feeling."

More like this
Yes, 'The Price Of Glee' Will Be Available To Watch In The UK
By Catharina Cheung
The Firm Favourites To Replace Matt Lucas On 'Great British Bake Off'
By El Hunt
'The Traitors' Tom Just Set The Record Straight About His Relationship With Alex
By Sophie McEvoy
Prince Harry Breaks Down The Royal Rota & How It Works In Candid Confessional
By El Hunt
Get The Very Best Of Bustle/UK