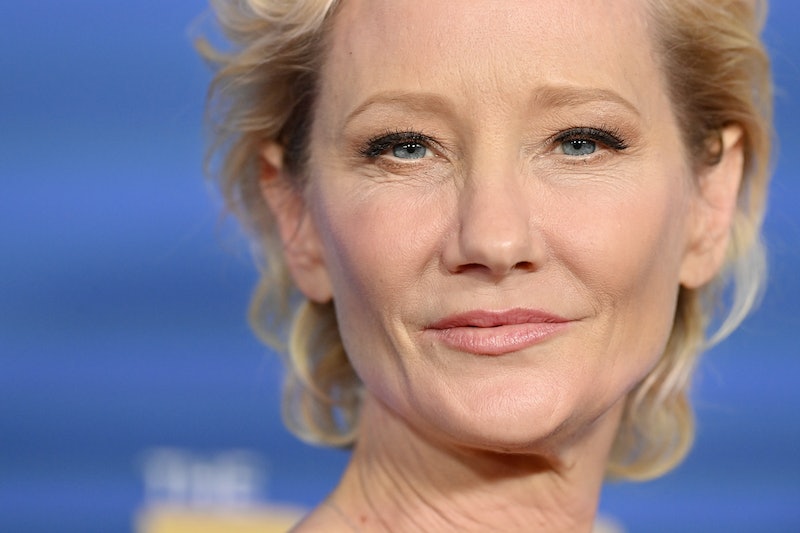 One week after a tragic car crash in Los Angeles, Emmy Award winner Anne Heche died at age 53 on Aug. 12. “We have lost a bright light, a kind and most joyful soul, a loving mother, and a loyal friend,” Heche’s family said in a statement. “Anne will be deeply missed but she lives on through her beautiful sons, her iconic body of work, and her passionate advocacy. Her bravery for always standing in her truth, spreading her message of love and acceptance, will continue to have a lasting impact.”

Survived by two sons, Homer, 20, and Atlas, 13, Heche suffered a severe anoxic brain injury after crashing her Mini Cooper into a Los Angeles home on Aug. 5. The actor, who also sustained severe burns after the car caught fire, was hospitalized in critical condition and in a coma, her rep confirmed, noting that she had not regained consciousness since shortly after the car wreck. By Aug. 12, a spokesperson announced that Heche was not expected to recover from her injuries, though doctors were working to fulfill her longstanding desire to donate any viable organs.

Her eldest son, Homer (with ex-husband Coley Laffoon), also shared an individual statement with the media. “After six days of almost unbelievable emotional swings, I am left with a deep, wordless sadness,” he said, in part. “Hopefully my mom is free from pain and beginning to explore what I like to imagine as her eternal freedom.” The 20-year-old also expressed his appreciation for the “thousands of friends, family, and fans” who “made their hearts known to [him].”

Among the celebrities to pay tribute to Heche on social media were her exes Ellen DeGeneres and James Tupper. “This is a sad day. I’m sending Anne’s children, family and friends all of my love,” DeGeneres, who dated Heche from 1997 to 2000, tweeted on Aug. 12, after news of her passing broke. Hours before the actor’s death, her Men in Trees co-star James Tupper, with whom she shares 13-year-old son Atlas, shared a photo of her on Instagram, simply writing, “love you forever,” along with a broken heart emoji. The Real Housewives of Beverly Hills star Kyle Richards, Terri Hatcher, and Emily VanCamp were among those to offer their support to Tupper in the post’s comments section.

After first tweeting that she was “very upset and sad” that Heche was not expected to live on Aug. 11, Rosanna Arquette added, “Rest In Peace now Anne,” after the news of the Another World actor’s passing broke the next day.

Heche, who competed on Dancing With the Stars Season 29 in 2020, was also the subject of tributes from judge Carrie Ann Inaba and her DWTS partner, Keo Motsepe. “May your soul be at peace,” Inaba tweeted, adding that she will “always remember” her performances on the ABC series. “We will miss your beautiful, unique and free spirited energy.”

As the many tributes show, Heche’s memory will live on for those who knew and loved her.

More like this
Helen Mirren Reacts To Queen Elizabeth II’s Death After Playing Her 15 Years Ago
By Grace Wehniainen and Radhika Menon
10 Photos Of William, Harry, & Their Cousins Honoring The Queen Together
By Stephanie Topacio Long
'House Of The Dragon’s Theo Nate Is A “Massive” 'GoT' Fan
By Maxine Harrison
Don't Worry, Darling, Chris Pine Appears To Be Single Right Now
By Casey Cipriani and Jake Viswanath
Get Even More From Bustle — Sign Up For The Newsletter