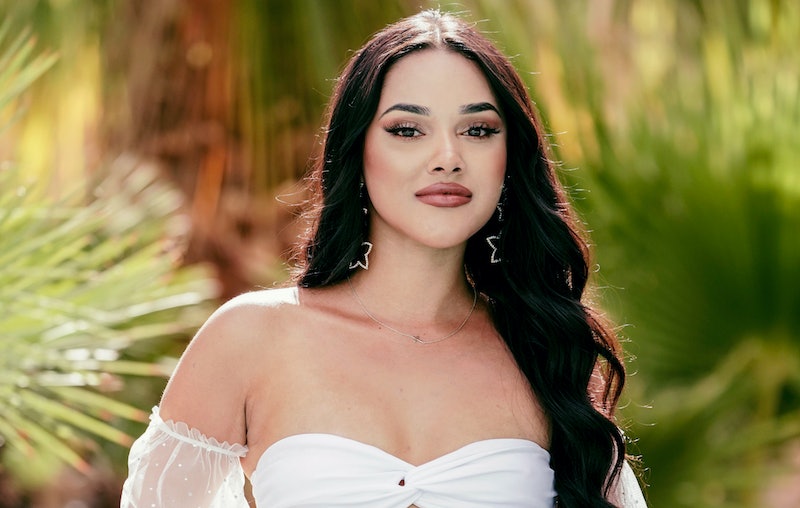 The US version of Love Island is back, but with a little pandemic twist: the Islanders are now confined to the roof of a Las Vegas casino. Not exactly a destination getaway, but the show mechanics remain the same: couple up, or risk getting sent home. With five women introduced at the start of Love Island Season 2, Cely has already proven herself to be a lightning rod for drama, nabbing the attention of three of the guys on the first night. Is she on a fast track for love, or are all these connections doomed to fizzle out early? It's not yet clear, but now's the perfect time to get to know Cely.

Who is Cely from Love Island?

According to Cely's official bio, she's a 24-year-old legal secretary from Sacramento, California. She grew up in the town of Manteca, and was the captain of her high school cheerleading team. She went on to receive a Bachelor's degree in Criminal Justice from California State University, Sacramento.

Cely is proud of her heritage

Cely is fluent in Spanish, and in her intro video she jokes that she's a "spicy Latina" who is looking for a "delicious" man.

Cely's Instagram has a Highlights section dubbed "Star Wars," and she's definitely a big fan of the franchise. She calls her Star Wars marathon watches a "healthy addiction," and was gifted a fancy Baby Yoda ring. She's posted fan art of Anakin Skywalker and Padme, and has supported John Boyega as he speaks out about Black Lives Matter.

Cely's bio notes that she prefers to have meet-cutes with guys in a coffee shop, at the gym, or in a grocery store. She amusingly considers meeting a guy on a TV show more "old-fashioned" than dating apps, which she's never downloaded because "that's a whole other world that's honestly kinda scary."

Maybe? Cely says that her last relationship ended a year ago because they kept getting into heated and dramatic arguments. "He's a Virgo and I'm a Gemini, so we just didn't agree on much," she says in her bio. None of the male contestants are Virgos, so that seems like a good start. She also mentions in her bio that her celebrity crush is Patrick Swayze, who she would have been "100-percent compatible" with because he was a Leo. Carrington is also a Leo; while he's coupled up with Kaitlynn on night one and not her, perhaps these two will find each other in the future? A lot can change on Love Island in a few days, after all.

Regardless, whoever Cely ends up choosing has to appreciate that she's an independent and headstrong spirit. In her intro video, she says her past dates have often told her to "tone it down," to which she told them to "either get on my energy level, or get out!"

"I would rather suck on a wet rag than ever let a man tell me what I can and cannot wear," she says. Being traditional is not her style. She's never been the girl to dream about weddings. "If I’m getting technical, I want to get divorced just as bad as I want to get married," adds with a laugh. "They’re doing divorce parties and I’m like, ‘That looks fabulous!’"

Ultimately, even though Cely says she loves to flirt, she really is looking for someone to who loves and appreciates her for who she is. "I'm so ready to get out there and find myself a man," she says. "Someone who loves Cely as much as Cely loves Cely."

More like this
Love Island’s Latest Winter Season Finally Has A US Release Date
By Grace Wehniainen
'Love Island' Has Added Yet Another Bombshell To The Villa
By Bustle UK
Twitter Is Saying The Same Thing About 'Love Island'
By Sophie McEvoy
This Pre-'Love Island' Video Of Olivia & Zara Together Changes Everything
By Bustle UK
Get Even More From Bustle — Sign Up For The Newsletter
From hair trends to relationship advice, our daily newsletter has everything you need to sound like a person who’s on TikTok, even if you aren’t.