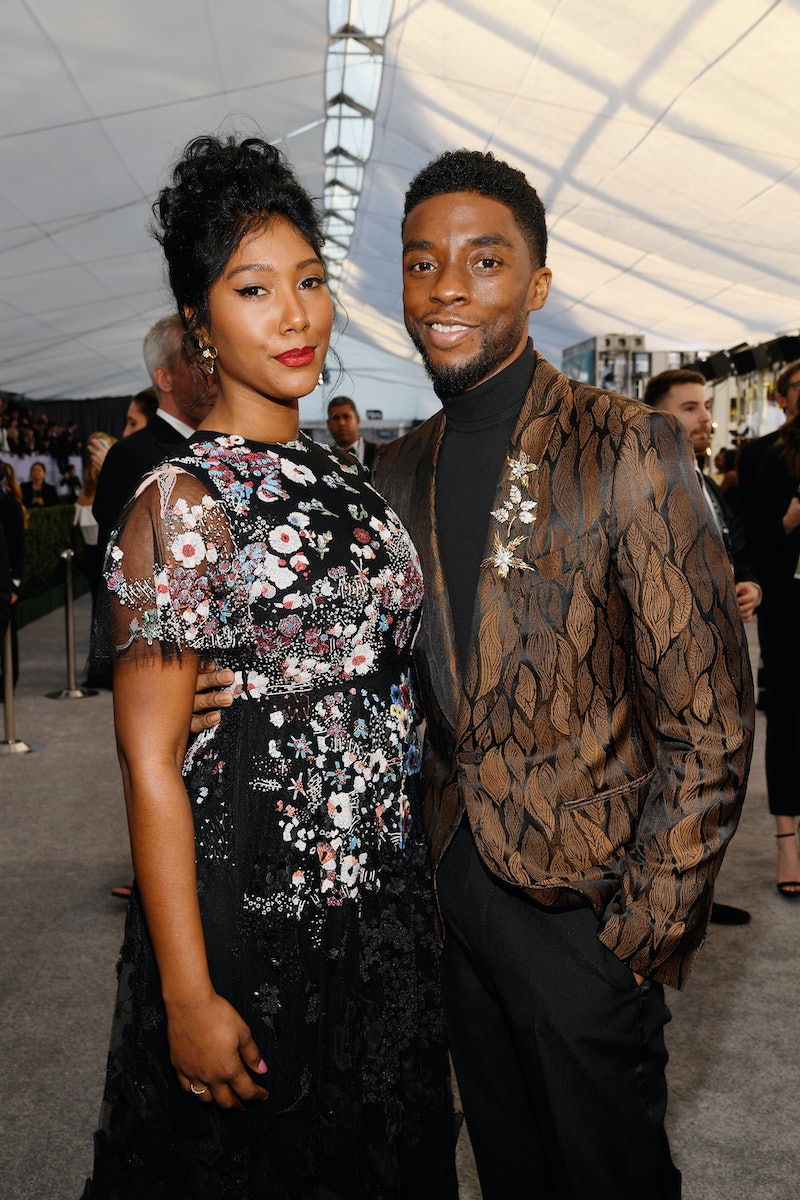 Because the late Black Panther star did not have a will, Chadwick Boseman's wife, Simone Ledward, filed a probate petition in Los Angeles County on Oct. 15, requesting to be made an administrator with limited authority over his estate. The court documents obtained by People the following day also list his surviving parents, Leroy and Carolyn Boseman, and showed the estimated value of that actor's estate as $938,500.

Under California law, when a person dies "intestate," meaning they die without a will, the spouse would inherit all community property and split the individual's separate property with the parents, according to The Hollywood Reporter.

Boseman died in August at the age of 43, shocking fans, who were not aware that he had been privately fighting colon cancer for years. His family announced the news on Aug. 28 in a post on the actor's social media pages. "He died in his home, with his wife and family by his side," they wrote, in part, confirming that Boseman and Ledward had married sometime before his death. "A true fighter, Chadwick persevered through it all, and brought you many of the films you have come to love so much ... during and between countless surgeries and chemotherapy."

Although they largely kept their relationship private, Boseman and Ledward were first photographed together in 2015, before eventually making their red carpet debut at the 2019 Screen Actors Guild Awards in Los Angeles last January. Months later, while accepting the trophy for outstanding actor in a motion picture at the 50th NAACP Image Awards, for his role of T'Challa in Black Panther, Boseman gave his now-widow a special shoutout.

"Simone, you're with me every day. I have to acknowledge you right now. Love you," he said in his acceptance speech. For her part, Ledward mouthed back the words, "I love you."

The couple reportedly got engaged last October, and Ledward was wearing an engagement ring when they made their final public appearance at the 2020 NBA All-Star Game in Chicago on Feb. 16.

More like this
15 Photos Of 'The Last Of Us' Star Pedro Pascal That Cement His Zaddy Status
By Radhika Menon
"Lavender Haze" Star Laith Ashley Breaks Down Filming With Taylor Swift
By Jake Viswanath
Who Is Murray Bartlett Dating? 'The Last Of Us' Star Is Extremely Private
By Alyssa Lapid
Twitter Is In Awe Of Taylor Swift’s “Lavender Haze” Music Video
By Jake Viswanath
Get Even More From Bustle — Sign Up For The Newsletter
From hair trends to relationship advice, our daily newsletter has everything you need to sound like a person who’s on TikTok, even if you aren’t.