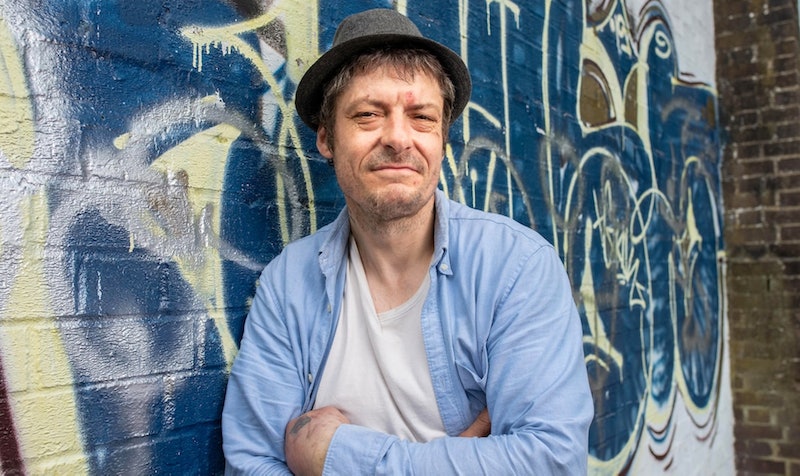 The lives of three men who have had new or replacement penises are the subject of a new Channel 4 documentary premiering May 3. Focusing heavily on the story of 47-year-old Malcolm MacDonald, The Man with a Penis on his Arm follows the father-of-two’s experience of having his reconstructed penis grafted to his arm for six years.

MacDonald had been suffering a long-term infection in the perineum — the area between the testicles and bottom, according to Devon Sexual Health. By 2014, this infection evolved into sepsis, which turned his fingers, toes, and penis black. While his digits were saved and his testicles remained unaffected, the same couldn’t be said for MacDonald’s penis. “When I saw my penis go black I was beside myself,” he told The Sun.

Putting it bluntly, MacDonald said one day his penis “just dropped off onto the floor.” At the time, doctors told MacDonald told him the best they could do “was to roll the remaining stump up like a little sausage roll.” As a result, MacDonald became a recluse and started drinking heavily. “For two years after losing my penis, I felt a shadow of a man,” he said. “My life really fell apart because I had no self-confidence.”

Thankfully, he was eventually referred by his GP to Professor David Ralph, who is an expert in phallus construction at London’s University College. By taking flesh and muscle — as well as blood vessels and nerves — from his left arm, Ralph, and his team were able to reconstruct a new penis by moulding the skin into a penis shape around a vein taken from MacDonald’s left leg.

Doctors also reconstructed his urethra and inserted a penile pump to simulate an erection. However, due to a lack of oxygen in his groin, the penis was grafted to MacDonald’s arm, where it could hang and grow naturally until it was ready to be reattached.

Due to missed appointments, scheduling errors, staff shortages, and lockdown, MacDonald lived with the reconstructed penis on his arm for six years. It was eventually reattached in 2022, during a nine-hour operation. “The first thing I did was look down and I was like, ‘Oh my days. They got it right this time,’” MacDonald told The Sun. “I feel like a real man again.”

Describing this moment as a “turning point” in his life, MacDonald concluded that while his “luck in life hasn’t been good so far... it can only go bad for so long.”