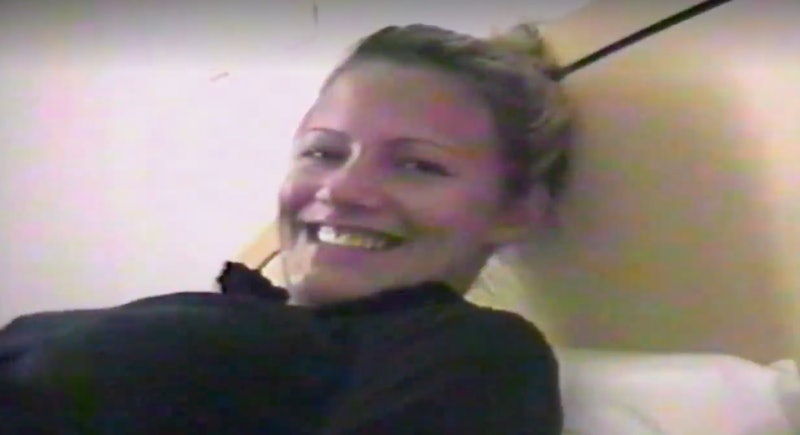 It's been just over a year since Caroline Flack took her own life. Her suicide came after months of intense media scrutiny surrounding an incident with her and her boyfriend Lewis Burton. Her tragic death shook the nation and gave rise to a new wave of the #BeKind movement. A new documentary will celebrate Caroline's life and try to understand her death by speaking to those closest to her. Below is everything we know so far Channel 4's Caroline Flack documentary, including the release date.

When Will The Documentary Be Released?

So far, it is unclear exactly when we can expect the documentary, titled Caroline Flack: Her Life and Death, as it doesn't have a specific release date. It has been listed as "coming soon" by Channel 4, meaning we probably won't have too long to wait to see it on television. Bustle will keep you updated on news in regards to the release date.

What What Will It Show?

The documentary will pay tribute to Caroline, who took her own like on Feb. 15, 2020. It will feature never-before-seen footage and childhood home videos and will explore the life of the presenter and the impact she had on those around her and on the public.

Channel 4 have said the film will “delve beyond the headlines to reveal the complex woman behind the public persona, as well as exploring the pressures that fame, mental health, press and social media had on Caroline throughout her life.”

The film is an ode to Caroline, and a continuation of a project she wanted to work on when she was alive. When it was announced last year, commissioning editor Lee McMurray commented: “After working closely with Caroline throughout 2019, we agreed to make a film with her that would tell her story and reveal what it’s like to live in the glare of such intense scrutiny.

“Sadly, that film will never be made. We hope this project will be a testament to Caroline’s character, work and legacy, and we’re deeply grateful to her family and friends for their involvement.”

Who Will Be Featured?

The documentary will be led by some of her closest friends and family members. These include her mother, her twin sister Jody, and recognisable faces such as Dermot O'Leary and Olly Murs, all of whom will share emotional tributes and personal memories of Caroline.

Ahead of the documentary's release, Flack's family shared some previously unseen photos of the star during her school years.

Caroline Flack: Her Life and Death is coming soon to Channel 4.

More like this
A New Netflix Doc Will Explore The Unsolved Murder Of Jill Dando
By Sam Ramsden
Twitter Has Renamed Ekin-Su After *That* 'Dancing On Ice' Performance
By Sophie McEvoy
'Love Island' Has Added Yet Another Bombshell To The Villa
By Bustle UK
Joey Essex Is Rumoured To Be Dating A 'Love Island' Favourite
By Sam Ramsden
Get The Very Best Of Bustle/UK
Sign up for Bustle UK's twice-weekly newsletter, featuring the latest must-watch TV, moving personal stories, and expert advice on the hottest viral buys.