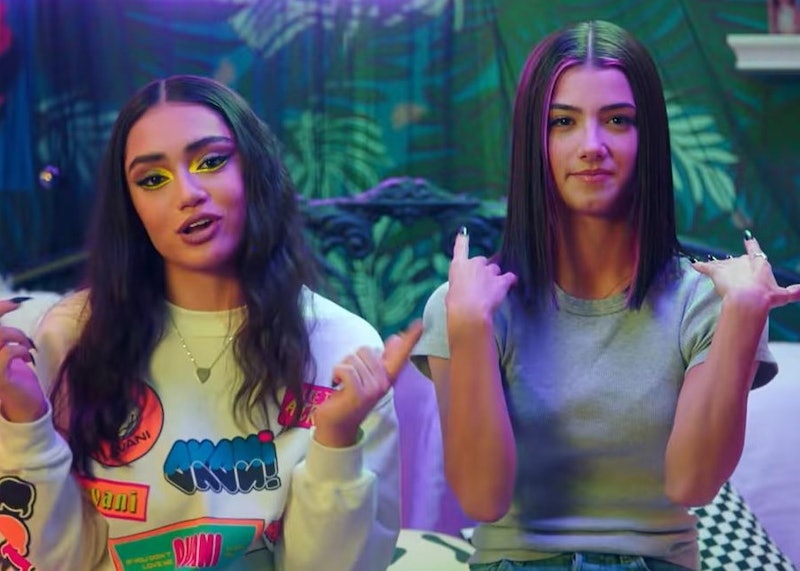 Here for It with Avani Gregg/Facebook

After becoming the first TikTok creator to rack up 100 million followers at just 16 years old, Charli D'Amelio told Avani Gregg she's in therapy to help deal with the rampant cyberbullying she has experienced. The two discussed bullies and bullying for Gregg's Facebook Watch series, Here For It, and their candid conversation shined a light on mental health. D'Amelio opened up to her fellow social media star — a self-described "person who could use therapy" but struggles to talk about her problems — about her "really awesome" sessions with her therapist and what she's learned.

The TikToker shared that she began therapy in November after frequently being targeted for her physical appearance and even received online death threats, and that it was a long time coming. "I used to have such bad panic attacks in the third grade," D'Amelio told Gregg. "This is what happened and this is how it affected me up until literally three weeks ago. It hurt so bad I didn’t want to talk about it."

The teen said she'd bottle up her emotions until she reached a breaking point. "I will cry for three days straight and I’m not even Charli anymore," she said of times when it gets really hard. "I’m just this emotional person that doesn't function properly. And I get into these, like, really, really bad places, and it’s scary for me. I’m not myself, and I don’t know what takes over, but it’s just so much built up that I’m trying to get out all at once, and it's really tough. Especially when you feel like everyone has an invitation to say anything about you."

Fortunately, therapy is "making a difference" in helping her to stop "holding back" everything she's been wanting to say since she was 7, D'Amelio says. Admitting that it took her "a while" to accept that she wasn't OK, she also opened up about the importance of not discrediting emotions "just because you're happy sometimes." Her experience has helped her realize that "it doesn't hurt" to talk to someone or to get help, even when you think you're fine.

Soon, she'll be sharing even more of her personal life with fans. On Dec. 18, Hulu announced The D'Amelio Show, a family reality docuseries co-starring her 19-year-old sister, Dixie, set to debut in 2021. The eight-episode streaming series will take viewers inside the teens' lives with parents Marc and Heidi, as they "navigate their overnight rise to fame while remaining true to their family values," according to People. (Together, the family has a combined 250 million social followers.)

"Many people create impressions of us based off of short content, a few minutes or even seconds," Marc said in a statement. "But now, we're looking forward to sharing a side that you likely don't get to see on our social channels."

Let's hope their show highlights important issues like D'Amelio's conversation with Gregg did.