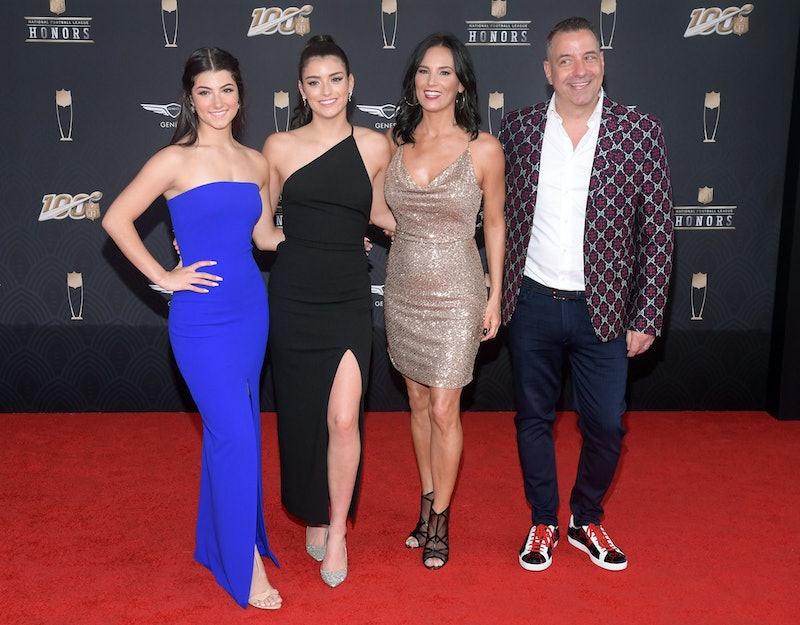 The Kardashians aren't the only famous family headed to Hulu. On Friday, Dec. 18, the streaming service announced that TikTok stars Charli and Dixie D'Amelio will be getting their own eight-episode docuseries on the platform, which will follow the sister duo and their parents, Heidi and Marc, as they navigate the highs and lows of social media superstardom. The series is expected to arrive in 2021.

"We are excited to be joining the Hulu family with a unique behind the scenes look into our life," Marc said in an official press release. "We've always been a very close family, but this experience has brought us even closer and we're really excited to share a glimpse of our lives with the world." Their lives are pretty unique, after all; at just 16 years old, Charli became one of the most famous people on the internet with over 150 million followers, making her the No. 1 most-followed TikToker on the app in under a year.

With fame, however, comes criticism, and the D'Amelios have certainly had their fair share. Just a few weeks ago, Charli lost over 800,000 TikTok followers overnight after posting a controversial video as part of the family's "Dinner With The D'Amelios" YouTube series. Dixie, on the other hand, has received a significant amount of hate over her relationship with Sway House member Noah Beck, which critics have accused of being fake.

"Many people create impressions of us based off of short content, a few minutes or even seconds," Marc's statement continued. "But now, we're looking forward to sharing a side that you likely don't get to see on our social channels." Based on what we know so far, the show will offer fans a look at how Charli juggles her fame with family, friends, relationships, her passion for dancing and more. And while it's unclear just how much we'll get to see of Dixie and Noah's relationship, fans will get to watch the 19-year-old pursue her budding music career.

As soon as Hulu announced that the D'Amelios would be getting their own show, the internet blew up with mixed reactions. "Personally I'm excited for this because I'm so proud of Dixie and Charli," one fan tweeted. "If you don't care DON'T watch and don't comment, it's not that hard to be nice." Several others echoed that same sentiment, expressing their excitement for more of the family's content.

However, there are several other people online who have their doubts about the series, with many wondering if the D'Amelios are entertaining enough in real life to pull off an interesting and engaging reality series.

Regardless of the mixed bag of reactions, Hulu seems thrilled to give the family another way to connect with their fans. "Two years ago Charli and Dixie D'Amelio were virtually unknown outside of their town, and now have over 100 million fans who tune in daily for their every move," said Belisa Balaban, VP of Documentaries, Hulu. "The D'Amelio Show joins our growing slate of docuseries about the human experience and we're incredibly excited to partner with the D'Amelio family to offer viewers an authentic look at the complicated lives of these two relatable young women thrust to the top of the social media algorithm."