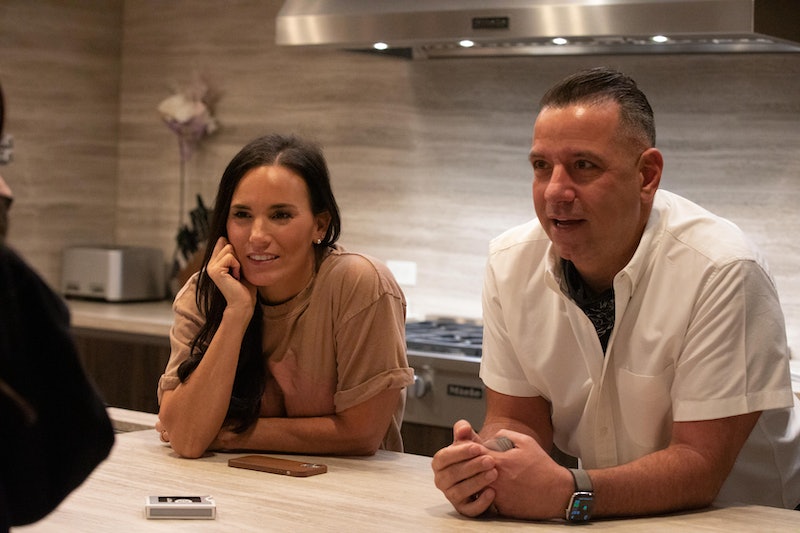 Hulu’s The D’Amelio Show pulls the curtain back on the lives of TikTok stars Charli and Dixie D’Amelio. Premiering on Sept. 3, the reality series features frank discussions about the teens’ mental health and acclimation to sudden fame, as well as a look into their family and relationships. That, of course, includes their parents Marc and Heidi D’Amelio. Ahead of the show, here’s everything to know about the parents of two of TikTok’s most well-known creators.

Marc & Heidi Have TikTok Too

Dixie and Charli may be the stars of the family, but Marc and Heidi have their own social media followings too. Each parent has a TikTok account, with Marc sporting 10.5 million followers to Heidi’s 9.5 million. Marc mostly posts promo for The D’Amelio Show and Dixie’s music, as well as some family videos of their dogs. Conversely, Heidi shares beauty tips, clothing hauls — and, yes, promo for her kids.

The couple also has a podcast called The Other D’Amelios on which they talk about their lives pre and post-fame as well as offer insight about how to raise children in the age of social media. According to a June 2020 interview with The Guardian, both Marc and Heidi have “some experience at the crossover point of consumer and celebrity culture,” having worked in the sportswear and modeling industries, respectively. However, their children going viral isn’t something they were prepared for. “We really thought we’d figured out how to have two kids,” Marc said. “Then this was thrust on us. We had to regroup. Huddle together as a family and figure out all this new stuff.”

Before their launch into the spotlight, Marc also had a brief career in politics. In 2018, he unsuccessfully ran for Connecticut State Senate, initially as a Republican candidate and later as an Independent. His campaign website and campaign Instagram are both still live, though he hasn’t mentioned any aspirations to run again.

Heidi, like Charli, has a background in dance and also worked as a personal trainer. In a 2020 interview detailing her workouts and diet, she talked about eating mostly vegan and plant-based.

They Try To Maintain A Normal Life For Their Family

Despite Charli and Dixie’s success, Heidi insists their family is as ordinary as any other. “I think people will see we’re more like them than different,” she said in a May 2021 interview with Hollywood Life about the Hulu series. “We’re parents doing our best to parent teenage girls. They happen to have millions of eyes on them and on us.”

She elaborated on how she and Marc maintain a balance between their kids’ personal and professional lives in an interview with Elle in December 2020, explaining that they still monitor Charli and Dixie’s phone usage as well as advise them about what to post and what not to post on social media. That may differ from the usual goings-on in a family, but Heidi says that like anyone else, they like to wind down by doing ordinary things like sharing ice cream. “That's our family time,” she said.

Charli and Dixie also spoke about their parents in a September 2020 interview with Seventeen. “Everyone asks if our parents embarrass us, but I think we embarrass our parents more,” Dixie said. “I’ve always said that. They’re just cool. They’re really not embarrassing. I think they’re fun.” Charli added: “[They’re] 10 out of 10 parents.”