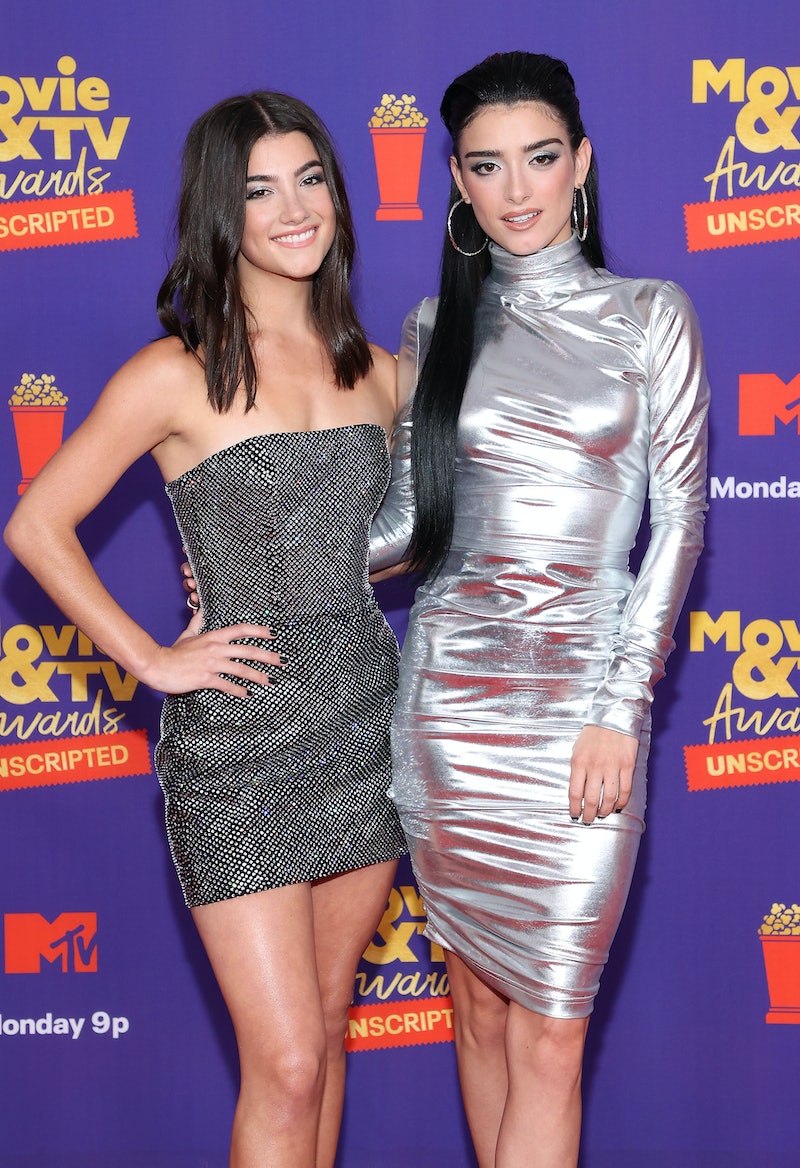 Now that Keeping Up With The Kardashians is ending, TikTok’s most famous sisters are headed to the small screen to fill the void — though technically it’s a much larger screen than their fans are used to. On May 18, Hulu released the first teaser for The D’Amelio Show, a new reality series centered around Charli and Dixie D’Amelio as well as the rest of their family. Set to follow the sisters as they adapt to their monstrous newfound fame — Charli boasts over 150 million followers on TikTok, and Dixie has amassed over 78 million — The D’Amelio Show will offer fans a look into their lives outside of the app that launched their careers. It’ll also focus on their parents’ efforts to protect them from the dark side of fame because life isn’t all “Savage” dances and Dunkin’ Donuts drinks.

As the platform’s most-followed creator, Charli’s life has changed quite a bit since she started posting on TikTok back in 2019. Back then, she lived a normal life with a passion for dancing. Then, she shot to extreme success nearly overnight and has since enjoyed unimaginable opportunities like this reality show, her signature Dunkin’ Donuts drink, and a spot on Forbes’ 30 Under 30 list. The D’Amelio Show will focus on the 17-year-old’s newfound fame, balancing it with family life, and the plight of being a well-known teen. “I still have to make my bed,” says Charli in the teaser clip.

The show also features her sister Dixie, who quickly jumped on the fame train after Charli’s career took off. Dixie, 19, is pursuing a music career in Los Angeles with songs like the simple mental health anthem “Be Happy” and slightly uncomfortably sexy Liam Payne Christmas collaboration “Naughty List.” Based on the teaser, it seems the show will explore Dixie’s protective nature over Charli. “I want to be there for her when she’s going through these sorts of things,” Dixie explains in the teaser.

To round out the family cast, Charli and Dixie’s parents, Heidi and Marc, will also appear in the show. Once their daughters’ careers exploded, the family moved from Connecticut to Los Angeles, so it’s clear their parents are supportive. On The D’Amelio Show, fans will see Heidi and Marc striving to maintain the family’s tight-knit relationship and protect their daughters from experiencing fame’s dark side. However, it’s unclear if the series will explore the family’s controversies, like allegations that Charli and Dixie were rude to their personal chef during an episode of their YouTube series, Dinner With The D’Amelios, and the backlash that followed their vacation to the Bahamas amid a life-threatening pandemic.

Based on Hulu’s teaser, it’s unclear who could appear in the series aside from the D’Amelio family members themselves. However, as the series covers Charli’s TikTok career, it’s possible that her famous friends, including Lil Huddy, Madi Monroe, or Avani Gregg, could make appearances. The D’Amelio Show will also follow Dixie’s music career and studio sessions, which means fans might see one or more of her collaborators, like Payne, Wiz Khalifa, Blackbear, or Lil Mosey.

In a date announcement video posted by Hulu on July 30, the D’Amelio family revealed that all eight episodes of the docuseries will premiere on the streaming service on Sept. 30. A couple of weeks later, Hulu released the first official trailer, which saw Charli talk about public breakups and the “constant terror” that comes with being so famous while Dixie expressed how she feels held to a high standard.

This article was originally published on May 18, 2021