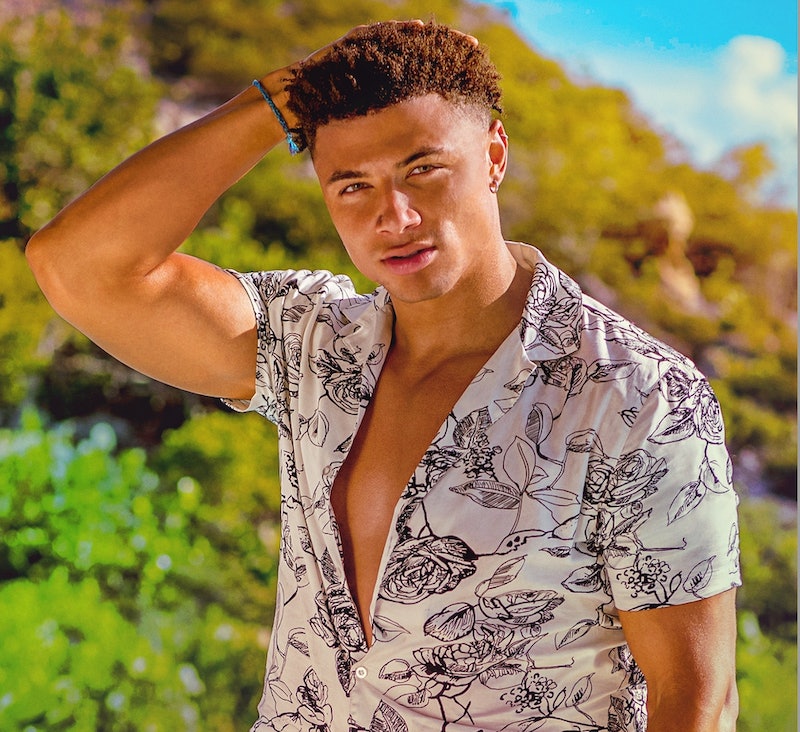 Netflix’s Too Hot to Handle returns for Season 2 on June 23, which means it’s time to get to know the new crop of hot, horned up singles about to get their summers ruined by a robotic cone. The show, which premiered in April 2020, follows a group of daters sent to spend several weeks in a tropical villa. The catch? They’re not allowed to engage in any sexual or intimate activity. Should any of them break the rules, money will be taken out of their collective pot of $1000,000, and will continue to go down every time they disobey. The first season was one of Netflix’s most-watched shows in 2020, and now the network is looking to replicate that success. But as any reality TV fan knows, the show is only as good as its cast. Let’s get to know this season’s contestants, beginning with 24-year-old football star Chase DeMoor.

A defensive lineman originally from Washington state, Chase currently lives in Arizona after briefly playing for the Arizona Rattlers of the Indoor Football League. Previously, Chase played at the collegiate level for Central Washington University. He now plays for the Houston Linemen of the Spring League, which serves as showcase for football professionals, technically making Chase a pro-athlete. According to Chase’s bio per People magazine, being an athlete is one of the factors that helps him keep “admirers lining up” to be with him.

Like many of the Season 1 cast members, Chase already has a sizable following online. As of writing, he has roughly 42,000 followers, with whom he shares semi-regular photos of himself grinning in and out of football gear. But considering his first post was in 2019 and he has only 44 in total, Chase is still relatively new to Instagram. He has more solid footing on TikTok, where he has 1 million followers and treats his audience to videos about football and his family — sometimes both at the same time. In one video, he holds his young nephew while someone throws a football to him from offscreen. The ball almost hits the kid in the face numerous times, but he never flinches. “My one-year-old nephew wasn’t even worried,” Chase captioned the clip.

Chase May Have An Emotional Journey

In his People Magazine bio, Chase says that his sex drive is “100 out of 10,” which, while impressive, will definitely prove to be a detriment on Too Hot To Handle. In his promo video, Chase also says, “When I'm in paradise I'm really excited to see everybody that's going to be there, because I know those girls are going to look great." Unfortunately for Chase, it’ll have to be all looking, no touching.

Still, it appears the experience may lead to some personal development for Chase. “That really brought a lot of emotion that I didn't even know I had,” he says in the Season 2 trailer. Perhaps he’ll come away from the show with a newfound perspective.