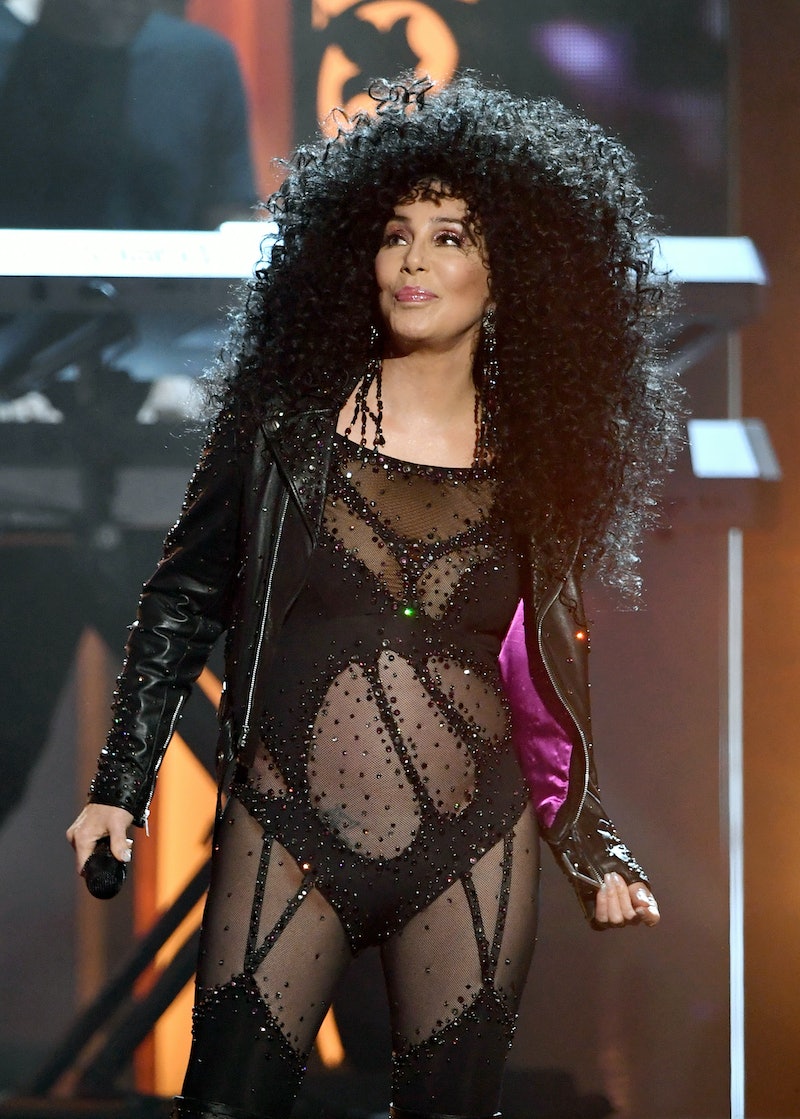 If we could turn back time, we would’ve had a film about Cher’s life years ago. But since time travel isn’t possible, fans of the pop music icon are simply going to have to wait for her to release a biopic on her own accord. Fortunately, there’s one currently in the works, and the “Believe” singer is set to co-produce the project with Judy Craymer and Gary Goetzman, who produced the film adaptations of Mamma Mia!

As die-hard fans know, the “Believe” singer starred in the Mamma Mia! sequel, Mamma Mia! Here We Go Again in 2018. That’s why it doesn’t come as too much of a surprise that she has recruited Craymer and Goetzman for the project. “Gary and I are thrilled to be working with Cher again and this time bringing her empowering and true-life odyssey to the big screen,” Craymer said in a press release. “One cannot help but be drawn to and inspired by Cher’s larger than life talent, fortitude, unique wit, warmth and vision.”

Craymer’s statement went on to explain how Cher’s success went on to inspire generations of entertainment, from film and TV to music. “We could not be happier to tell her story to cinema audiences,” she added. The 75-year-old music superstar also said that her “dear dear friend” Eric Roth will write the screenplay. Roth previously worked with Cher on the 1987 mystery thriller Suspect, and he also wrote the screenplays for many popular films including A Star Is Born, Forrest Gump, The Curious Case of Benjamin Button, and more.

On Wednesday, May 19, Cher officially confirmed the news of her biopic on Twitter. Longtime fans of the pop star, many of whom have been waiting years for the singer to announce a film chronicling her life and career, were thrilled by the news. “I have been waiting for this since I was 15! It only took 50 years! When will it be done?” Twitter user @chelseanr26 tweeted. And while Cher didn’t reveal when the film will be released, she did explain what took her so long. “I Had More life to Live,” she replied.

Many fans on Twitter asked for more information about what they can expect from the film, with several people asking if it will be a musical similar to 2019’s Bohemian Rhapsody and Rocketman. Throughout her career, Cher has many hit songs, including “Believe,” “Strong Enough,” and “If I Could Turn Back Time,” among others. The inclusion of these tracks in the film would bring the energy and nostalgia that Cher fans are craving right now — especially since music venues closed down for more than a year due to the coronavirus pandemic.

It’s also worth noting that Cher isn’t the only music icon getting a biopic. There are films in the works that honor a variety of music legends, including but not limited to Celine Dion, Elvis Presley, Bob Dylan, Michael Jackson, Bob Marley, and Madonna. Like you, we’re thrilled that after years of asking, a Cher movie is finally happening. And since there’s not too much information about it available at the moment, we’ll definitely be keeping our antennas up for more details. Stay tuned.