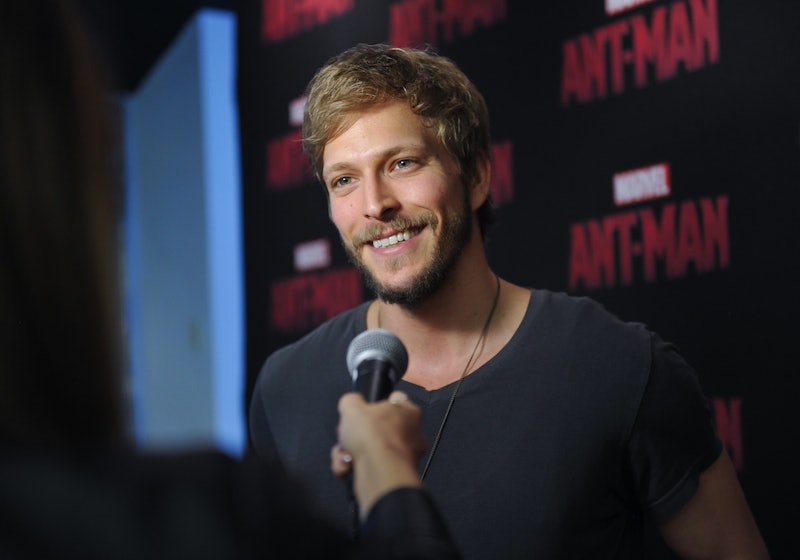 After Team Flash wraps up the Mirror Master storyline, they'll have a new icy villain to battle: Jon Cor's Mark Stevens, aka Chillblaine. While showrunner Eric Wallace changed up the story format in The Flash Season 6 to focus on shorter, 8-episode story arcs — which he calls "Graphic Novels" — he said that Chillblaine is such a fun character that he could cross over into future Graphic Novels. "Jon Cor is doing an amazing job, and I think the fans are going to fall in love with him — a villain I hope they love to hate," Wallace told TVLine.

In the The Flash comics from the 1990s, Chillblaine was the code name used by several men who were introduced as boyfriends of the ice-skating supervillain the Golden Glider (aka Lisa Snart, the sister of Leonard Snart, aka Captain Cold). Lisa always supplied her current Chillblaine with a replica of her brother's cold gun, but they often died in battle because she favored men who were handsome but not intelligent. Her fourth and final Chillblaine ended up being shockingly cruel, as he murdered Lisa so he could have the freeze technology all for himself. Chillblaine IV was later killed by Leonard, and subsequent DC comics rebooted Lisa's whole story and wrote out her murder.

It's likely that this Chillblaine will be very different from his comic iterations. For one, Lisa in the Arrowverse is noticeably different from her comic book counterpart. Lisa (played by Peyton List) and Leonard (Wentworth Miller) appeared on early seasons of The Flash, first as antagonists and later as antiheroes. Lisa was briefly a love interest to Cisco, while Leonard eventually moved over to the time-hopping Legends of Tomorrow team. Leonard sacrificed himself at the end of Legends of Tomorrow Season 1, while Lisa rode off into the sunset after The Flash Season 2. It's not entirely clear if Lisa knows her brother is dead, and there have been no hints that either actor will be returning to reprise their roles.

It sounds as though Arrowverse's Chillblaine will be more of a solo cat burglar, per Entertainment Weekly. Chillblaine's official description says that he's a "charismatic bad boy obsessed with cryogenic technology, and when he's not breaking into corporate safes, he's busy breaking hearts." The description also mentions that he's armed with his own cold weapons, so it's unlikely that the Snarts will reappear in Season 7.

It's understandable that the writers wanted to avoid introducing Chillblaine's concerning backstory with Lisa, and what The Flash's Chillblaine does from here is anybody's guess.

More like this
Here’s What Happens To Bill & Frank In 'The Last Of Us' Video Game
By Brad Witter
Michael B. Jordan Tackled His "Public Breakup" With Lori Harvey On 'SNL'
By Brad Witter
Who Is Murray Bartlett Dating? 'The Last Of Us' Star Is Extremely Private
By Alyssa Lapid
Shonda Rhimes Responded To The Surprise Exit Of A Day 1 'Grey's Anatomy' Figure
By Grace Wehniainen
Get Even More From Bustle — Sign Up For The Newsletter
From hair trends to relationship advice, our daily newsletter has everything you need to sound like a person who’s on TikTok, even if you aren’t.