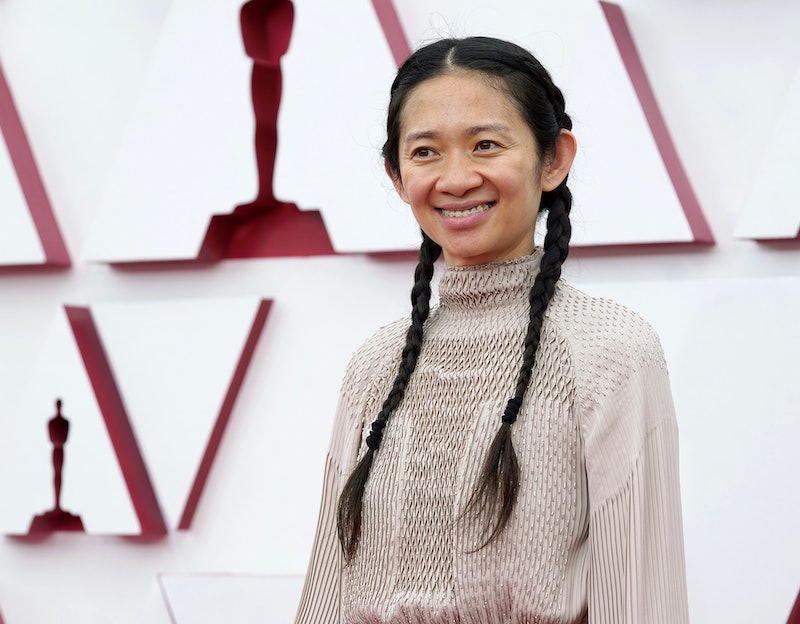 The Oscars didn’t have to reach the end of the night to make history. Midway through the show, Chloé Zhao won Best Director for her 2021 film Nomadland, making her the first woman of color and second woman to ever win in the category. (Kathryn Bigelow, who won in 2010 for The Hurt Locker, was the first.) She is also the first Asian woman to be nominated for and to win the Oscar for Best Director.

Nomadland, which stars Frances McDormand as a woman who traverses the American West after losing her job and selling most of her belongings, is Zhao’s third feature directorial effort. She previously directed 2015’s Songs My Brother Taught Me and 2017’s The Rider. With Nomadland, Zhao beat out fellow nominees David Fincher (Mank), Aaron Sorkin (The Trial of the Chicago 7), Thomas Vinterberg (Another Round), and Emerald Fennell (Promising Young Woman).

In her speech, Zhao recalled an idiom that became a guiding principle for her during filming: “People at birth are inherently good.”

“I have always found goodness in the people I met,” she said, adding that her win was “for anyone who has the faith and courage to hold onto the goodness in themselves.”

Twitter, naturally, was over the moon about both Zhao’s win and speech. “She nailed it. The whole thing. Like I said, a class act. Congratulations Chloe Zhao, a most deserving winner,” wrote The Farewell director Lulu Wang.

Many users were stoked about what this meant for Zhao’s broader career, including her upcoming directing slot on Marvel’s The Eternals.

Others were quick to note what her win represented in the current moment, particularly amid a spike in violence against Asian Americans.

That Parasite director Bong Joon-ho — who won Best Picture, Best Director, and Best Original Screenplay last year — got to present Zhao’s award made the night all the sweeter.