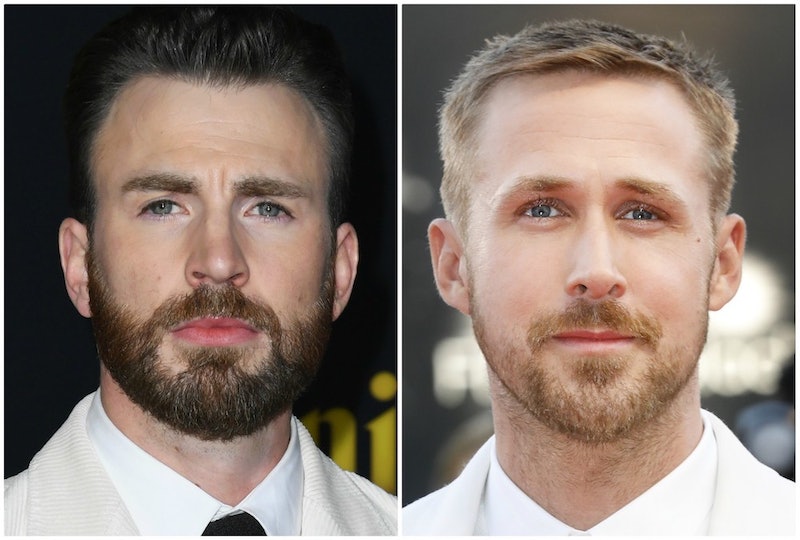 Joe and Anthony Russo, the directors (and brothers) behind Avengers: Endgame, have a new film with not one, but two heartthrobs. The brothers will direct Chris Evans and Ryan Gosling in The Gray Man, a Netflix thriller based on the 2009 novel by Mark Greaney of the same name, according to a Deadline exclusive published on July 17. The film adaptation will follow Court Gentry (Gosling), a freelance assassin and former CIA operative, as he is hunted across the globe by his former CIA colleague Lloyd Hansen (Evans).

The script, penned by Joe, will also be polished by Avengers: Infinity War and Endgame writers Christopher Markus and Stephen McFeely. Mike Larocca, Joe Roth, and Jeff Kirschenbaum will produce. The Russo brothers told Deadline that the hope is to create a film franchise with Gosling at the forefront. “The idea is to… build out a whole universe, with Ryan at the center of it,” Joe told the publication. “We have all committed to the first movie, and that’s got to be great to get us to the second movie.”

Anthony invoked Captain America: Winter Soldier and said, “The movie is a real mano a mano between those two great actors who represent two different versions of the CIA, in what it can be, and what it can do.” He added, “For those who were fans of Captain America: Winter Soldier, this is us moving into that territory in more of a real-world setting. That’s what this movie really means for us.” While a theatrical release has not been set yet, production is expected to begin in January 2021.

The film reunites the Russo brothers with Evans, who starred in the Avengers and Captain America films. Evans took to Twitter after the news broke and wrote, “Been excited about this one for a while! Round 5 with @Russo_Brothers.”

Of course, the news that Evans and Gosling would both be starring in the same film made Twitter users extremely [redacted]. Check out some of the thirsty reactions below.

Netflix’s The Gray Man isn’t the only film that has reunited the Russo brothers with Avengers stars. The duo also released Extraction, the Netflix thriller with Chris Hemsworth, back in April to positive reception. Joe and Anthony are also in post-production on the Tom Holland-led film Cherry, a crime drama based on Nico Walker’s novel of the same name.