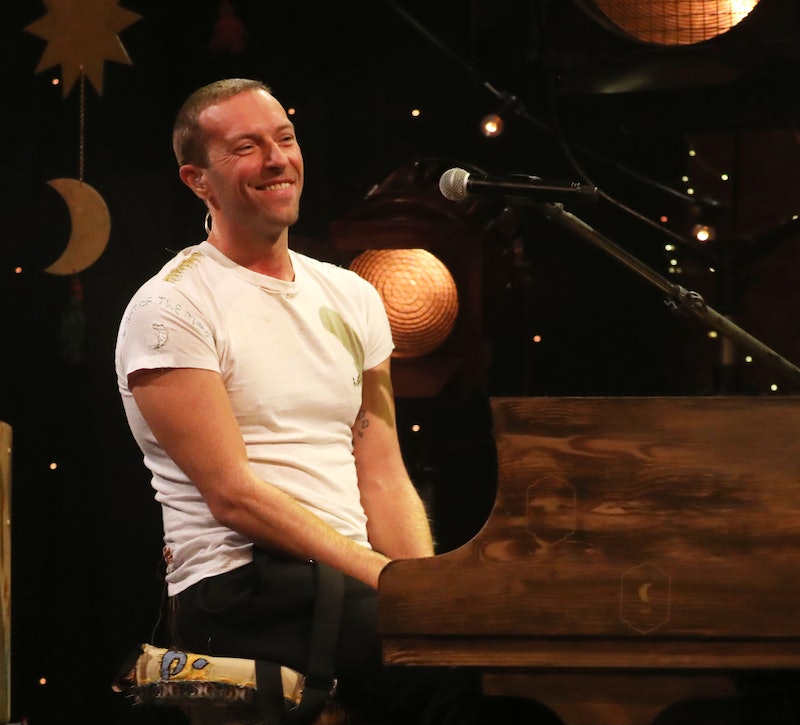 In case you didn’t know already, Chris Martin loves Glastonbury — and spotting Coldplay’s lead singer around Worthy Farm feels as inevitable as walking past the Pyramid stage, or pulling a late one at the stone circle. As well as headlining the music festival a whopping four times with Coldplay, Martin made two solo surprise appearances in 2019 alongside legend’s slot icon Kylie and headliner Stormzy. And though he kept a lower profile at this year’s edition, fans spotted the musician and his girlfriend, actor Dakota Johnson watching the likes of Sam Fender and Phoebe Bridgers around the site.

On his way back home after the festival, meanwhile, the artist made a pitstop in a West Country pub, where he surprised unsuspecting punters with an impromptu performance. He and Johnston were visiting the The Stag Inn, in Hinton Charterhouse near Bath. The boozer’s just over half an hour away from Glastonbury’s iconic site in Pilton.

“We had just finished lunch service and I was at the bar when this man walked in and I said to the lad sat next to me, ‘Crikey that fella looks like Chris Martin,’” pub landlord Chris Parkin told Somerset Live.

After serving the Coldplay singer and his group a few pints of Guinness, the locals left them to sit outside on a picnic bench, but later on Martin overheard a discussion about an upcoming wedding taking place at the pub, and began chatting to the bride and groom. When they revealed their chosen first dance was going to be Coldplay’s “Sky Full of Stars” the singer unexpectedly offered to perform it on a nearby piano for a group of lucky pub-goers. Martin apparently stopped short of belting out the “Ghost Stories” track’s high notes due to being a “little hoarse” after “partying all weekend.”

“It was a bit surreal to have such a huge star like Chris Martin in the pub,” Parkin added. “But he was a really pleasant chap, really nice.” Cheers to that!