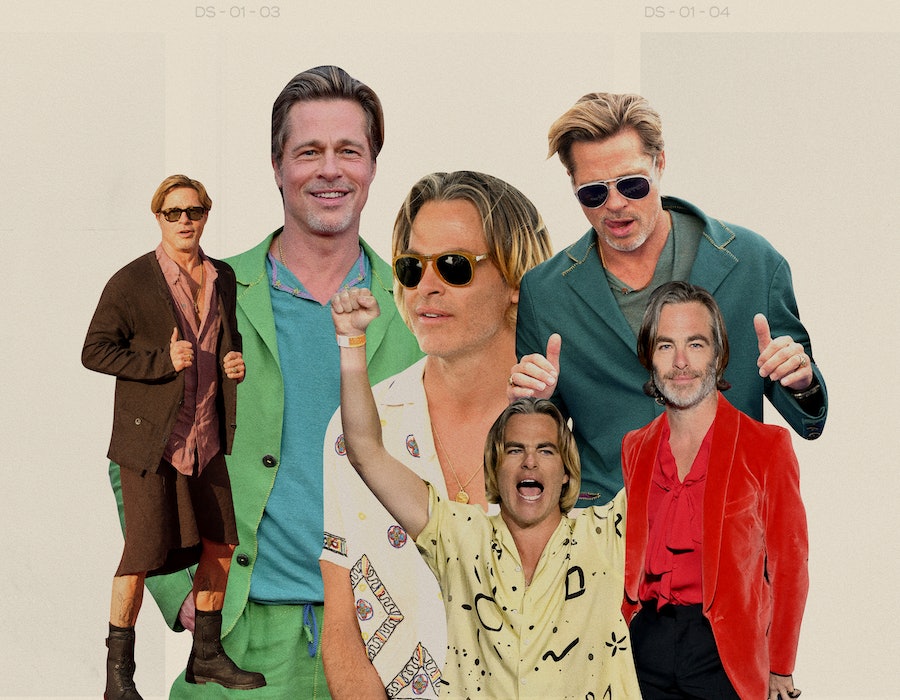 Over the last decade, members of the previously homogenous group of “Hollywood Chrises” have found ways to differentiate themselves. Chris Pratt, 43, embraced an outwardly religious and pro-law enforcement identity, while Chris Hemsworth, 39, opted for “absolutely jacked and Australian.” Chris Evans, 41, has cultivated the vibe of your friend’s good-looking older brother by dating Jenny Slate and wearing weird suits. But Chris Pine, also 41, has remained somewhat of a bland mystery.

When he rose to fame in the mid-aughts — his first role was the romantic lead in The Princess Diaries 2: Royal Engagement — he was clean-cut and a little basic, and pretty much indistinguishable from his peers in the industry. Adding to his normie image was his penchant for dating pretty and approachable reality stars: Audrina Patridge of The Hills, Vail Bloom of Vanderpump Rules. Though he has always been handsome, he has not, historically, come across as very deep.

But in the last year, Pine has at long last found a style that separates him from the leading-man pack: hippie dad. He is not strictly a hippie, of course — he will reportedly be paid $11.5 million for his star turn in the upcoming Dungeons & Dragons movie — and he is also not a dad (that we know of). But he has embraced a bohemian, long-haired style of late, like a rich stay-at-home dad who spends his days painting in the garage. (Esquire dubbed his new look “blue-chip hippie,” owing to the fact that most of his newly acquired Bode shirts to Gucci loafers are high-end.) While Pine used to get photographed skulking out of clubs with mystery blondes, now he makes pap strolls to independent bookstores and shows off his literary picks, like Jon Kalman Steffanson's Summer Light Then Comes the Night and Agustina Bazzterica's Tender Is the Flesh. He tools around the East Side in a cherry-red Alfa Romeo and a vintage Porsche Speedster, overgrown hair and beard flowing in the wind.

What prompted this rebrand? Perhaps this is just Pine getting older and expressing his true self. Or perhaps his team at CAA has decided that a shaggier look is what’s selling in the 2020s. Harry Styles, who is officially an actor now, is wholly embracing ‘60s style and has never been more famous. More straight-laced A-listers like Ryan Gosling and Ryan Reynolds (the Hollywood Ryans) look boring by comparison.

Pine also follows in the footsteps of Brad Pitt, who has grown out his hair, taken up pottery, and launched a line of $2,000 cashmere button-downs with a spiritual healer that’s currently available for purchase on Goop. All this has come in the wake of Pitt’s protracted divorce from and custody battle with Angelina Jolie, which has not been kind to his image — the actor knows the power of a rebrand.

Pine, by comparison, did not have a scandalous past to cover up prior to growing a long beard, just a boring one. I hope he likes his new look, and that he is finding plenty of time to read.

More like this
Marcus Mumford, Open Book
By Ilana Kaplan
The Indigo Girls Taught Me Queer Relationships Could Be Messy, Too
By Hannah Soyer
Kim Kardashian On The Beauty Hack That “Changed My Life, My Skin, My Confidence”
By Taylor Jean Stephan
Judy Greer Is The Main Character
By Anna Peele
Get Even More From Bustle — Sign Up For The Newsletter