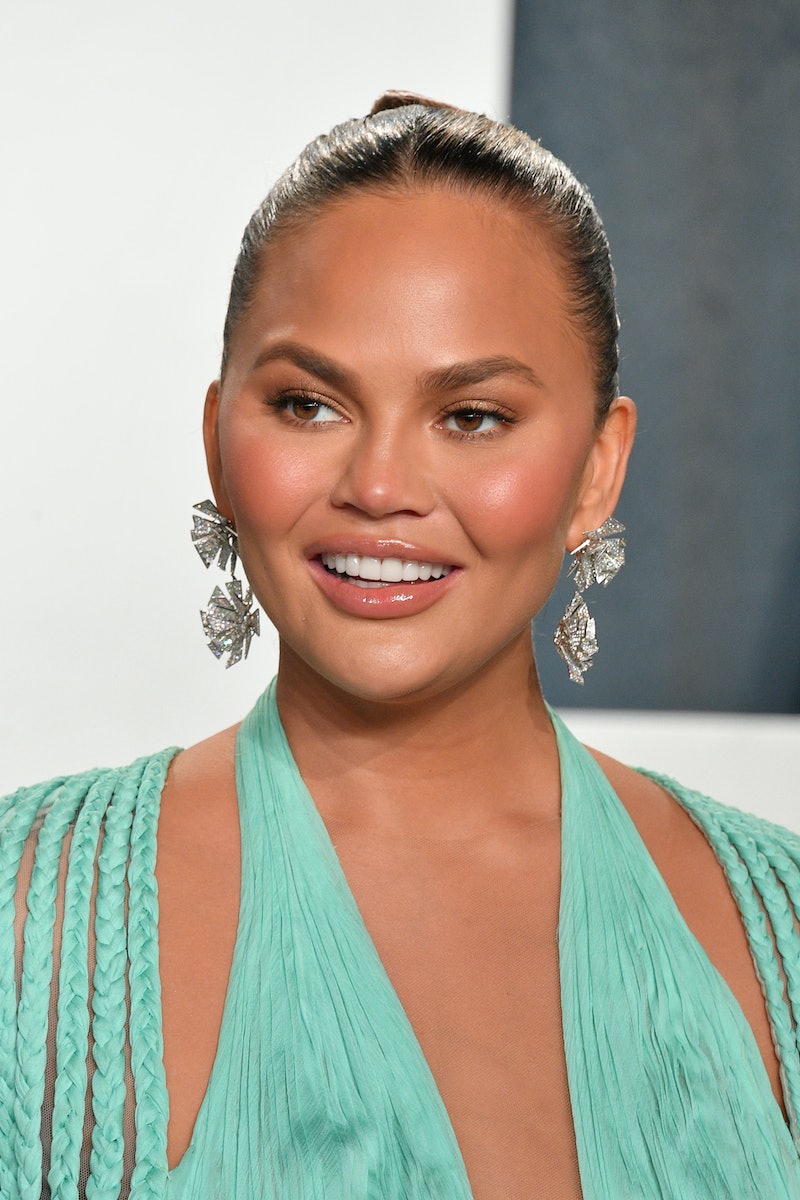 After posting about her new hobby on social media, Chrissy Teigen responded to backlash for saying that she took up horseback riding amid the coronavirus pandemic. On Saturday, Jan. 16, Teigen shared a photo of the horse on Twitter and wrote: "My therapist says I need something that I do for just me, as I have absolutely nothing currently lol. Today begins my journey into the horse world."

Unfortunately, some Twitter users thought the Cravings cookbook author had bought the horse and criticized her for flaunting her wealth during the pandemic, which has left millions of people unemployed and struggling to make ends meet. Many people told Teigen to "read the room," with one user remarking that "maybe now isn't a great time to say you 'have nothing' so you bought a horse to entertain yourself."

The model responded by taking responsibility for miswording her tweet before clarifying that she didn't actually buy the horse. "A lot of u really misinterpreted this tweet and I guess that’s on me," she wrote. "I didn't say I have nothing, I said I have nothing I do for just me. A convo with a therapist. A hobby. 'Cause I lost a baby. And I’m figuring myself out. And I didn’t buy a horse. But oh my god, what if I did?"

Teigen has been very open about dealing with depression since announcing in October that she and husband John Legend lost their third child, who they planned on naming Jack. In November, she revealed on Twitter that she was in a "bit of a grief depression hole," but that she was very grateful for the support. "Do not worry as I have so much help around me to get better and I’ll be fixed soon," she wrote. "They’ll call when I'm better and ready for pickup and u can swing by and grab me ok? thank u and love you."

Before responding to the horseback riding outcry herself, many Twitter users defended Teigen and asked others not to judge how she heals from her pregnancy loss, especially since this was a method recommended by a therapist. But Teigen seems to be moving on from the backlash quickly; on Instagram, she shared a photo of her and her daughter at her first riding session. "First ride AND first jeans for Luna," Teigen wrote. "She had an epic jean meltdown, really beautiful acting 10/10."